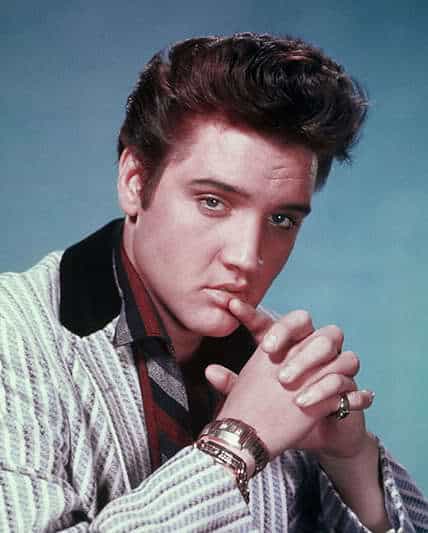 Elvis Presley hairstyle.
Rock star hairstyles are nothing new. They have been around at least since Elvis Presley stepped onto the stage of the Ed Sullivan show way back when. His mussed hair and long sideburns created almost as much of a stir as did his hip gyrations, which were edited out of the footage for being “obscene.”

As rock evolved, so did the hairstyles of rock stars. Before the Beatles, every self-respecting rock star imitated Elvis. Then came the album, “Meet the Beatles” and the long-haired look became the obligatory rock star style.

In retrospect, there wasn’t anything very radical about the Beatles’ so-called “mop-top“, but at the time, allowing your hair to completely cover your ears was radical, indeed. Not to be outdone, the Beatles’ nearest rivals, the Rolling Stones, grew their hair even longer. That trend continued throughout the sixties and into the seventies until shoulder length hair was eventually considered to be excessively short. 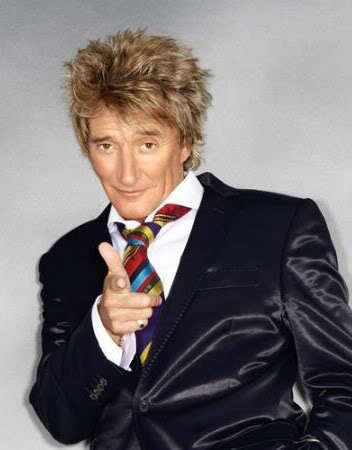 Rod Stewart’s rock star hairstyle
Rock star hairstyles continued to evolve. When Rod Stewart went solo, he became as well-known for his hairstyle as he was for his beautiful wife. Later, when he was well into his forties, he commented that one of the prices of fame was the “ridiculous hairstyle” that had become his trademark. 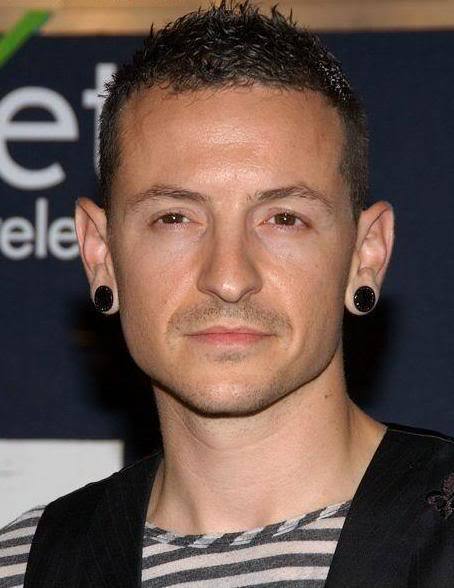 Chester Bennington clipper cut hairstyle
Today, rock star hairstyles have taken a turn that many old rockers may find disturbing. The clipper cut style has been popularized by Linkin Park’s Chester Bennington. Short on the sides but with just enough length on top to have a slightly grungy edge, one of the advantages of this style is that you can get it at your local barbershop.

If Chester Bennington is anything to go by, it may be said that the rock star look has devolved in recent years. How can a haircut that you can get at the downtown discount barber shop set you apart as a rock star? After all, rock star hair gave birth to a lucrative new business model, the men’s boutique hair salon. Will they now all be going out of business?< Not likely. If there's one thing all rock stars feel obliged to do, it is to set trends. First they distinguish themselves by their music, but their rock star hairstyles come a close second. Ever since Samson made the mistake of letting Delilah cut his hair, men have known that a man's hair style is as important to a man as a woman's is to a woman. More rock star hairstyle pictures: