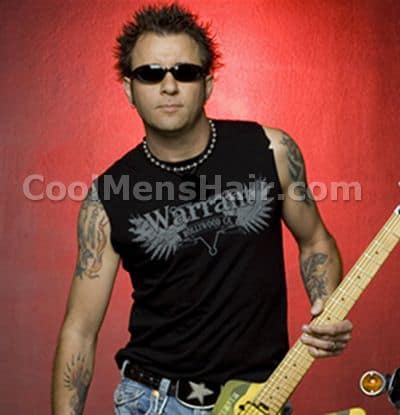 Erik Turner is best known as the guitarist and co-founder of the group Warrant. Bassist of the group and the other founding member is Jerry Dixon. Turner is in his late forties, but still has a full head of reddish blond hair. A spiked style is one version of this musician’s look.

The spiked hair doesn’t move in any specific direction. It is about one to two inches long on top. The sides of his head features shorter hair, but still quite full, although it is not notably spiked on the sides. His sideburns are quite long, extending to earlobe level. 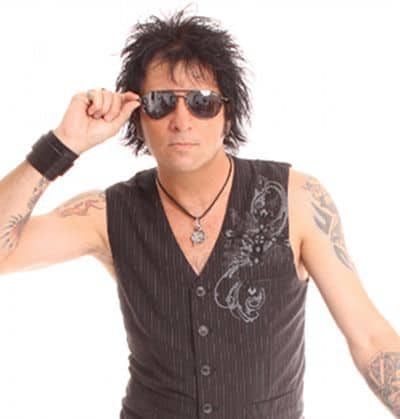 Another version of the same basic design and stylistic elements is longer and significantly darker. In fact it is a dark brown. The sides are fuller. The ends of the hair are razored with straight razor or razor comb to create a messy look. In this version of his signature look, the sideburns are not nearly as noticeable as well as being finer.

The hair on the back of head is longer and not spiked. It retains the same full image as is found on the sides. The length is above the collar line and is not spiked on the rear of the head. The design requires regular trims, as is true with any style. It is given body and definition by using a light weight gel for general conformation. Heavier strength support is needed to pull the spike up and out on top of his head.

Erik Turner hairstyles are ones that would translate well for almost any age group. It does require conditioning, frequent trims to keep the weight of the hair from causing flattening, and lifting techniques to refresh the lines throughout the day. It suits an active lifestyle, but is a design that will need some attention beyond wash and wear.