Tony Kanal, the bassist for American rock band, No Doubt, is an American songwriter, musician, and record producer. He was born in London, England on 27 August, 1970 and lives in Anaheim, CA, USA. Despite being American, of Indian descent, he has blond hair. 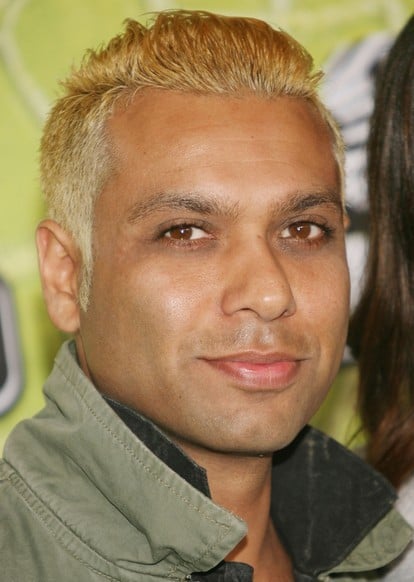 The musician has the characteristic thick hair common to those originating in India. However, he keeps his dyed blond rather than allow it to remain black. This creates a striking contrast between his hair color and his complexion. The overall effect makes him quite good looking.

He wears his hair cut short in a conservative style that would be acceptable in any occasion. The sides and back are cut very short so that they lay close to his head. The top is about an inch to two inch long, making it possible for him to use pomade to make it stand upright. The blond color creates an effect similar to flames on top of his head.

He has also been photographed with the hair brushed down so that it lay next to his head with extremely short bangs barely touching his forehead. This style looks good on him as well because it accentuates his facial features.

The Tony Kanal hairstyle takes a great deal of effort to maintain. This is because he must bleach the hair at regular intervals to keep the darker color from reasserting itself. Any more than two weeks between bleaches and he begins to show dark roots.

He also has to have it cut at relatively frequent intervals to keep it short and looking sharp. Styling is usually a simple matter of applying pomade to his hands and running through the hair to stand it up. Otherwise, he simply combs it back and it stays in place quite well.