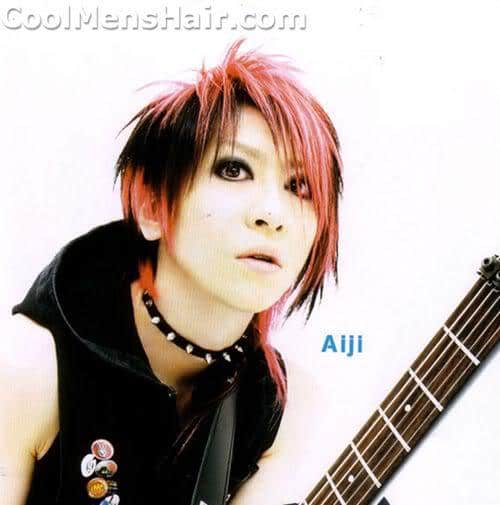 Aiji is a Japanese musician. He currently plays guitar and does backup vocals for the visual kei band, LM. C. Prior to this, he was the guitarist for the band, Pierrot. LM. C plays a type of music that has come to be known as New Century Electrock, a combination of rock and electric pop. Being a visual kei artist, hair is an important part of Aiji’s image. 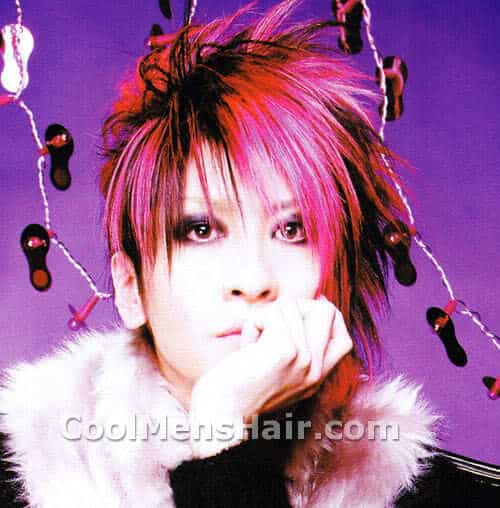 He wears his hair cut to a medium length. It is dyed to produce bright red stripes among the natural black. A razor was used to produce a rough texture and to create various lengths.

He brushes the hair so that part of the fringe hangs down to the right of his right eye. A few shorter strands hang to just above this eye. The rest of his fringe angles toward the left and partially obscures the left eye. 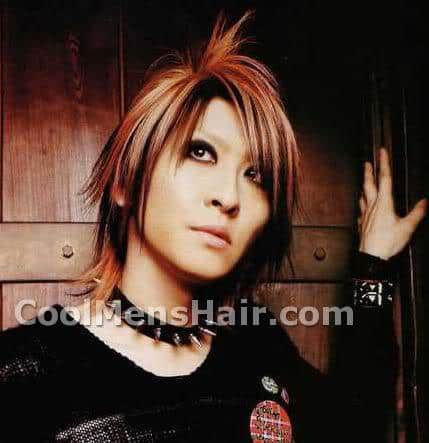 He uses gel to create spikes that stand up from the crown of the head in random directions. The rest of the hair is gelled so that it hangs stiffly and stays in place. The back of the hair is cut a bit shorter than the front and requires less product.

He has also styled the hair so that it is parted in the middle with the fringe hanging to each side of the face. The hair in front is teased so that it stands up a bit before it turns to hang. This gives it a bit more volume in front. 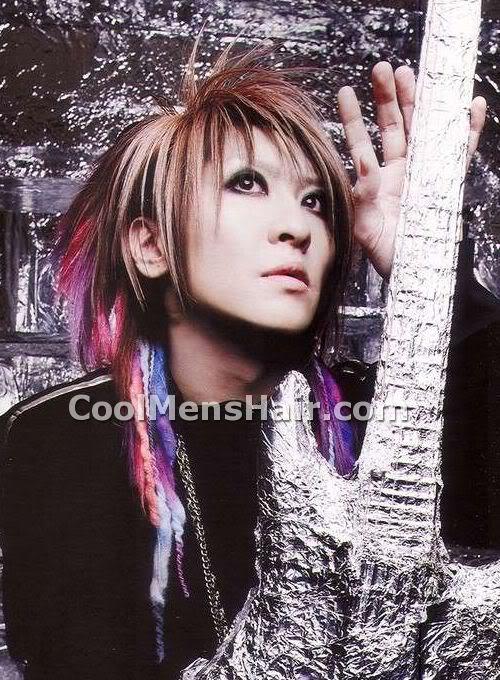 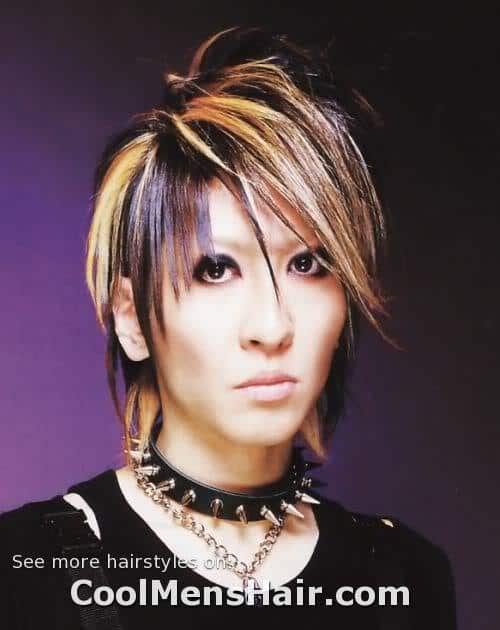 In the past, he has worn these same hairstyles, but had the color done so that he had blonde stripes or been completely blonde with porcupine spikes all over the head. The Aiji hairstyle changes from time to time as the performance changes. This is because the visual image is a part of the music.