Keith Richards is an English musician, song writer, and founding member of the rock band, The Rolling Stones. He has been named the fourth greatest guitar player of all time by Rolling Stone Magazine. 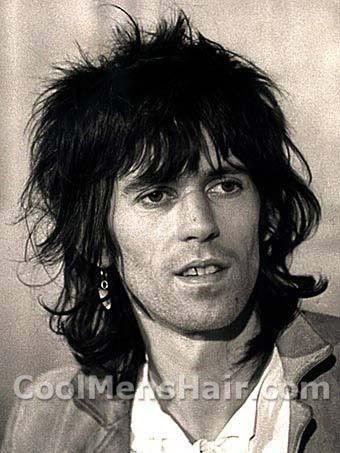 In his younger days, he wore his hair long. It came down to his shoulders and he kept a fringe that almost covered his eyes. He later had the hair cut short enough that one could see his ears and it did not touch his collar. Today, the length lies somewhere between these two extremes. 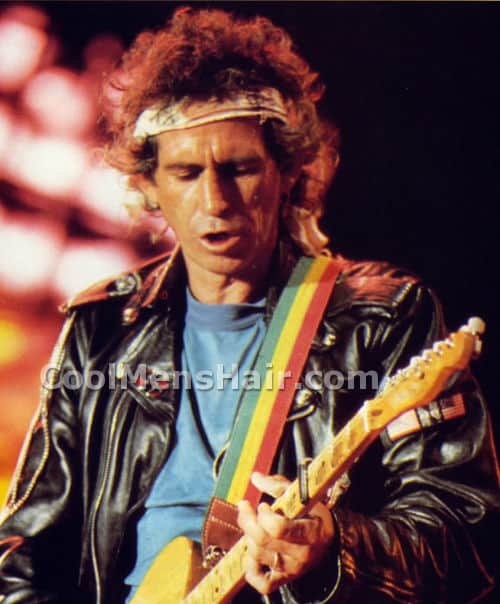 One common factor, regardless of length, has been the way his hair was styled. Actually, one could say the way it was not styled. His hair almost always looks as if he has done absolutely nothing with it. It stands out from his head in a wild disarray that goes in all directions. It is known that he does wash and care for it because he does not have dreadlocks. However, it appears that no comb or brush has ever touched his locks.

When performing, he does make one concession to the need to keep it out of his eyes. This is accomplished by wearing a head band that holds the front of the hair up and back so that his face is clear. The band is worn high on his forehead, near the hairline. It pushes the hair back so that it seems to stand straight out behind him.

The Keith Richards hairstyle is not one that most men would want to imitate. While he is a musical genius, his hair looks as if he does not care about his appearance at all. It looks like he has never invested in a comb, brush, or any styling products.