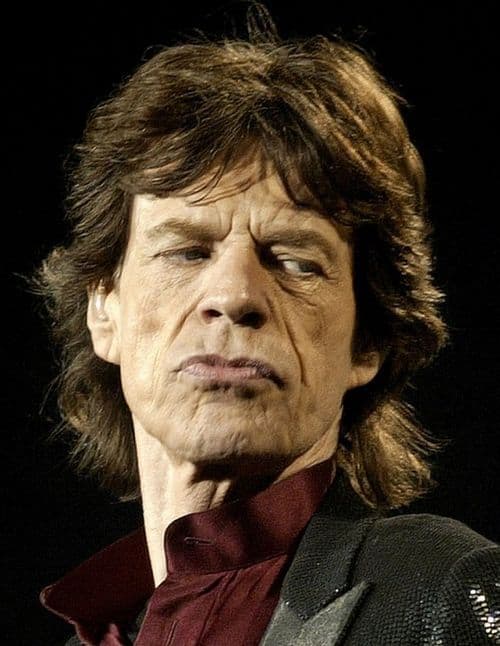 Mick Jagger is the lead singer for and founding member of the perennial rock superstar group, The Rolling Stones. He is also a musician and a prolific songwriter. He has been inducted into the Rock and Roll Hall of Fame and was knighted Sir Michael Philip Jagger in 2003 by the Queen of England. His has been one of the longest and most storied careers in the history of modern music. Here is a look at the Mick Jagger hairstyle.

Since the beginning of his career, Mick has worn his hair in basically the same hairstyle, with only minor variations. The back is about shoulder length. The sides start out relatively short in front and fade to the back so that they blend in smoothly with the back hair.

His bangs are just long enough to cover the eyes if he did not part the hair and comb them to either side. They are generally feathered to blend into the side with a smooth texture. 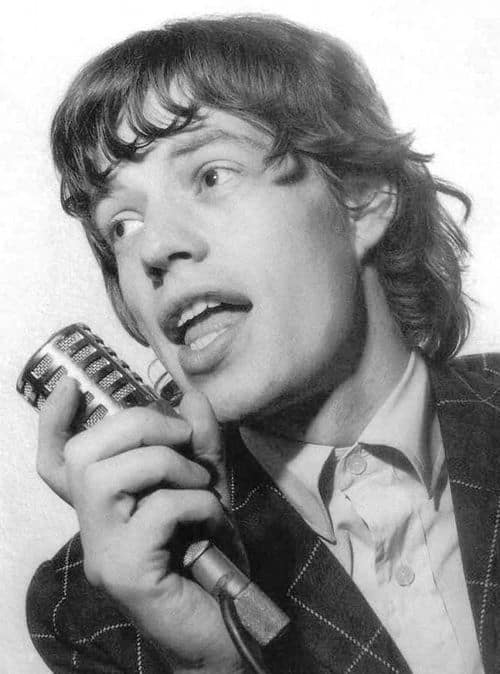 In the early days of his career, he kept his hair very straight, only allowing a slight curl at the ends. Over time, he has relaxed this a bit so that his hair has taken more natural curl. This serves to keep it looking thick and full. It also makes styling and maintenance easier.

Where he once had to iron his hair to straighten it and apply wax to hold it in place, today, he can simply run his fingers through it and pull it into place. A spritz of hair spray is all that is needed to hold it in place because the curly hair locks in place naturally against itself.

The Mick Jagger hairstyle has changed very little over the years. If anything, it looks more natural today than in the 1960s, when he first began to perform.