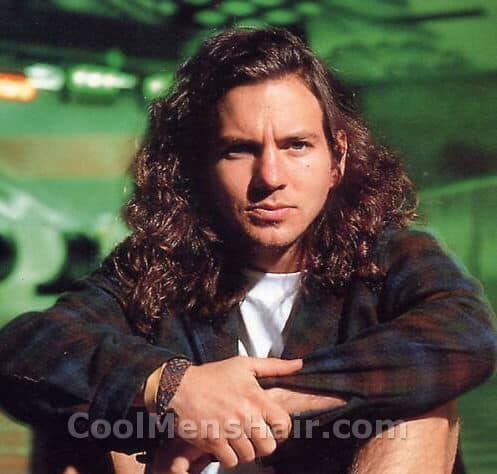 Eddie Vedder is an American singer/songwriter and musician. He is the lead singer for the band, Pearl Jam, as well as being one of three guitar players in the band. Rolling Stone magazine has ranked him as the seventh best lead singer of all time. 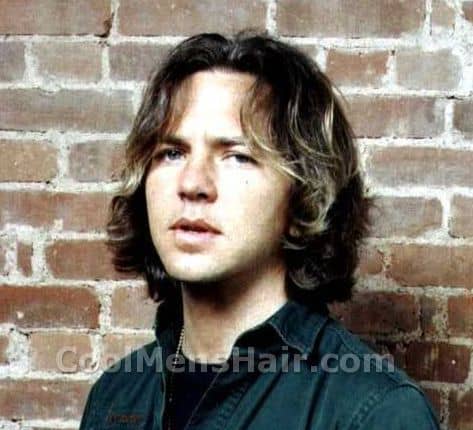 Vedder has worn his hair long for several years. However, in recent years, it has tended more toward being long and straight, with just enough wave to make to it look healthy and give it some body. Earlier in his career, he kept it just as long, but it had a great deal of curl. 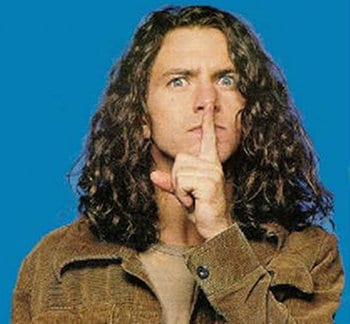 Based on the way it looks now compared to then, it seems that he kept a permanent in at that time. This would account for the amount of curl he achieved with hair that length. It actually looked good on him too. There was no part or anything to guide the way the hair fell, so it just fell naturally around his shoulders. This framed his face and accentuated his features.

One advantage to this style was that it was more natural looking as far as styling practices. He simply ran a brush or pick through it to remove tangles and let it fall where it would. There was no need to apply wax, pomade, or gel to hold it in place. The curls accomplished that without weighing the hair down with products.

The Eddie Vedder long curly hairstyle is one that he has gotten away from over the years. However, at the time, it was one of the easiest to maintain styles available. All he had to do was keep it trimmed to the appropriate length and have a permanent put in when the curls began to relax to maintain the look. No other products were needed.