Jerry Dixon is a 43 year old American heavy metal musician. He is one of the founding members of the 80s band, Warrant, playing bass guitar. Here is a look at the Jerry Dixon hairstyle. 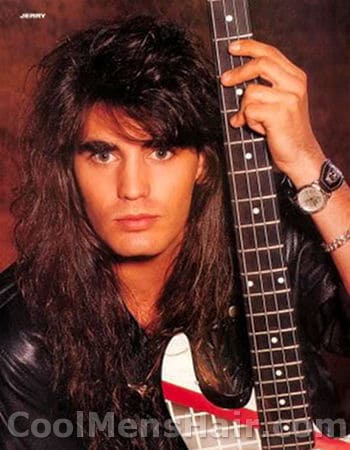 Jerry’s hair is worn well below his shoulders. In fact, it reaches nearly halfway down his back. He wears it in a somewhat messy style that stands out from his head a bit on top. The main body of the hair has just enough wave to it to make it look thick and full.

He typically parts it on the right side and brushes the top so that he has a fringe that reaches to just above one eye. However, he has been seen with it brushed in such a manner as to show his entire face. He does spend a lot of time brushing and maintaining his look, despite the overall appearance of having done nothing with it.

He often uses a small amount of gel applied when the hair is damp to help it maintain a wet look throughout the day. He does not, however, use so much that it makes the hair stiff or gives him a “helmet” head look. A bit of mousse may also be used to add some fluff to the hair and give it more body.

This is one of the most difficult styles for a man to wear and maintain. Failure to clean it regularly and brush it often could lead to tangles so bad that the only remedy would be to cut the hair. It is certain that he uses a high quality conditioner to help it stay tangle free, even when he is putting on an energetic performance. 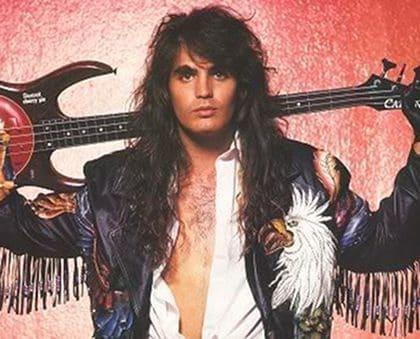 The Jerry Dixon hairstyle is not one that many men can wear and still look masculine. However, he pulls it off quite well, having a bit of a roguish look about him that says, “I just don’t care”.