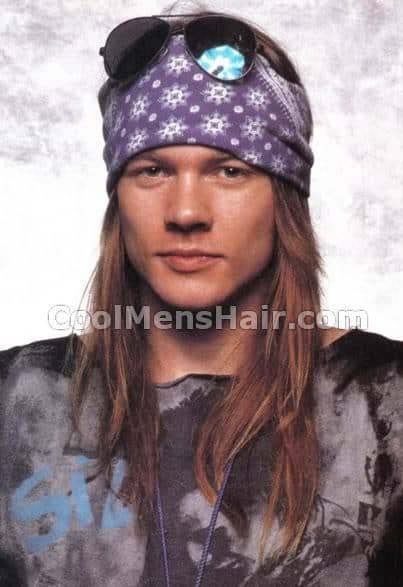 Axl Rose is the stage name of American musician, William Bruce Rose. He has used the name Axl since 1986, just before becoming the lead singer for Guns n Roses. This hard rocking band saw a great deal of success between 1985 and 1994. One trademark trait of Axl Rose is his hair. Here, we shall take a look at Axl Rose long hair styles. 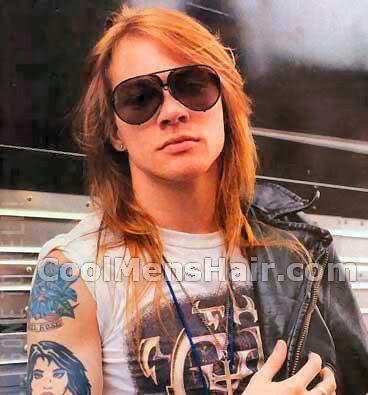 When he was younger, Rose tended to wear his hair long and loose. It was generally parted on one side or the other and simply brushed out to fall below his shoulders. Occasionally, he parted the hair in the middle, but a one side part was more common. 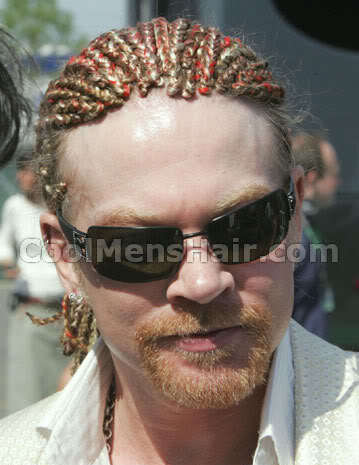 In more recent years, Axl has made it a practice to wear his hair in cornrows with the braids continuing all the way out to the tips of the hair. For a while, he wore this style with a clean shaven face. Today, he continues to wear the cornrows, but has added a mustache and beard to complement his appearance. The facial hair makes him look more grown up.

He has also been seen on tour with his hair taken down and worn loose again. The difference here is that his hair has more curl to it because of the time spent in braids. This look makes him appear even more of a rebel than the straight hair he wore in the 80s and 90s. The fact he kept the facial hair adds to this appearance. 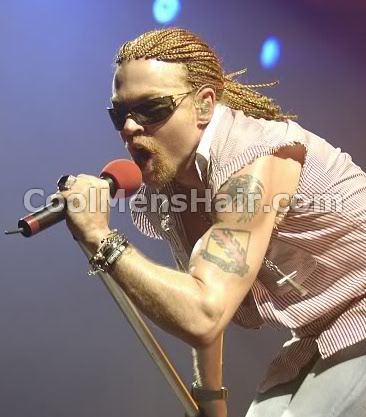 Axl Rose has had a very successful career in the music industry. He is best known as the lead singer for Guns n Roses. One thing that has remained constant during his career is the fact he wears long hair. However, through the years, we have seen a few different Axl Rose long hair styles.