Bret Michaels is a musician, actor, and reality TV personality from America. He first became famous in the 1980s as the lead singer for the metal band, Poison. Since then, he has appeared as a judge on the program Nashville Star and in the VH1 production, Rock of Love with Brett Michaels. 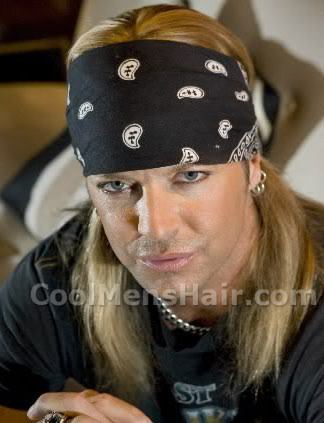 Bret chooses to wear his hair very long. It is long and straight so that it hangs about halfway down his back. It is typically just combed back and bound in a headband. He occasionally allowed one or two locks to escape out the top of the headband to hang down in front of his face and create a more messy look.

Aside from the headband, no product is needed to maintain this style because it is long enough to hang down by itself.

He has also been seen without the headband with his hair parted down the center and combed to each side. Maintaining this style is not difficult. It simply requires that he carry a brush with him to refresh the style as needed. A small amount of pomade or hairspray can be used to provide hold and avoid having to keep brushing all day.

There have been statements made that indicate that Bret is bald on top and wears a wig. The truth of these statements can not be verified at this time. In either case, the sides and back are definitely his own hair and are quite long. 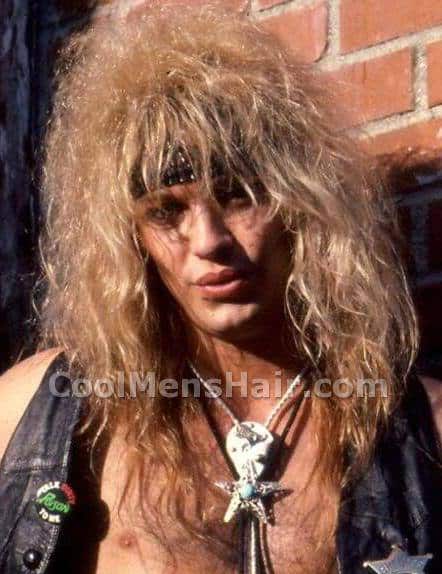 Bret Michaels hairstyles have not varied a great deal in the twenty plus years since he rose to fame. The primary changes include the addition or deletion of a head band and the occasional growth of a mustache and goatee. It is interesting to note that his facial hair is dark while he is blond.