Man bun and beard make the best combination in the hair fashion industry, don’t they? A man bun makes you look artistic and fashionable while a beard boosts up your masculine charms. Women have even rated men with beards more attractive than men without beards.

The beard and man bun variations come in so many combinations that you will find it hard to settle on one. But, without a doubt, women love this style. However, we have shortlisted the choices for you.

Here are 9 variations of man bun hairstyles with the beard that’ll make you look good. 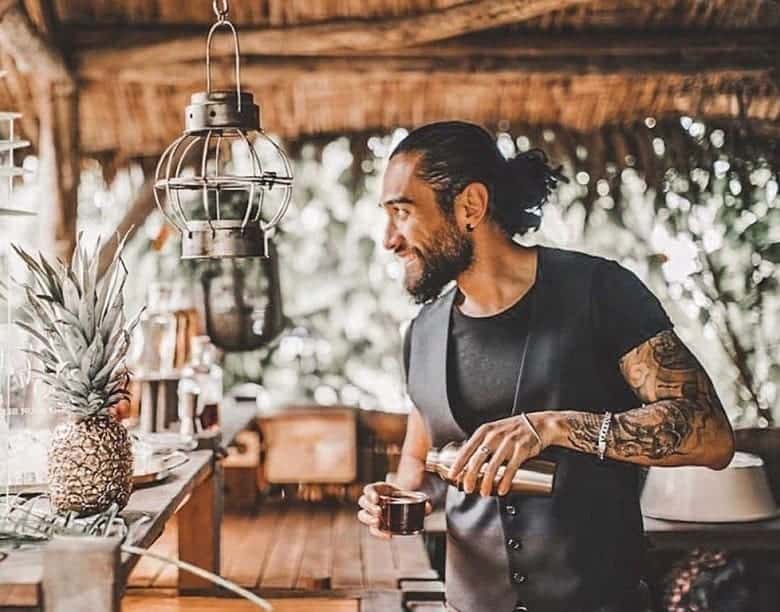 A low man bun and rugged beard make for a deadly hot combination which is hard to resist. The low bun takes most of the hair towards the back while the front has a neat appearance.

This neatness is taken to the rugged side by the beard which is trimmed asymmetrically to have a coolness which is hard to overlook. 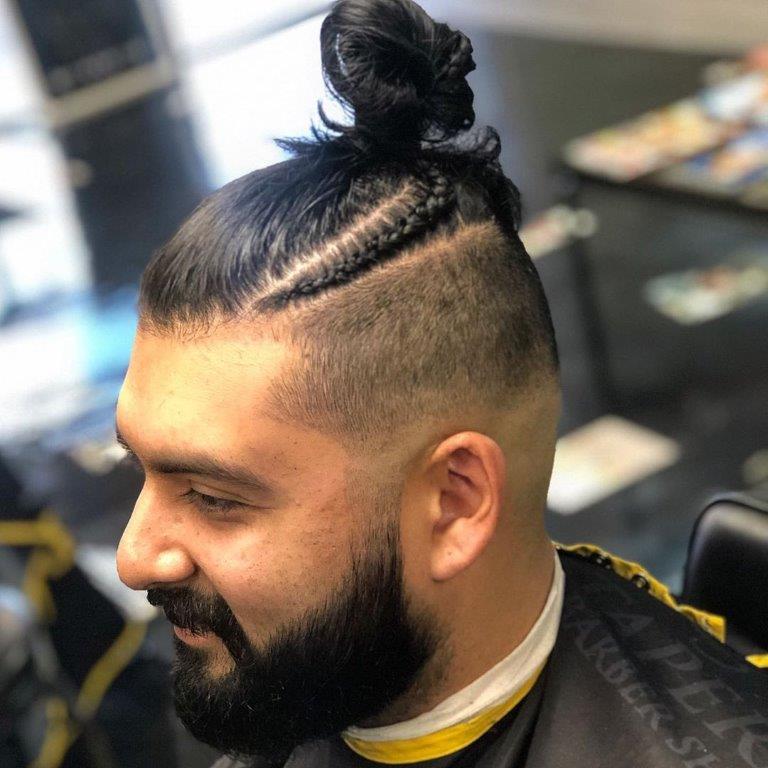 A man bun can be this neat and funky at the same time as well. The hair at the top has two braids running to the back and then tied in a top up cleanly.

The sides and the back is shaved to make the top up more noticeable. The medium beard is full and wide increasing your hotness, so try this man bun with beard if you want something fun. 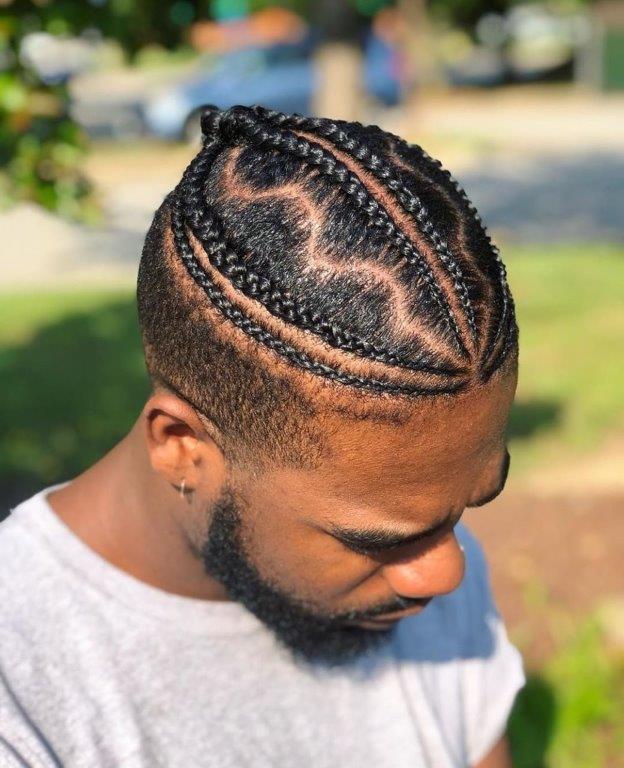 It is time you owned your Afro hair in a way which dazzles others. The top of the head has neat cornrows extending to the back which are then tied into a neat updo.

This man bun and beard is a perfect combo for summers when all you want is to keep the hair off your face. A medium to low beard goes well with this one. 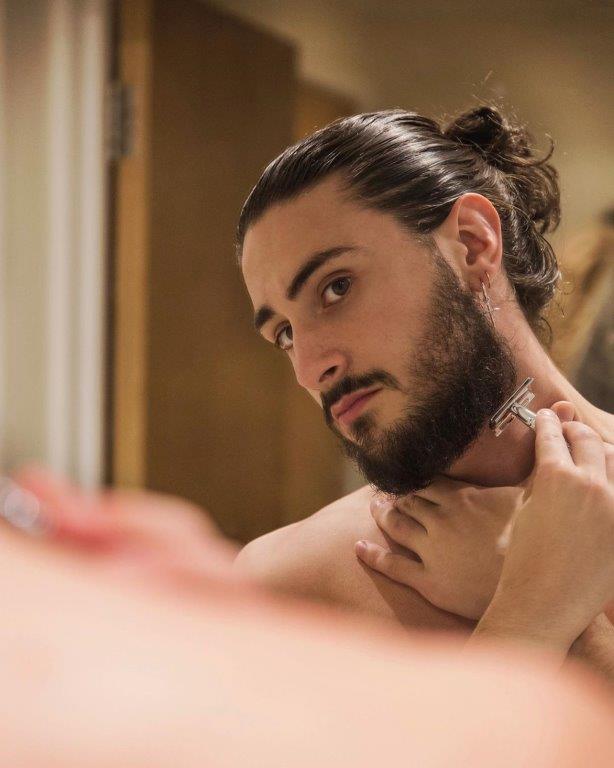 If you have silky smooth hair and want to keep it in its real form then go for this iconic man bun hairstyle and beard. The hair has smooth curls tied in a neat man bun near the middle part of the back of your head. The full beard makes you look even hotter if you lightly taper the sides. 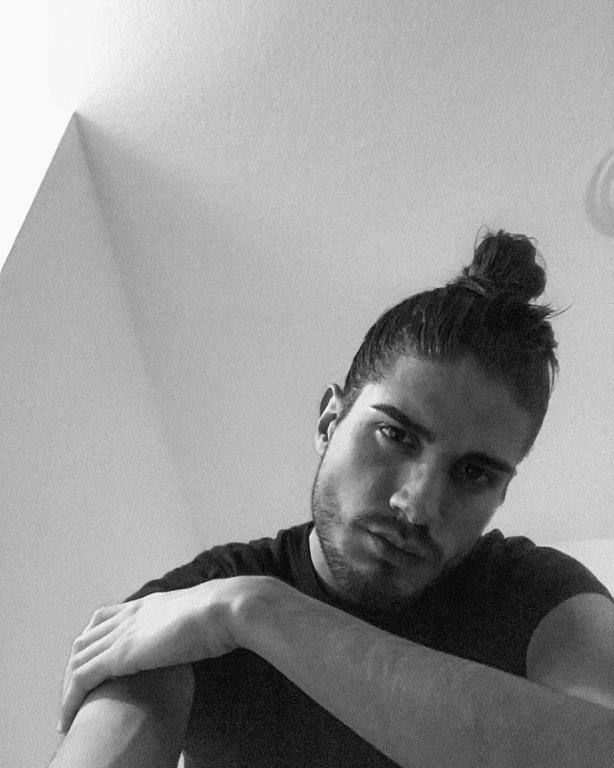 This is so far the hottest man bun with beard style on our list! The hair is piled in a neat man bun at the crown which is going to be the most noticeable feature of your personality. A light stubble to a full-grown beard, all kinds of beards look exquisite with it. Moreover, this look is irresistible and everyone will appreciate your new style. 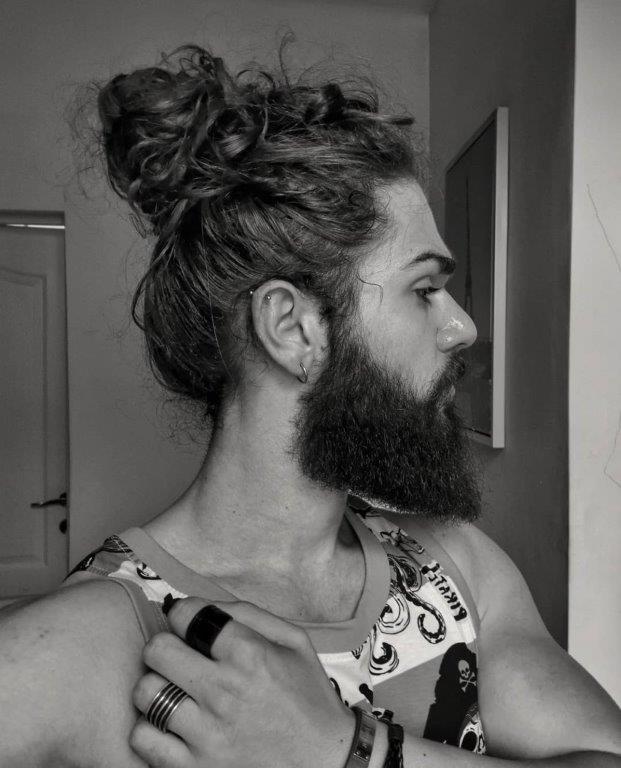 Who doesn’t like a messy top bun? This bun is tied at the top but is quite messy, unlike other beard and man bun ideas. It has a relaxed and carefree vibe to it, but the sharp and edgy beard balances it so well that it can be your office look too. The beard is tapered to add more character to this look and ultimately to your personality. 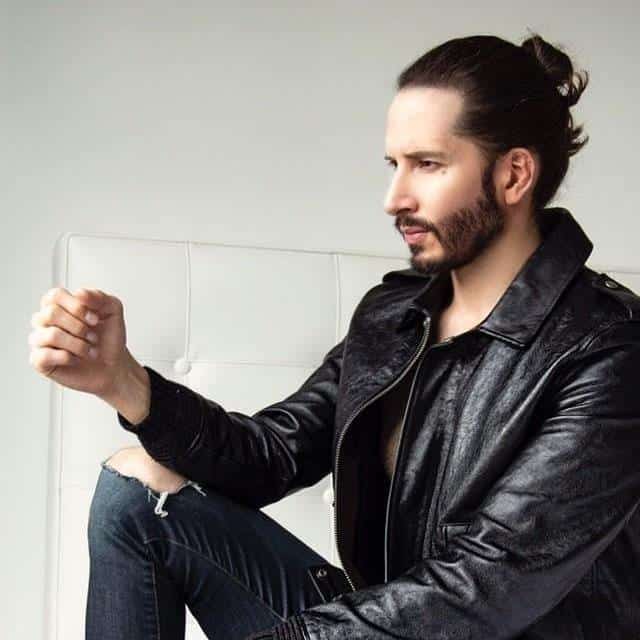 This one is for guys who are so proper that they want their hair to stay in shape all day. The hair is tied in a nice half up bun which has only a small amount of hair untied. The beard is short but full and that is what makes it such a hot combination of a man bun and beard. 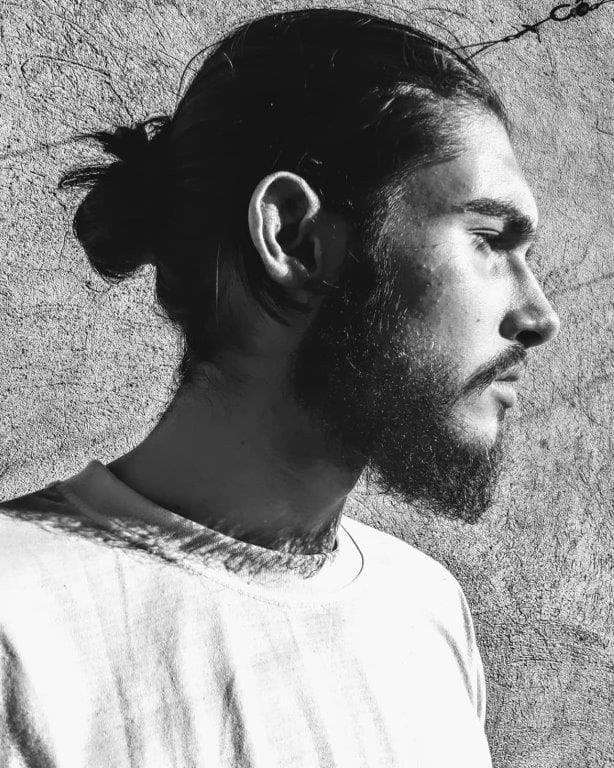 This updo bun is midway between the crown and base of your head. This makes you seem quite reliable and trustworthy. The easygoing personality still has a stylish charm and a hot aura which is hard to resist. The medium beard is pointed and has messy trimming making you look like a magazine’s cover page boy. 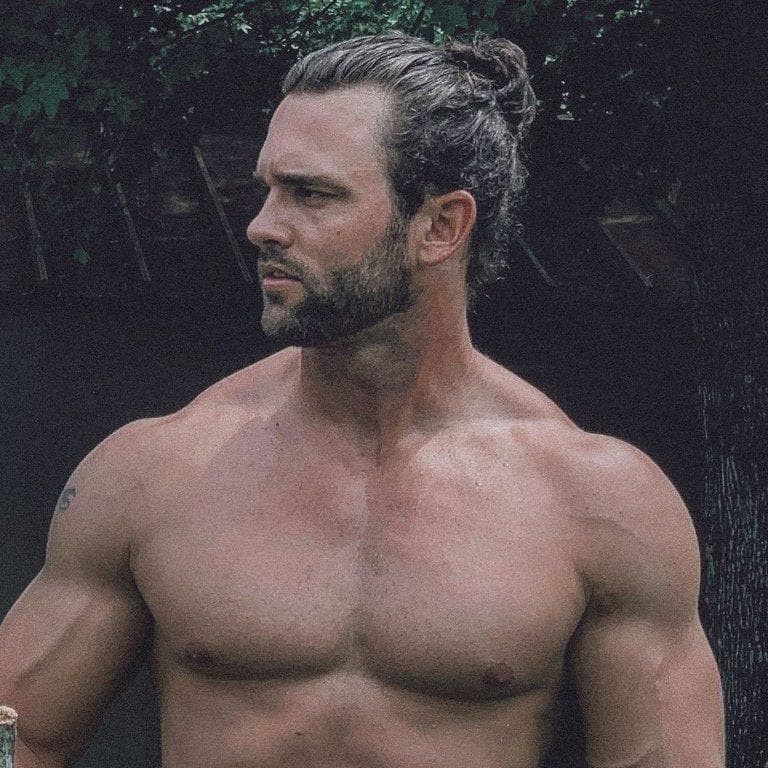 Your curls appear through your man bun too and there is nothing hotter than that, is there? The hair is all messy and free-spirited with a medium beard trimmed nicely. This man bun with beard contrast is the actual beauty of this combination, so what else are you looking for.

So, hop on to your hairdresser’s with these iconic beard and man bun ideas to get yourself the most amazing style update! 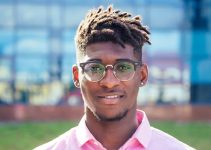 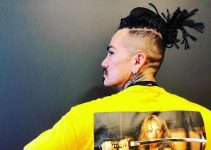 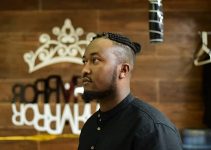 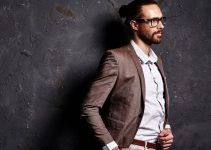 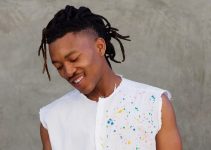