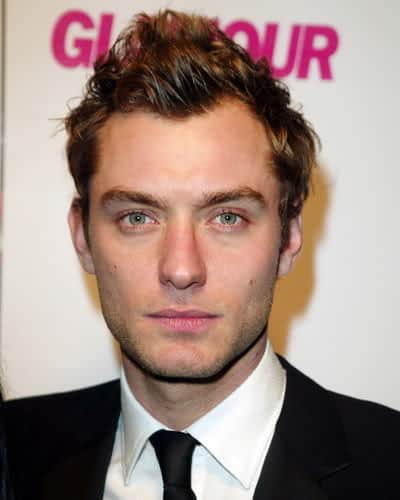 Jude Law with a soft fauxhawk hair. Photo by Matt Baron/BEImages.
Soft curls, with a dash of varied shades impart an age-defying hairstyle to the Brit heartthrob Jude Law. Enchanting women from both sides of the world, this English lad has enough to boast of – whether it is for his acting talent or for his stylish locks. With “Sexy Sadie” tattooed on his arm, this serious actor sports his curls with great ease, often experimenting with his hair in several films.

The 35 year old Londoner initiated his acting lessons at the tender age of 12 and chose the stage to display his acting talent. After appearing in several daily soaps, Jude Law was first noticed in 1999 in the movie, The Talented Mr. Ripley. Much like his acting, Jude caught the eyes of many with his clean perfect brushed-in hairstyle.

His hairdo in “Road to Perdition” perfectly complemented his serious role in the film. While Jude’s classic cut in short jagged style breathed life into his character in Harlen Maguire, he went for a messy look with longer locks while romancing the gorgeous Nicole Kidman in Cold Mountain.

When the turn came to share the screen space with fellow actor Leonardo in Aviator, he resurfaced with the brown and blond “love locks” shades with side parts and a few adjustments with the ideal length.

A very popular hairdo often flaunted by Jude Law is the 80’s style. With side parts cut in shorter layers, and more volume appearing on the top, all cropped well to create an angle, Jude created a mark of his own. His boyish image and ruffled hairstyle has often been the talk of the tinsel town, captivating the audience across the globe.

Law further showcased his dexterity in the hair department in adverts of Dunhill and Dior where he made his receding hairline work in his favor. The remnants of the once-lush hair was styled into a luxuriant crop, enhancing Jude’s sharp face to perfection.

Blessed with chiseled, stunning features and a long face, the curly crop on Jude Law’s head has been a subject of experimentation over the years. He went out for a full tapered haircut along the neckline in Alfie, showing off shorter cuts on the top and front making the hair stand, by wrapping up the forehead. Law has further donned the sun bleached tousled hairdo at several occasions dabbing mousse or hair gels on the sides and top. 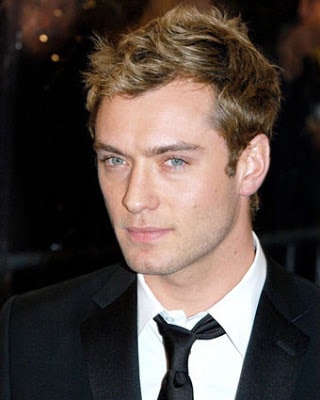 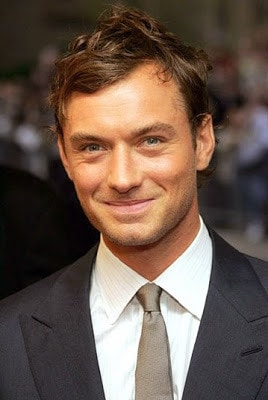 Jude’s top section has been texturized to create layer & messy effect.
With hair that exudes such flamboyance and flair, Jude Law’s huge fan following can only exclaim in admiration, ‘Hey Jude… make it better!’