Tyler Durden is a fictional character from the movie, Fight Club. Played by Brad Pitt, he and the nameless narrator become friends and found the fight club. Later, it grows into a much more politically activist group and we learn that Durden and the narrator are two different personalities sharing one body. A lot of men wonder how to get a Tyler Durden spiky hairstyle as Pitt wore at the beginning of the movie. 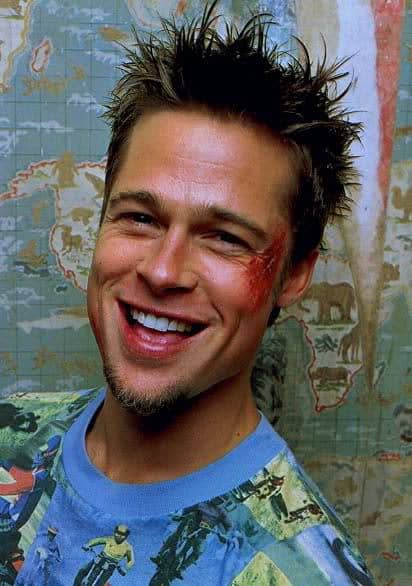 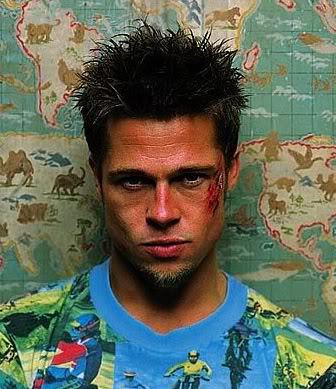 Tyler Durden Spiky Hairstyle
The best description available for this hairstyle is a messy spike. The hair is cut short on the sides and in back with a little extra length left on top. To create the style, the sides and back are combed down while pomade is applied to the top hair and it is pulled up into several wavy spikes.

Pomade is best for creating this type of spiked hairstyle. For coarser spikes that stand stiffer, wax would be better. Gel could also be used to achieve this look, but it would take a great deal of the product and could leave the hair too stiff. 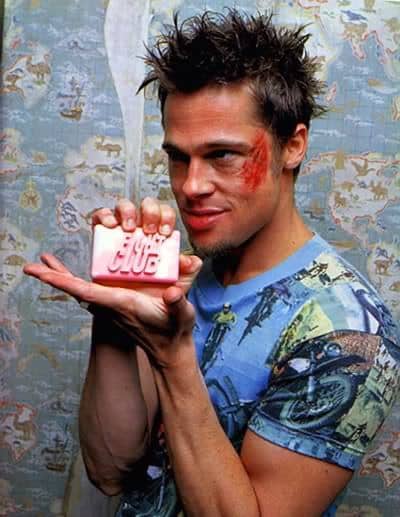 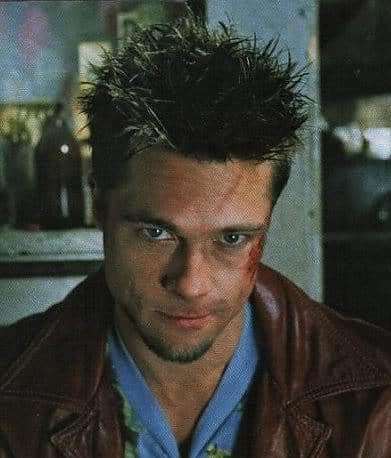 Tyler Durden short messy hairstyle
To create this style, simply get a small quantity of pomade on the hands and rub them together. Next, rub the hands back and forth through the hair to muss it up a bit. Allow the spikes that form to stand and lean where they will to achieve this look.