Trying to incorporate more waves into your hairstyle? You’ve got options! From subtle waves in a short haircut and shaved waves in a fade, to beachy waves that fall into the eyes, or even 360 waves… there are many options for making your hairstyle stand out.

Waves are also the best options for making thin and fine hair look fuller. It’s the best two-in-one combination for a killer hairstyle you’ll love and feel confident in, and most come with manageable maintenance.

These 15 young men’s hairstyles with waves will inspire you to switch up your look with a trendy new detail. 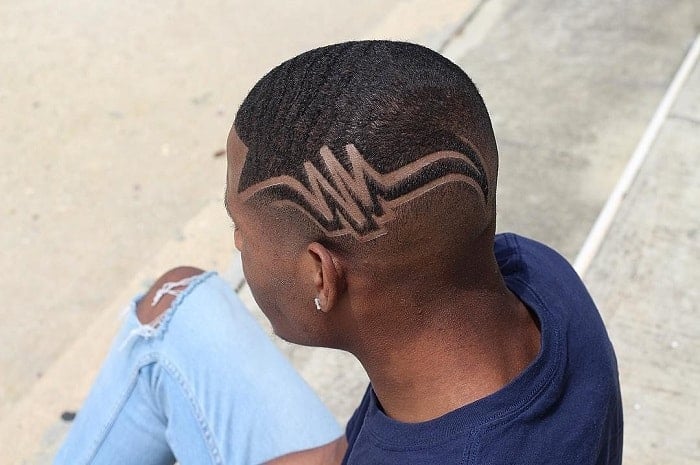 A short haircut’s intricate wave detail flows from the front of the face around to the back and to the nape. 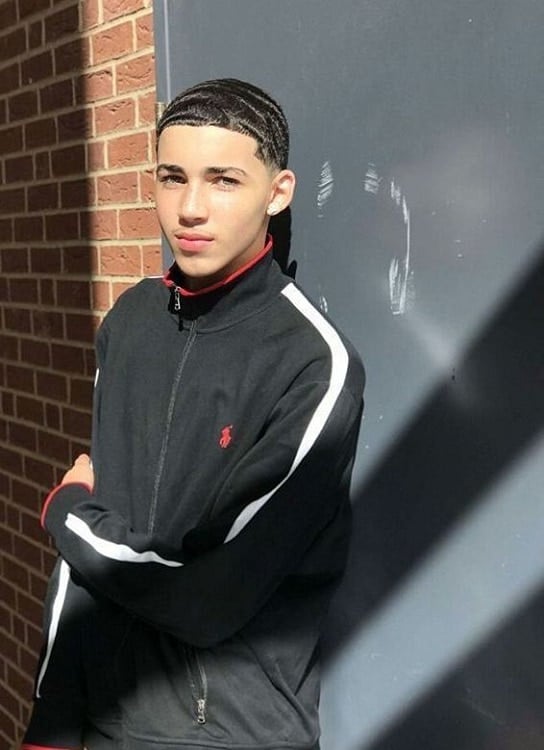 The subtle waves in this short black hairstyle are still noticeable enough to be seen in sunlight and match the straight across cut at the forehead. 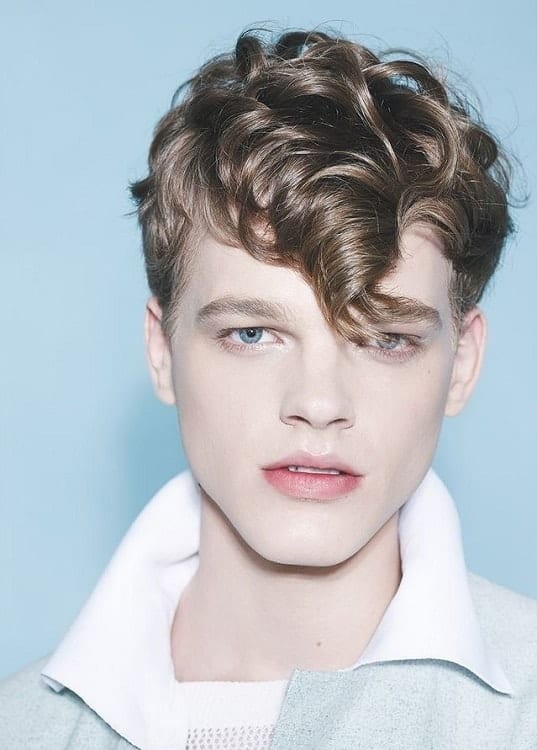 For men with thick, wavy hair, this hairstyle will show your waves off perfectly. Keep a piece coiled toward the center of your forehead for the finishing touch. 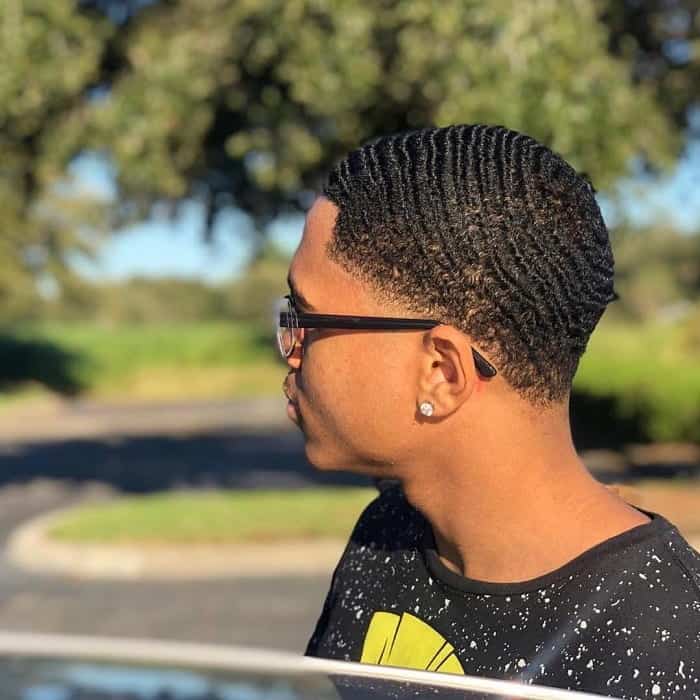 The 360 waves hairstyle is increasingly popular among young men. However, the pattern that comes out will depend on how tight curls are so if you want closer waves, make sure your curls are tight when you start the process! 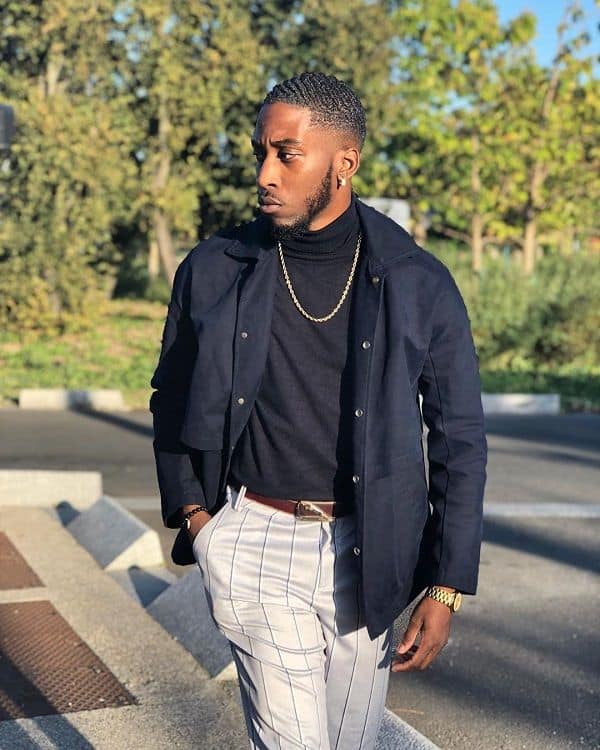 When you try the 360 waves haircut, instead of having it all over your head, shave in a fade to the sides for a trendy take. 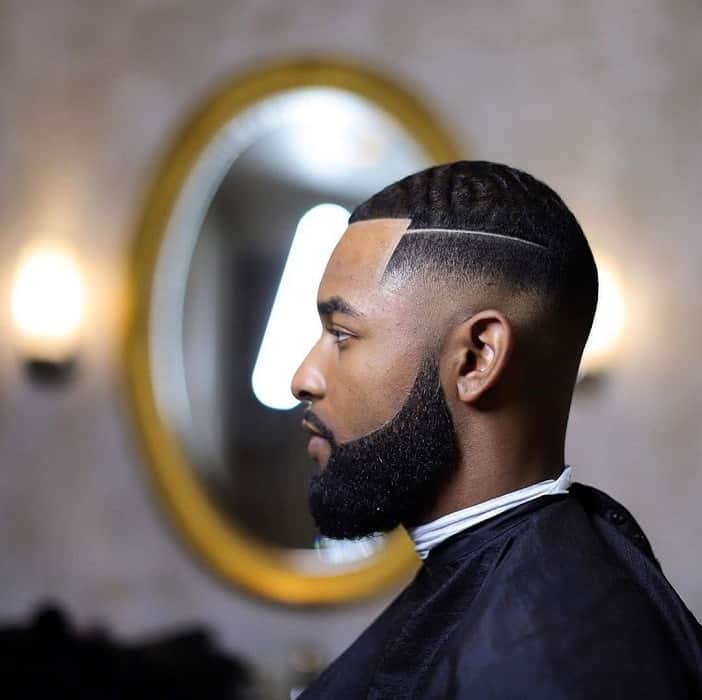 This thin hard part is created by shaving in a line. Add it to your wave haircut instead of a normal part for better definition and contrast. 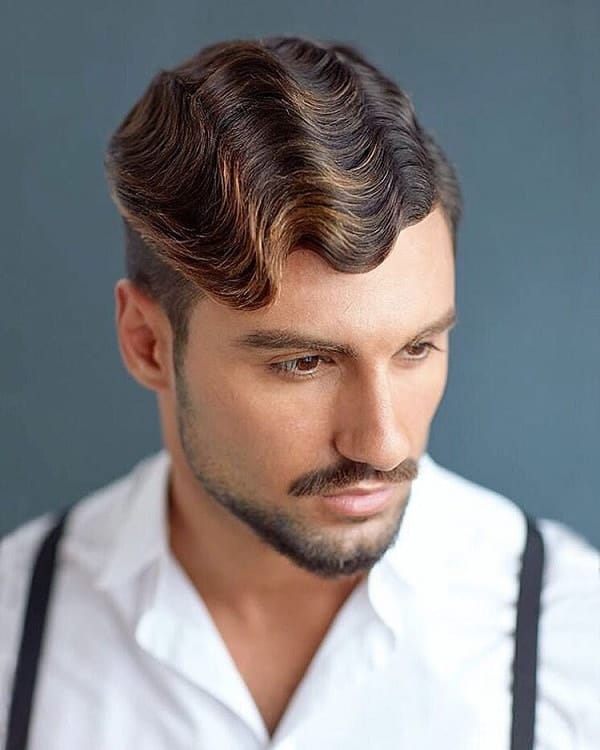 Finger waves started in the 20s as a women’s hairstyle but have adapted to be a men’s hairstyle for it’s classy appearance. You’ll use clips and hair product to achieve this style. 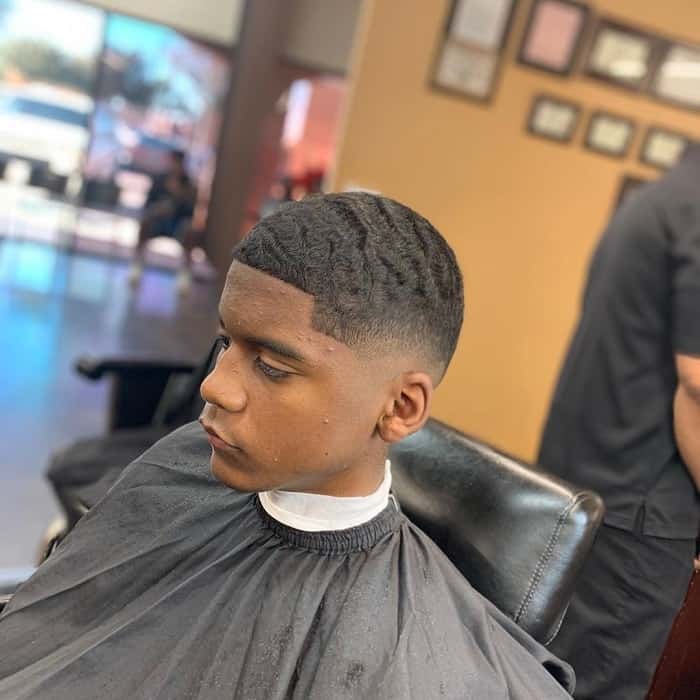 Boys can also rock the wave hairstyle and put their own special touch on it by squaring up temples and adding in a low fade. 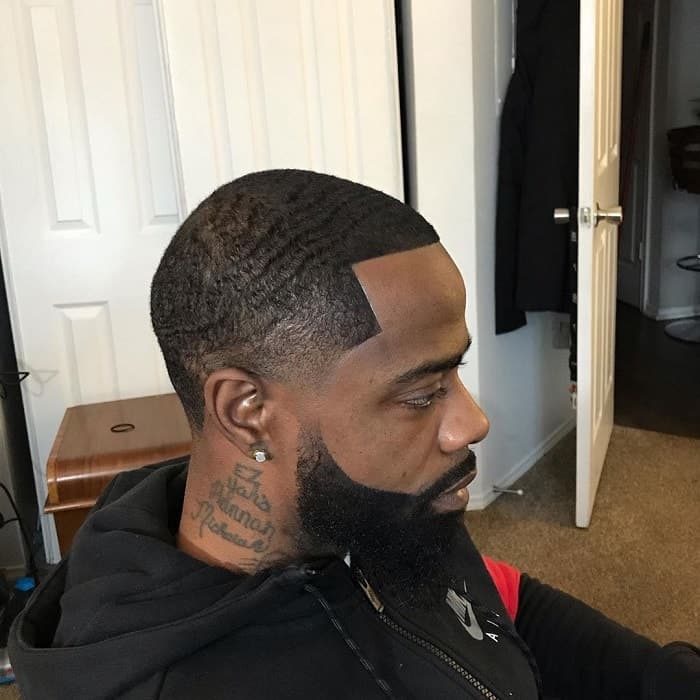 African American men typically sport the 360 hairstyle but it can be improved upon even more by shaving up the sides into a rounded edge where sideburns meet facial hair. 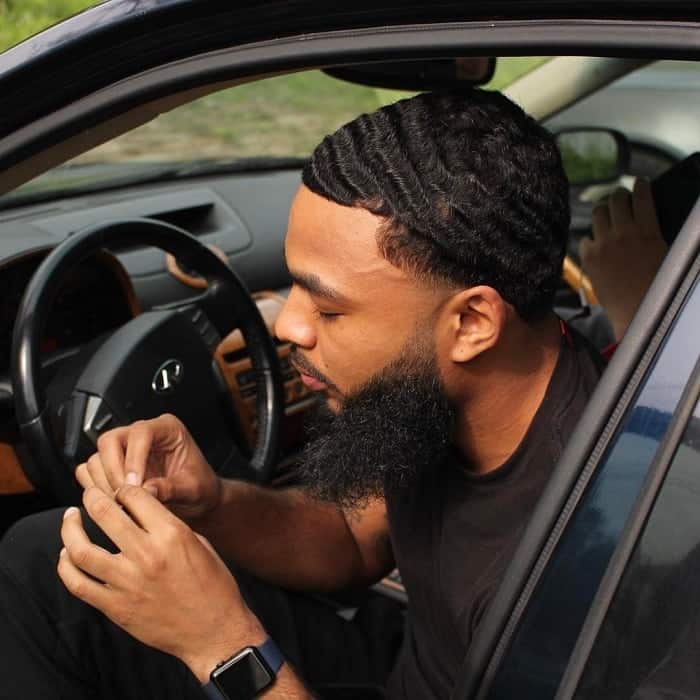 For men with facial hair, a tapered waves haircut is a hot and handsome option. Your barber will taper the edges at the temples and trim up sideburns. 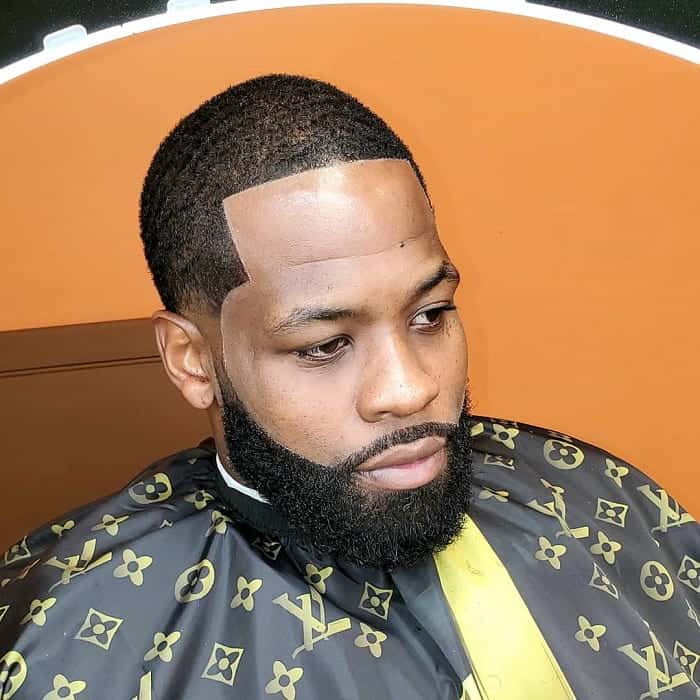 To give framing to your face with a wave hairstyle, curve the edges from your beard to sideburns and up to your hairline. At the temples, keep the lines straight for shape contrast. 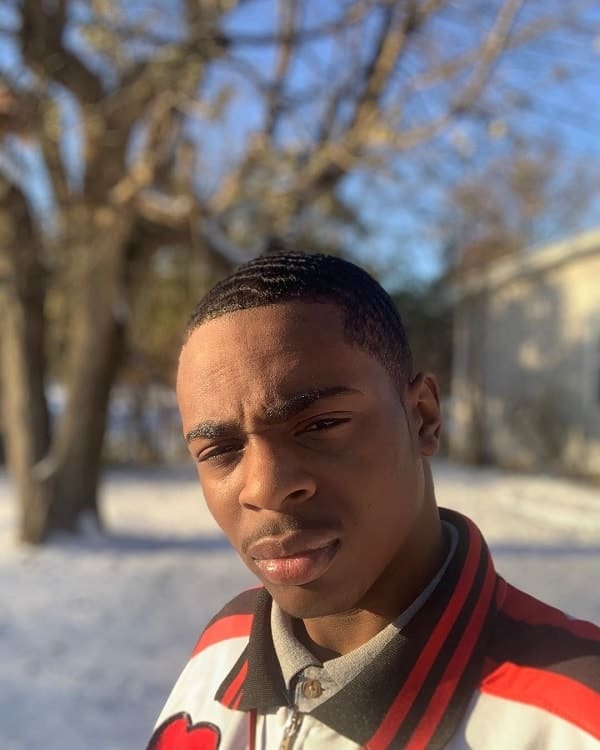 This short waves hairstyle is exactly like the 360 haircut but at a shorter length. If you’re not about long hair and fuss, this is your look! 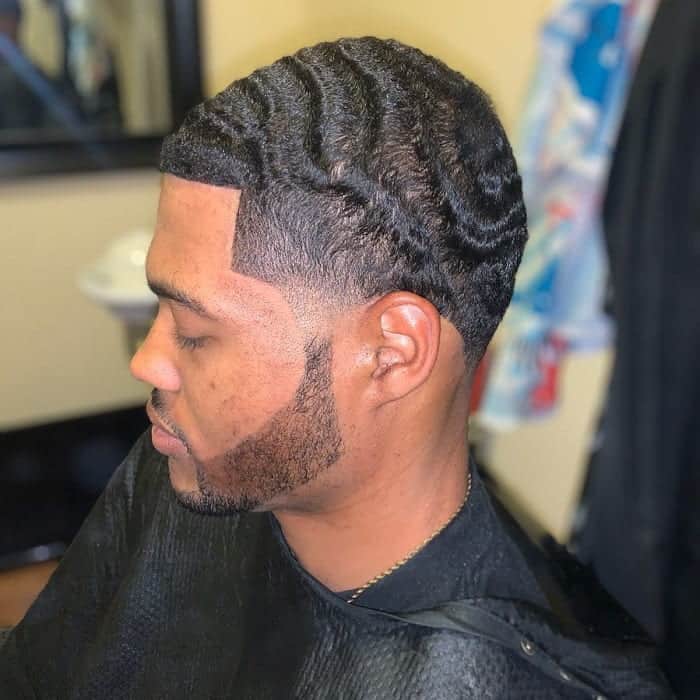 A line up will put the finishing touch on your wave hairstyle. While the facial hair is rounded on the inside at the cheeks, near the jawline and the forehead, straight lines square off an oval face. 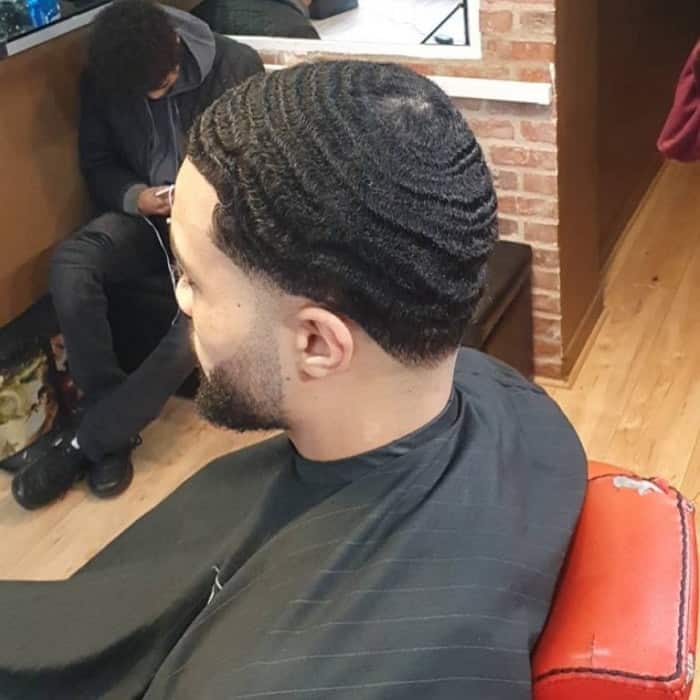 While it’s a little more difficult to get waves in straight hair, stylists have a slew of techniques such as layering and razor cutting that will help with achieving this special style. 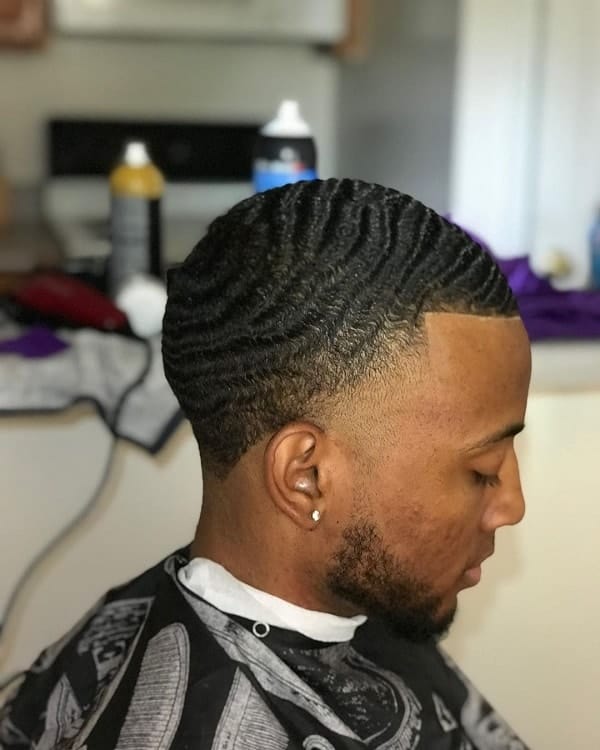 After waving your hair, taper the area around your neckline with a straight or curved line to get that fresh finished look.

Your look is going to be hot no matter which of these 15 wavy hairstyles you choose. Bonus, you can feel confident that all of these work for any face shape. When you’re over one hairstyle, move on to the next until you’ve tried them all! You won’t be running out of fashionable hairstyles anytime soon.