Popular in the 1950s, as the name suggests, greaser hairstyle involves a lot of hair products to give your hair a sexy wet look. Impressed much? Well, what is more interesting is that this particular trend has inspired the modern slick, pompadour and the quiff.

So it’s not a hairstyle to be taken lightly huh? As a matter of fact, the evolution of the greaser has gone from mostly oil-based hair products to using products that give the water-based shine (the wanting to touch type).

So in case if you are thinking about getting a greaser hairstyle, you are in the right place and let us enlighten you a bit about the different kinds of greasers and how you can get them.

The top four classic greasers are: 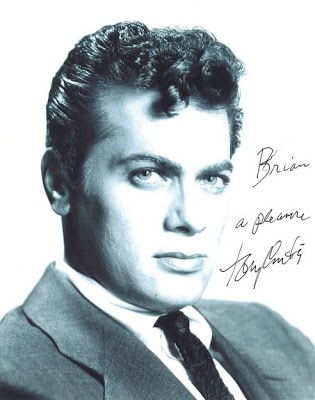 One of the most popular styles for men of the decade was duck’s ass or duck tail in tamer company. This style was usually created by parting the hair on one side, combing the top over to the other side, and combing the sides straight back to meet in the middle of the back of the head.

Hair cream was applied liberally to hold the hair in place. Today, one can recreate this style by combing as above and applying pomade for a soft hold or gel for the more traditional wet look and stiffer hold.

Another common hairstyle is ‘Pompadour‘. There were a couple of different variations on this style. One involved parting the hair and combing the top sideways and forward, then flipping the front back to give it rise.

The other was to simply comb the top forward and flip it up and back without a part. The sides were slicked back and held with cream as above.

Again, the gel is commonly used today to create this wet look with stiff hold. This style was popular among musicians who played the type of music that came to be called rockabilly.

Creating the Pompadour took a little more creativity than some of the popular 1950s hairstyles. It had to be cut in such a manner as to leave the front of the top hair longer than the back. This allowed one to create exaggerated height in front when flipping the hair back.

Older men of the decade simply had their hair cut short and applied cream to plaster it to their heads. Most parted the hair on one side and combed straight over to the other. The sides were combed down, as was the back. This was seen as a conservative style that was acceptable in professional settings. The cream was probably not necessary, but it had come to be the fashion of the time. Today, the gel is used to create the same look.

A few simply combed their hair from front to back. This included the sides and the top. Hair cream was applied liberally to plaster the hair to the head. This style was actually made popular by the Dracula character from horror movies at the time as played by Bella Lugosi. Those with receding hairlines tended to reveal a widow’s peak when wearing this style.

Here you go, some of the more modern versions of these classics: 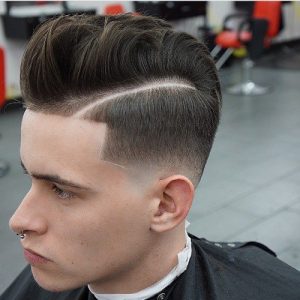 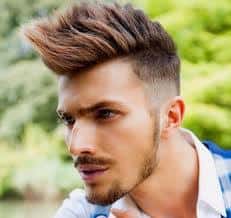 Keep a voluminous portion of your hair on the midline and cut the sides of your hair really short. Remember this one is a fohawk so you do want the hairline to be visible. Once you are done, give it a  sidewise pompadour to finish the style. 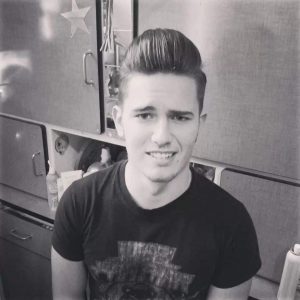 Bring all your top hair into the middle and shape it to the round crest by using a very good water based hair gel. To achieve perfection, try making the crest higher. 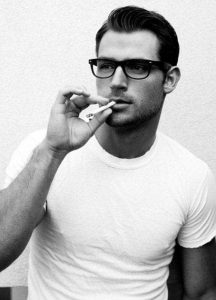 Get a nice quiff by using a styling gel and comb to get the perfect look that you can regularly don. 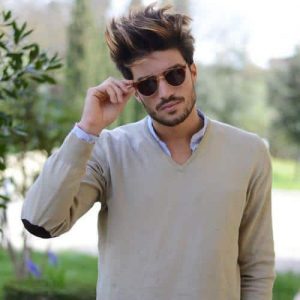 To get the look, simply style your hair with a nice get and keep lots of hair on the top of your head. Pair it with a subtle beard and you are good to go.

Fade with combed over hair: 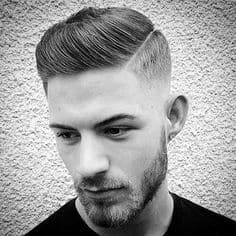 The hair along the sides are faded out and the hair on the top is nicely combed (a lot of gel added on it). Make sure to leave the top hair till the back of your neck.

The one key component to recreating 1950’s men’s greaser hairstyles is hair gel. Back then, men bought hair cream in tubes, but this product is no longer available on the market. Gel provides the same wet look and stiff hold. Pomade can be used in some cases where a softer, more touchable hold is desired. It offers greasier appearance than the gel. Murray’s Hair Dressing Pomade, Superior, 3 oz. is one of the best pomades in the market to do a greaser hairstyle.

Traditional hairstyles are always in vogue. Greaser hairstyle originated back in the ’50s but still, the appeal is no less. The young guys and men attend the saloon at a large number to get a greater haircut.

Though with the passage of time there ought to be some modifications in the haircut. The modern greaser hairstyles don’t differ that much in terms of the beauty and intensive look.

Let’s get an idea of what might be the top 10 greaser hairstyles for 2022. 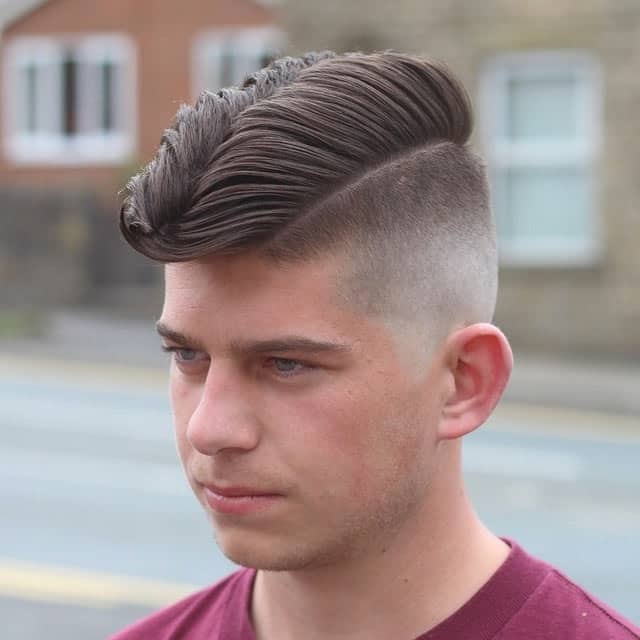 This is completely identical to the new era. You will never find this sort of hairstyle on the archive. The two sides of the hair are trimmed closely to the skin to give an undercut. And the top hair from both sides has been folded together in the middle. This is called a jelly roll hairstyle and it is modern and sophisticated. 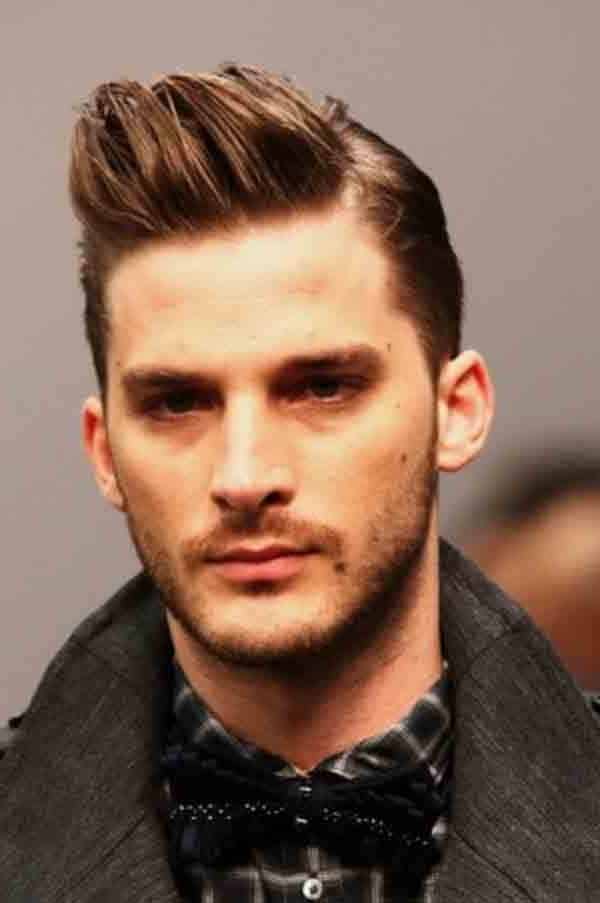 A simple technique can change the impact of a regular hairstyle in many ways. This is a very casual hairstyle only the hair at the top is styled a bit using a styling gel. You can get this greaser hairstyule when you are at hurry because this is less time consuming. 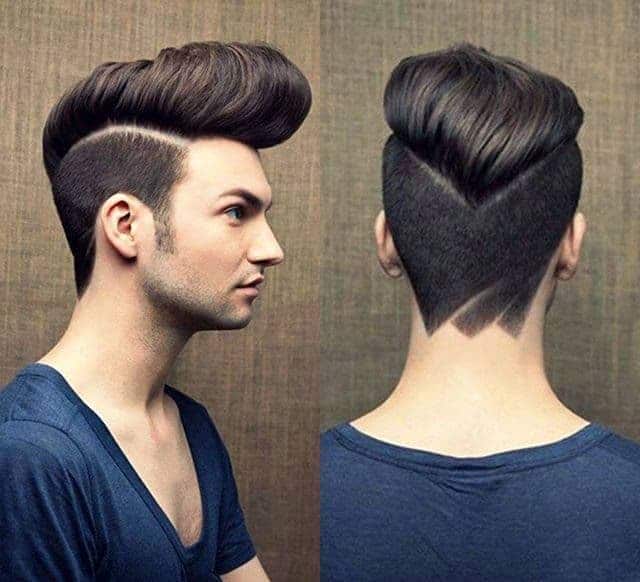 The smartest way of being trendy is being creative. One can change a normal look to a special one with the help of imaginative creativity. This is a perfect example of innovation in hairstyles. A greaser large pompadour has been converted into something else by craeting a chevron shape on the back of the head. And there are some beautuiful stripes at the lower part of the neck. 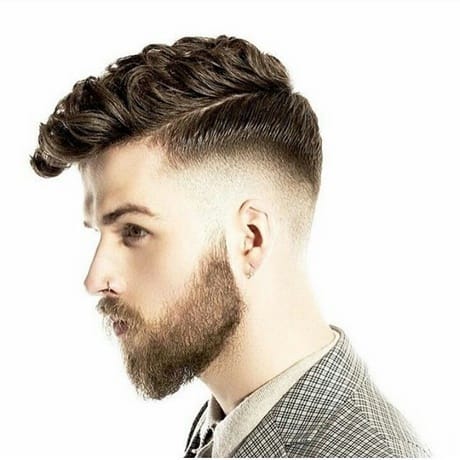 Sometimes, only a hairstyle isn’t good enough to impress the people around you. In that case, you can take the help of one of the manliest things ever: a beard. A full beard associated with an undercut greaser hairstyle will complement your look to a great degree. This is 2018, you have to blend hair and beard together to survive in this dynamic fashion world. 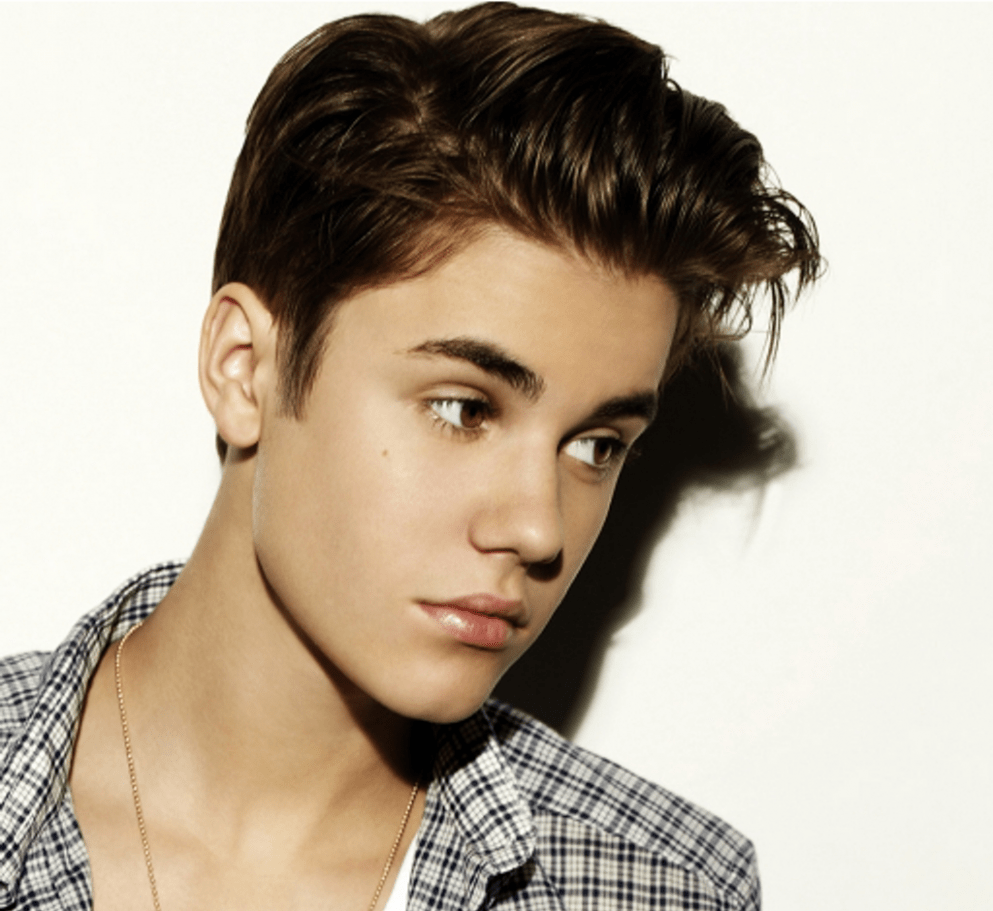 Celberities are followed worldwide by their fans. Most of the hairstyle was made popular by the iconic figures. Justin Bieber is an icon to the youth of 2022. You can try his cool looking greaser hairstyle to make your look chicer. 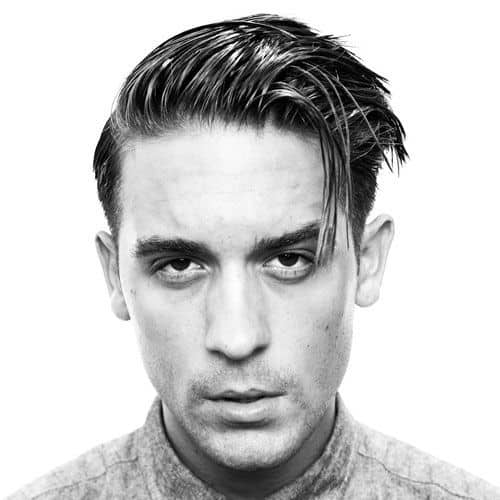 The more organized a hairstyle, the more it looks beautiful. That’s why a combed look has the plus point when compared with an unkempt hairstyle. Make your hair soft and smooth using top quality styling gel, then comb the hair towards any side you like. Choose the angle that suits you the most. Then comb the hair to that side. 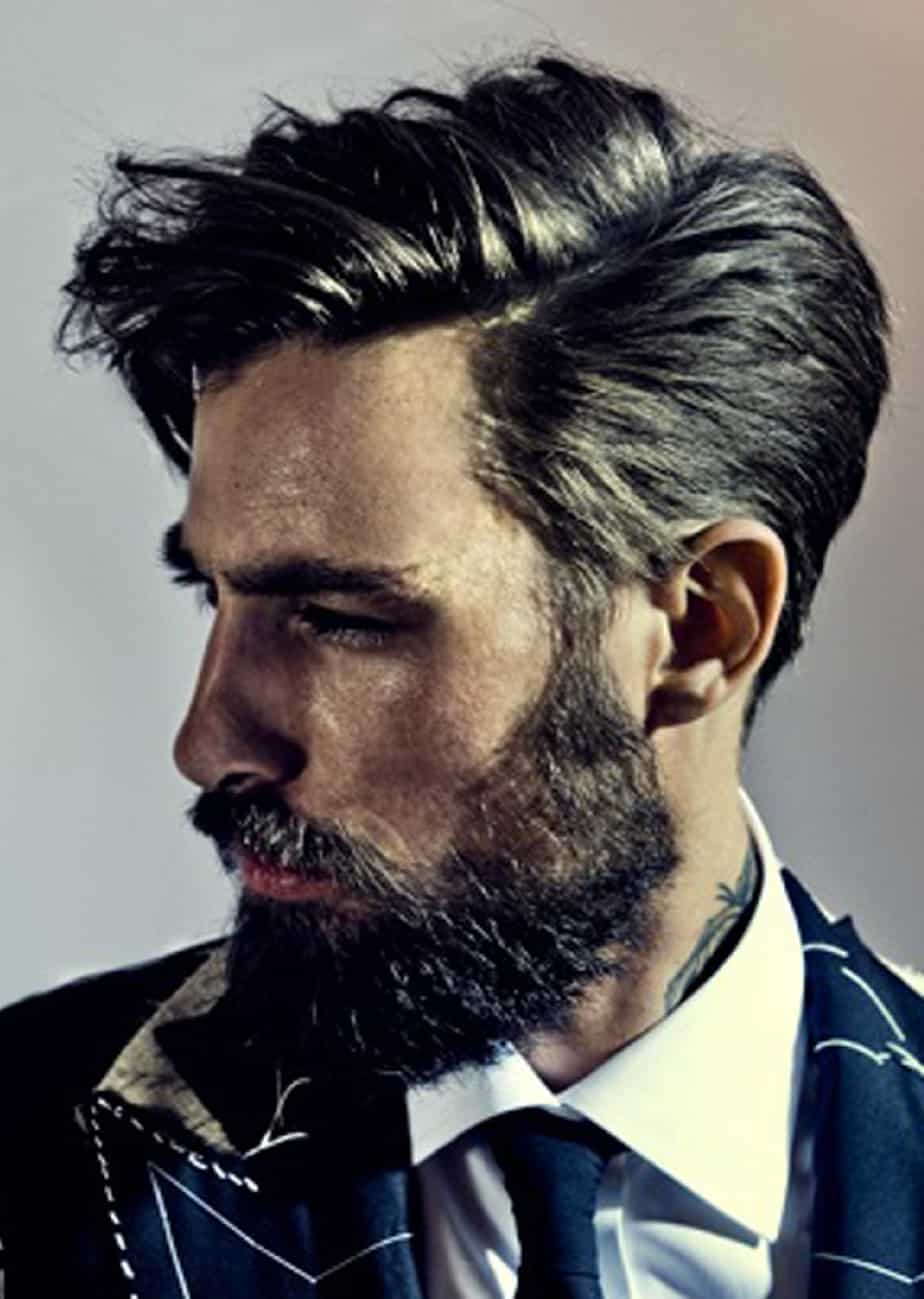 Some guys want to show off their ability to grow hair because that is considered a sign of manliness. If you want to gain the ultimate masculinity by your look, this could be the best pick for you. Style the voluminous hair using hair gel and, of course, don a full beard along with the greaser hairstyle. 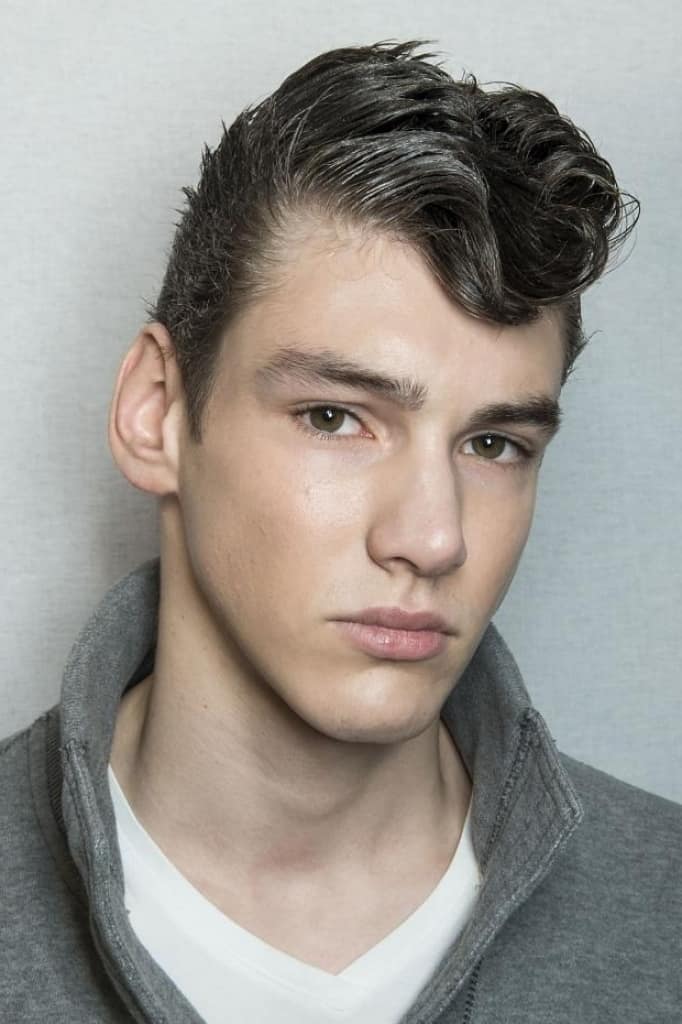 Rockabilly hairstyle was the most popular at the time of its advent. Since then this style has been associated with different hairstyles randomly. You can blend a quiff hairstyle with the rockabilly while having a greaser hairstyle. This will surely look stunning on you. 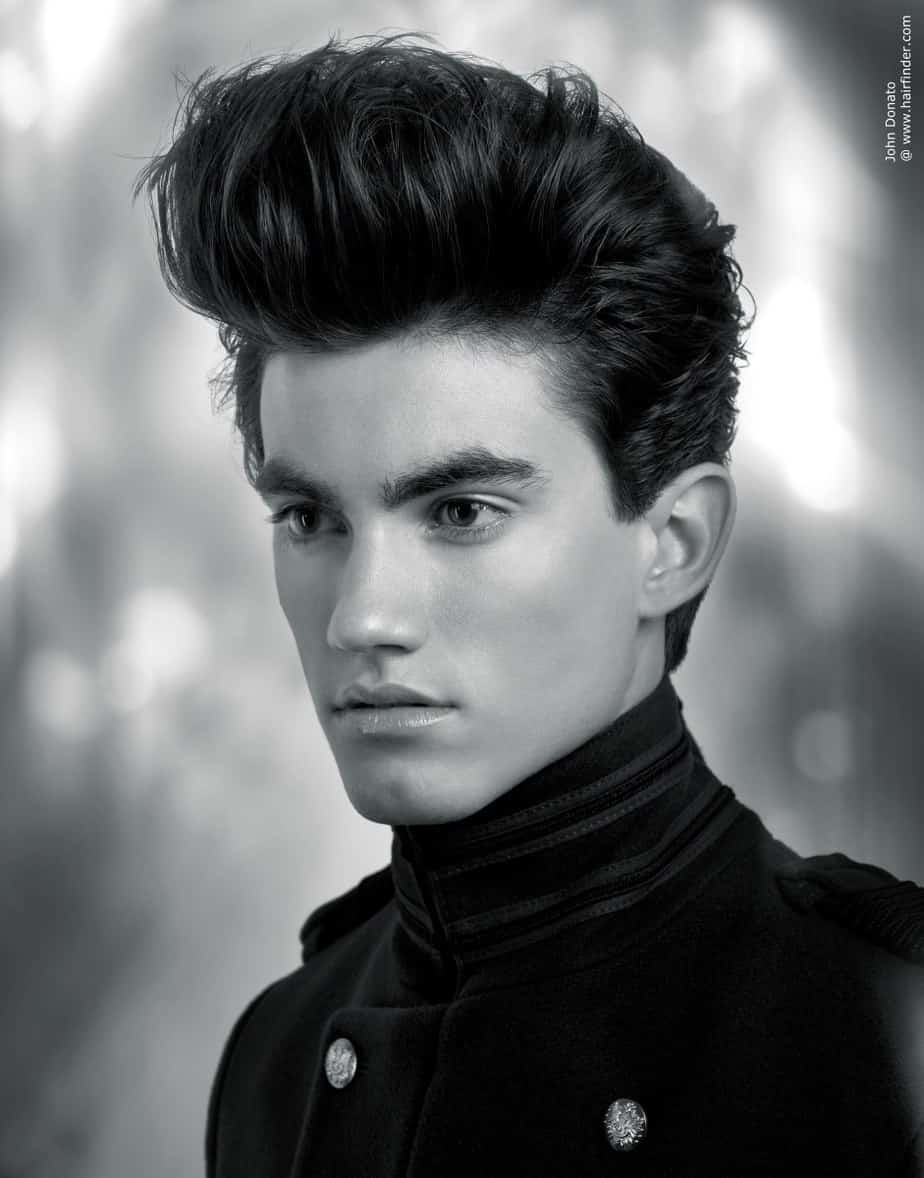 If you have a heavy and thick voluminous hair, this is the right style for you. Centralize the hair to one point at the top of your head and let them be as puff as possible. You will get a puff hairstyle and the charm of greaser will also be there. The overall beauty will impress anyone who will come across you.

50’s male greaser hairstyles were varied, just as the types of men who wore them were. Some were seen as signs of rebellion in young men. Others were seen as conservative and accepted in every setting, including among successful professionals.

Their one common thread was the hair cream that was used to hold the hair in place and help the men avoid having to refresh their style during the course of a day. Once styled in the morning, the hair was not moving until the cream was shampooed out.