Brian Bosworth is an American actor. While attending the University of Oklahoma, he was an All American linebacker. He had a short lived career in the NFL, playing for the Seattle Seahawks for two seasons.

He was a commentator for XFL during its single season. He starred in the movie, Stone Cold, in 1991 and in the Adam Sandler remake of The Longest Yard. In this film, he played one of the prison guards/players.

Early in his career, and while playing football, Bosworth wore his hair in a mullet. Here, we shall take a look at the Brian Bosworth mullet hairstyle. 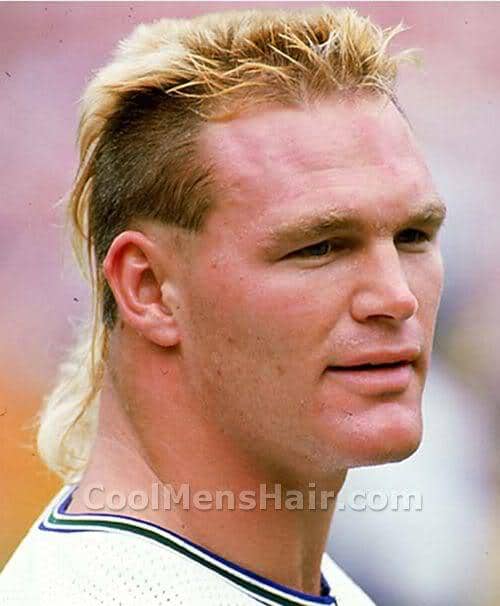 Brian’s mullet had one feature in common with other haircuts with the same name. It was short in front and long in back. This feature caused some to coin the phrase, “All business up front and a party in the back.”

In Brian’s case, it is much more likely that the shortness of the front and top hair was dictated by the need to keep cool in his helmet and to keep his vision clear. He also had his style cut so that it looked good on him. The sides were buzz cut very close to his head.

The top was left about an inch long so that he could style it. He most commonly applied pomade to his fingers and ran them through the hair. Then, he would pull up spikes all over the top like a flattop.

This style could also be considered a variation on the faux-hawk. This is because of the way the sides were buzz cut and the middle of the top was left longer. It would have been a Mohawk if he had shaved the sides of his head completely. 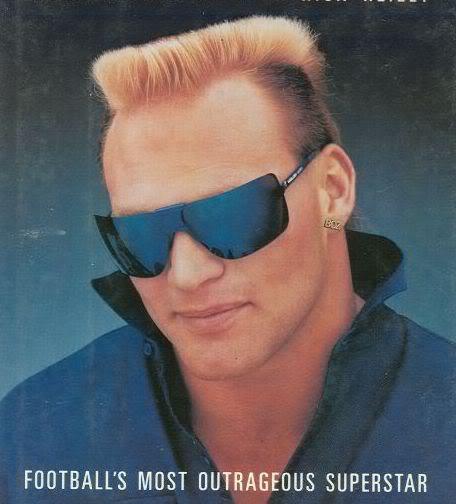 The Brian Bosworth mullet hairstyle was unique and stylish. It combined features of the mullet, flattop and the faux-hawk in a balanced manner that worked well for him. It did not take a great deal of effort to style the hair, as most of the work was done when it was cut.

It did take a small amount of product to keep the style looking good. It was also a very serviceable style during his relatively short lived career as a football player.