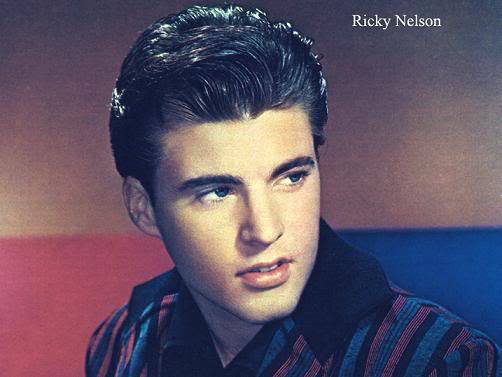 Ricky Nelson Pompadour hairstyle.
Eric (Ricky) Nelson was born May 8, 1940 in Teaneck, NJ to famous parents, Ozzie and Harriett Nelson. He grew up to be a talented musician, singer, and actor. Ricky Nelson had 53 records that made it onto the Billboard Hot 100 chart and was inducted into the Rock and Roll Hall of Fame in 1987, two years after his death. He also starred some big time movies such as Rio Lobo with John Wayne and Dean Martin. 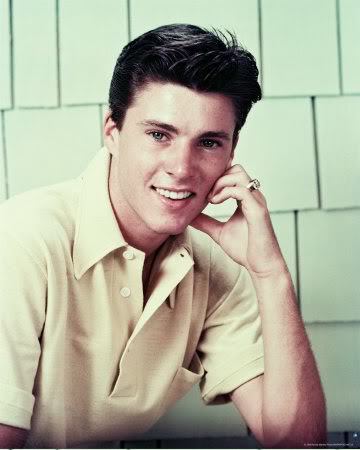 Ricky Nelson’s Pompadour hair.
During the 1950s and 60s, when he was considered to be a teen idol, Ricky Nelson wore his hair in a pompadour hairstyle. This hairstyle was quite popular among young men during that era. It was achieved by having the sides and back of the hair cut short while the top was left long.

The front of the hair was then combed back and up to make it stand up and a lot of hair grease was applied to hold it in place. The pompadour hairstyle had a resurgence among rock and roll band members in the 1980s.

The look was a little bit different this time around due to advances in blow drying and hair styling technology. The pompadours of the 80s had a dryer appearance and were really stiffer than those worn by Ricky Nelson and his contemporaries.