Johnny Rotten was the stage name of the lead vocalist for the punk rock band, the Sex Pistols. His birth name was John Joseph Lydon. In 1978, Lydon left the Sex Pistols to form his own band, known as Public Image Ltd. 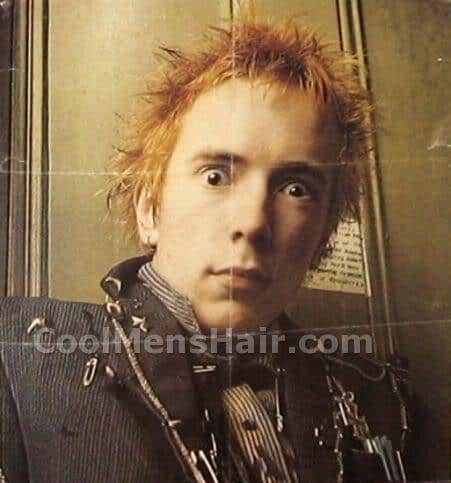 Like his fellow band member, Sid Vicious, Rotten wore his hair in a short spiky style. The spikes were formed by turning his head upside down and rubbing gel through the hair while it was slightly damp. The gel supplied a hold that lasted for several hours without allowing the spikes to droop.

The overall length of the hair was not over two inches. In fact, it was mostly one inch or less. This became one of the most popular hairstyles among members of the punk subculture in the 1970s. It actually became popular in the main stream in the 80s.

In more recent years, Rotten has continued to wear his hair in spikes. Today, his hair is longer than it was in his heyday. He has, however, added a part in his hair on the right side that becomes a wide gap due to the way his hair stands out from his head. It also reveals a bit of a receding hairline that is common among men his age. 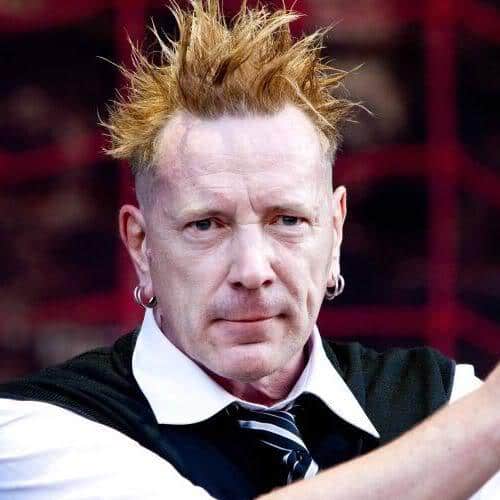 He has also been photographed with his hair cut so that the sides of the head, just above the ears, appears to have been shaved, leaving just the top and about half the sides at a length of about two inches.

This resembles a variation on the bowl cut. The hair that remains was formed into porcupine spikes that stand up all over the head. Johnny Rotten spiky punk hairstyle has changed somewhat through the years. This reflects the fact he is getting older in some ways.

However, he still wears his hair in a style that shows his punk roots and reveals his individual style.  In many ways, his style is a symbol of his belief that anarchy is a much preferable system than the rigid legal system of government that is in place today.

While not all share his point of view concerning government and the royal family, many men and performers through the years have chosen to copy the original style of Johnny Rotten spiky punk hair. Over time, his later styles may become popular as well.