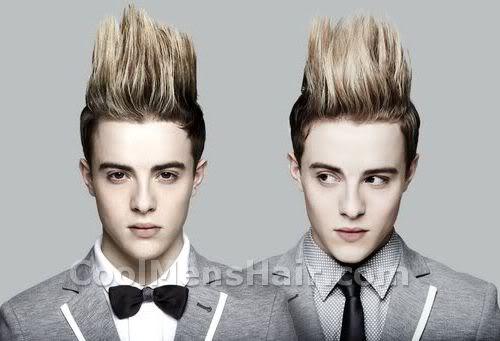 Jedward is an Irish Pop/Rap duo made up of identical twin brothers, John and Edward Grimes. The pair appeared in the sixth season of The X Factor and placed sixth. Their debut single was a remake of Under Pressure (Ice Ice Baby) and was performed along with Vanilla Ice on the 2010 National Television Awards. Here, we are going to be looking at the Jedward blonde quiff hairstyles. 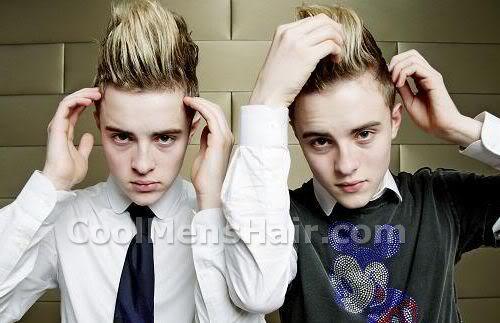 The quiff is a very interesting hairstyle. It incorporates elements of the flat top and the pompadour that was popular in the 1950s. The sides are cut or buzzed quite short, but the top is left longer. Unlike the flat top, the front is left very long compared to the rest of the hair. The top is combed forward as in the pompadour, but instead of being flipped up and back, it is simply flipped up.

This allows the front of the hair to stand straight out from the head as high as it is long. The gel is the best product to use to achieve the hold needed to keep the hair standing up in this style. While the quiff is sort of popular, few people would consider wearing one as tall as those worn by Jedward. 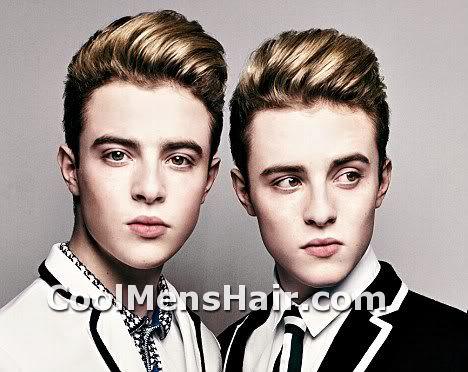 The boys have dark-colored hair naturally, but dye the top of their hair blond so that the quiff contrasts with the rest of their hair drastically. This produces a sort of retro look that stands out from the crowd dramatically. Jedward has made this their signature look.

The Jedward blonde quiff hairstyles are certainly unique. They are short on the sides and back with a large fade from short in back to really long in front. The way the hair is styled makes it stand up very tall in front in a manner that is reminiscent of the big hairstyles that were popular in the 1980s.

Videos on How To Do Jedward Hairstyle