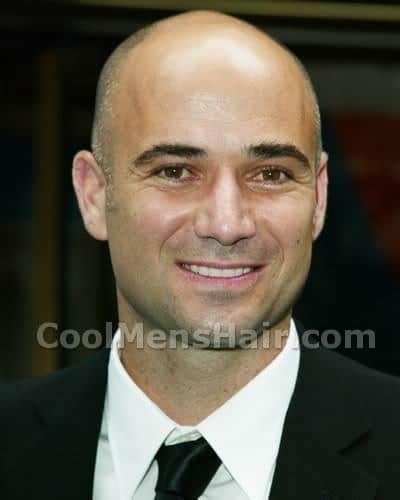 Andre Agassi is a former world number 1 professional tennis player from America. He has been called one of the most charismatic players to ever play the game. He has been given credit for helping to revive tennis’ popularity in the 1990s.

Andre retired from professional play in 2006 after bulging discs and a vertebral displacement caused him to suffer from sciatica and nerve damage. Here, we are going to look at the Andre Agassi shaved head look. 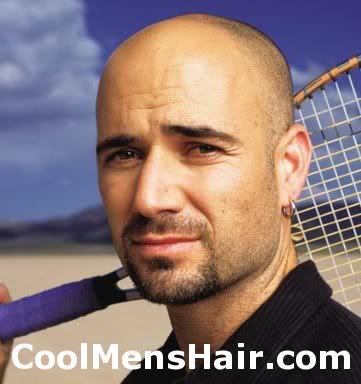 During his days as a tennis pro, Agassi wore his hair in a mullet that has been called one of the worst in professional sports. However, when he began to notice his hair thinning, he decided to shave his head.

This has become a popular method of dealing with male pattern baldness. Rather than fight to keep his hair or pay for expensive transplants, many men choose to embrace their baldness.

This look works well for most men who have passed the age of 40. Agassi does not necessarily shave his entire head. He has some hair on the sides and back of his head. He does, however, keep this hair cut extremely short. From a distance, it looks as if he is completely hairless.

It is important to note that the Andre Agassi shaved head look is not for all men. Men have different head shapes. Agassi has a head that is shaped perfectly for going hairless. On him, this look works well and has for more than 10 years.

A very large percentage of men will face male pattern baldness at some point in their life. Some begin losing their hair earlier than others. Men who are secure in themselves often choose to embrace baldness by shaving their heads rather than spend a small fortune trying to stop their hair loss or fill in thin spots with transplants.