There are as many rumors as to what causes baldness, as there are rumors of how to stop hair loss or balding. The problem, is trying to figure out which ones are fact, and which ones are myths, without investing an enormous amount of money in the process.

One of the most common myths about baldness is that it is inherited from the mother’s male relatives. The truth is, baldness can come from either side of the family. If all your male relatives are bald, chances are you will eventually have the same problem.

Another myth on how to stop hair loss or baldness is simply not to wear a hat. Although wearing a hat all the time could cause breakage of the hair, which would lead to a frizzy look, it does not cut off the circulation in the scalp, which causes the hair to fall out.

Washing your hair on a daily basis will not make you bald. Keep in mind though; everyone loses about 100 hairs from their head every day. This is a normal process. Although you may notice hair loss in the shower, it does not mean you are going bald.

So, is there any truth in any of the elixirs, conditioners, gels and ointments that are advertised today that do actively stop hair loss? The answer is no. None of these products are indefinite fixes that work to stop hair loss. The products generally won’t hurt you, and may even make your hair appear thicker by including ingredients that plump the strands of hair giving it a fuller appearance. The fact of the matter is, when you ask how to stop hair loss or baldness, you can’t, but you can slow it down.

Basically, at this current time, you only have two choices to help slow down the process of hair loss. Minoxidil and Finasteride are the only available products that actually do what they say they will.

Minoxidil, which goes by the brand name of Rogaine, is the more popular of the two. Rogaine can be purchased over the counter without a prescription and is a topical solution. It has been found to be most effective on the crown region of the head, but appears not to work as well in the frontal area, where most men have the problem of a receding hairline. Rogaine has been shown to grow a little hair, but is most effective with keeping the hair that is already there.

The only other choice is Finasteride, which goes by the brand name of Propecia. Propecia is a prescription drug that is utilized to shrink the prostate. Growing or maintaining ones hair was a side effect of the drug, just as impotency is another side effect of the drug. This is not to say that if you choose to take Propecia to slow down the balding process that you will become impotent, it is just one of the listed side effects that could occur, but rarely does.

If you choose either one of the afore mentioned products as a solution on how you can stop baldness and hair loss, you must be aware that even though you may see a little hair growth, they are both meant to be hair retainers, and both products, to be effective, must be used indefinitely. When you stop using the product, you are right back where you started.

Take heart though, there are studies being done all the time on how to stop baldness and hair loss, with many theories on the horizon. Studies are being done right now on the hormone DHT that may bring hope in the future for those who are searching for a product to prevent baldness. 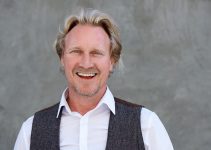