Shawne Merriman is an American football player for the Buffalo Bills. He played for the San Diego Chargers for five seasons after being taken 12th overall in the 2005 draft. While his career has been successful, so have has his hair. 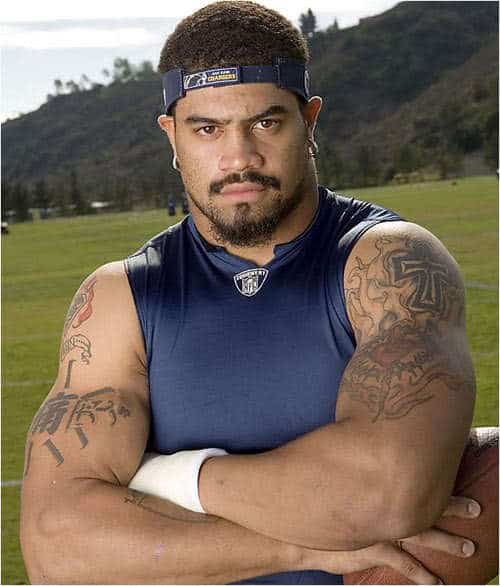 Early in his career, Shawne wore his hair in a simple, short cut that conformed to the shape of his head. This was a very low maintenance style that simply had to be trimmed regularly. No products or special tools were needed to create the look. 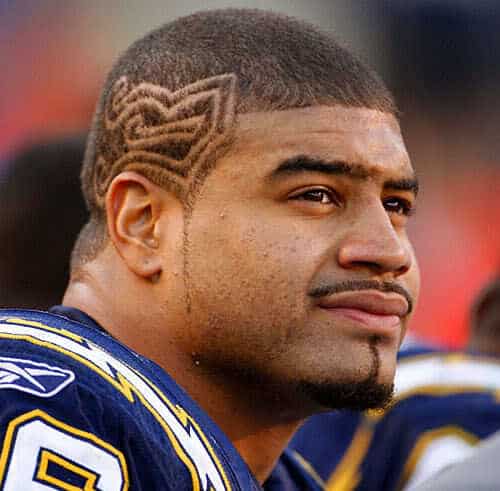 After he became somewhat established, he began to shave different designs into the sides of his hair. The top was kept short and close to the head. Some of the designs seen in this hair included something resembling a tape reel, a maze, and an X with balls at the ends of the cross pieces, similar to jacks. 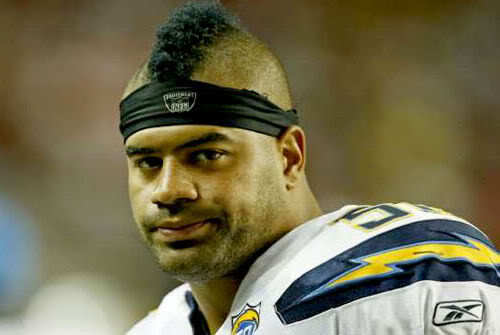 One year, he wore a faux hawk with the sides of the hair cut extremely close, but not shaved. The center strip was allowed to grow out a bit longer. More recently, he has gone to a true Mohawk. The sides are completely shaved clean. The center stripe is about an inch long in appearance, meaning that the hairs are quite a bit longer.

Shawne Merriman hairstyles have changed quite a bit through the course of his career. He has worn a nice, formal look that would be acceptable anywhere. He has also gone out on a limb with designs shaved into his hair that have been panned by critics in many cases.

He has also worn a faux hawk and a true Mohawk, both somewhat more accepted in the mainstream among athletes than some of the previous style choices he has made.