Ronnie Ortiz Magro is a 35 year old Italian-American and one of the original cast members of the MTV series, “Jersey Shore“. He is large and muscular, but shows a more tender side when he embarks on a romance with fellow cast member, Sammi. Here, we are going to take a look at the Ronnie Ortiz Magro faux-hawk hair. 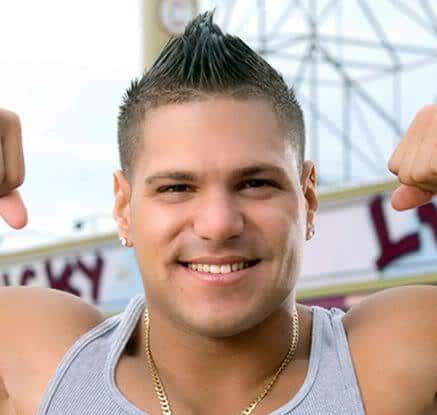 Ronnie wears his hair in a unique style. It qualifies as a faux hawk, but just barely. The sides and back are cut extremely short up to the point where the head begins to curve in toward the top. The outer areas of the top are short, fading to a length of about an inch in the center.

This fade is quite gradual, resulting in an appearance of having a top knot similar to that of a male blue jay or cardinal. When viewed from directly in front, his hair looks like an inverted V.

This is a very low maintenance hairstyle that does not require much effort or product. The hair is short enough to stand on its own without the need to add wax or gel. A small amount of pomade can help support the longest portion of his hair. 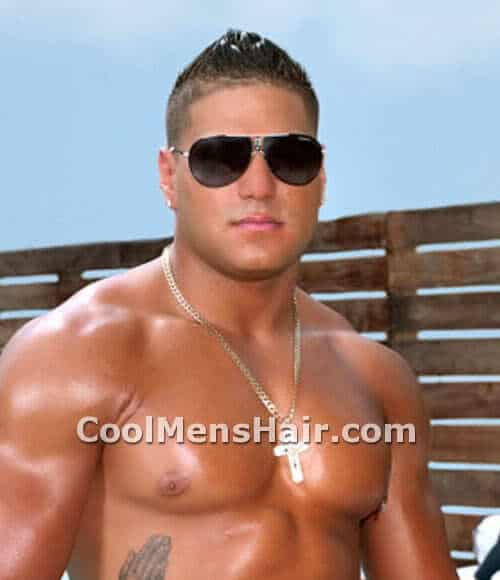 Despite the oddness of the cut, this hairstyle works for Ronnie. He has the type of strong facial features that would look good with virtually any style he chose to wear. The Ronnie Ortiz faux-hawk hair is one of the most unique styles seen.

Unlike a traditional faux-hawk, where the sides and back are cut short and the top is cut to the same length except for a stripe down the center, Ronnie has an almost military short cut on the sides and back with a fade at the top that grows gradually longer in the very center of his head from all directions.