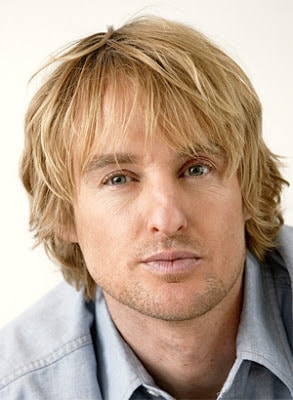 Owen Cunningham Wilson (born on November 18th, 1968), is a talented American actor and writer. Owen’s rise to fame started with Bottle Rocket, continued with Anaconda, Armageddon, and got his big break in the monster hit of 2000, Shanghai Noon (starring with Jackie Chan). He will be seen on his upcoming comedy film, Drillbit Taylor (released in March 2008).

Owen is a Hollywood male celebrity who wears unique long blonde surfer hairstyle. His hair is typically layered long & kept at chin level with bangs right at his eyebrows. His hairstyle works great for you who have straight or wavy hair. If you have a wide/high forehead, his bangs style can also hide your high forehead.