For most people, the first gray hair is a traumatic experience. Yet, with a few exceptions, most individuals will have a change in hair color. Graying hair can appear in childhood and at any age following.

By age 40, almost half of all Americans will have some hair classified as gray. Hair pigmentation varies according to genetics and some other factors. The color in your hair is from chemicals known as phaeomelanin and eumelanin.

Generally speaking, the more melanin that is present, the darker the hair color. Although ethnicity is a factor, there are vast differences in both hair color and texture even between individuals who are of the same ethnicity.

Often young women are most concerned about premature gray hair. In order to look at possible remedies to unwanted non-pigmented strands, you must first have an understanding of the causes. 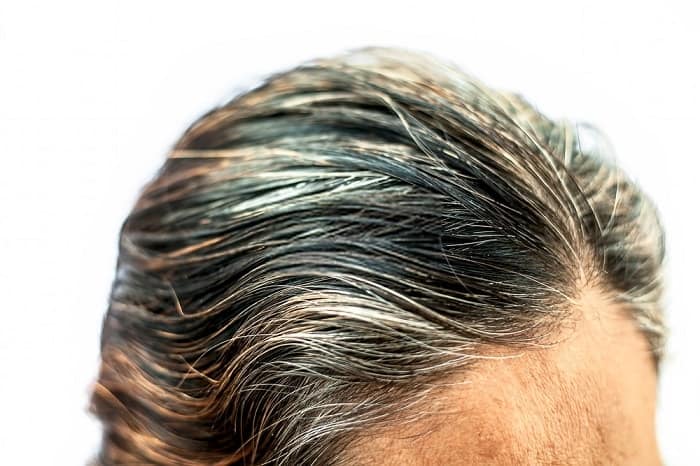 There are several theories and some proven facts about the causes of loss of pigmentation. For example, smoking, the Catalase enzyme, B12 deficiency, thyroid imbalance and a copper deficiency have all been suggested.

Of course, genetics is a major cause, as well. With many of these cases, it may not be a direct cause-and-effect relationship, but with others, there is a more direct link. 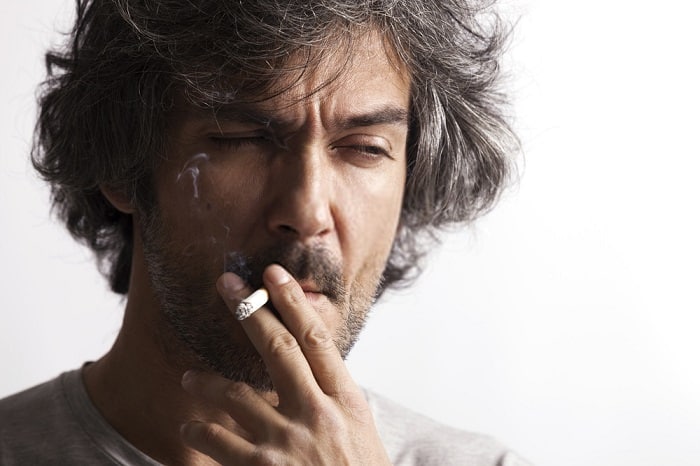 For example, cigarette smoking does not cause your crowning glory to lose color. However, smoking has been linked to premature aging. If the individual’s genetic code for aging results in graying normally, speeding up the aging process will cause the hair to lose melanin.

It is easy to see that if premature greying of hair is ceased. The graying process will continue, but at a pace, that is normal for the individual.

The Catalase enzyme plays a role in graying. This enzyme is responsible for encouraging the production of melanin. When Catalase production declines, again as part of the aging process, hydrogen peroxide builds up in the follicles.

Hydrogen peroxide is a bleach that works on the hair follicle. So, in essence, the enzyme doesn’t cause gray hair, it is the lack of the enzyme that allows the hydrogen peroxide to build up and bleach the hair. The study continues as to how this information can be used to encourage the production of Catalase. 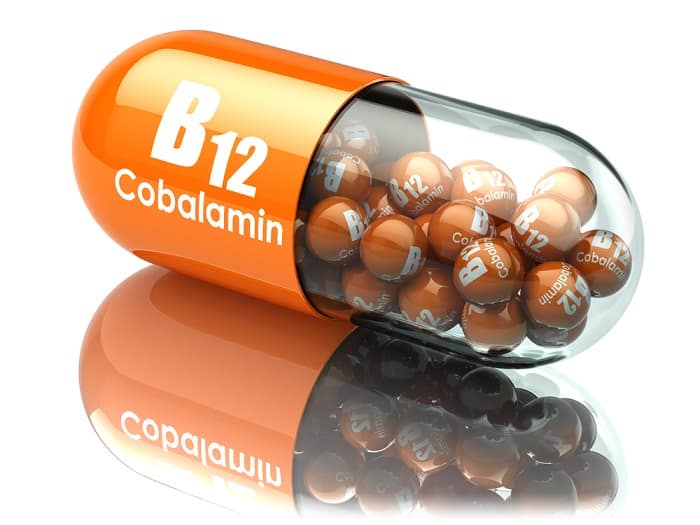 For individuals who have low vitamin B12 reserves, premature grey hair may occur. B12 is found primarily in milk, eggs, and meat, so vegetarians must take special care to ensure adequate bodily reserves of the vitamin.

Deficiency of B12 can also result from small intestine diseases such as celiac disease or Crohn’s disease. The vitamin can also be part of a daily supplement regimen. 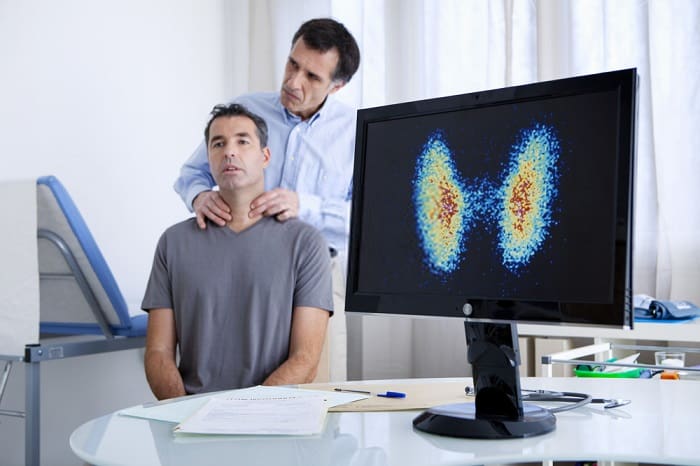 A thyroid imbalance can cause hair graying. Even though some foods, such as blackstrap molasses, seaweed, nettles, black sesame seeds, wheatgrass, and chlorophyll are thought to be beneficial in strengthening the kidneys and blood, excessive consumption of foods such as seaweed that contain high iodine content can cause problems in the thyroid gland, thus leading to premature aging.

Another common cause is a lowered amount of copper in the body. It is believed that the consumption of blackstrap molasses is beneficial as a therapy for copper deficiency. Avoiding corn syrup is one method to learn how to get rid of premature gray hair and improve the body’s level of copper.

Pluck One Gray Hair and Two or Three Will Grow Back – There are a number of myths associated with hair graying. For example, it has long been believed that if you pluck one gray strand from your head, those multiple others will come in its place.

While this may seem to be happening, it is simply the natural process of graying hairs. Each one that grows when the person is aging has less and less melanin, so the pigmentation level is less and less. Eventually, the new hairs that are coming in contain little or no pigmentation.

Too Much Sun Will Turn Your Hair Gray – Another myth associated with graying is that it is caused by too much sun. This misconception is likely due to the fact that ear and nose hair does not gray as rapidly as those on the scalp.

Since it is the breakdown of hydrogen peroxide that prevents graying, rather than the sun, wearing a hat all the time won’t keep you from going gray.

Stress Turns Hair Gray Overnight – Stress doesn’t make you go gray overnight either. While stress is not good for your body and can cause poor nutritional and sleeping habits, the stress itself is not directly linked to an immediate change in color.

Eating properly and making the necessary lifestyle changes to improve your overall health may slow or halt the progression of aging and graying.

Slowing or halting the graying process is one aspect of reducing the aging look. However, it is believed there are some remedies that will reverse the process of aging and gray color. There are external applications and internal applications that are linked to the reversal of pigmentation loss. 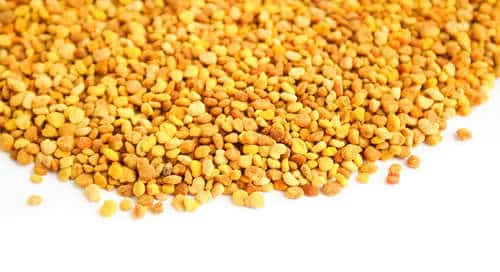 Bee pollen comes in various forms, including capsules, tablets and granules. It is helpful in combating various aging and health problems. The best bee pollen is found in areas where there is no pollution.

Rapid processing as soon after harvest as possible makes the product even more effectively. It is believed to be effective against many of the symptoms of premature aging and loss of energy. 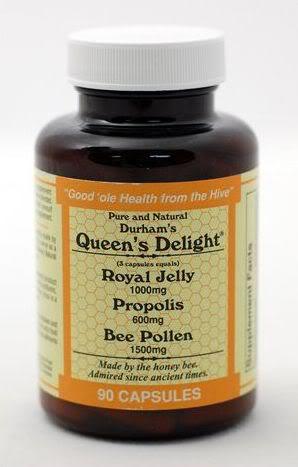 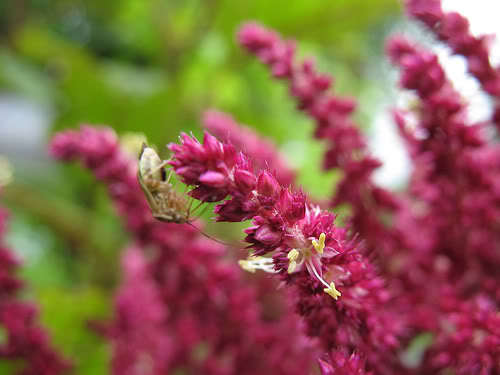 Drinking a dose of fresh amaranth juice daily has been shown to reduce the number of gray strands. Amaranth is an herb with more than 60 species.

In some areas, it is considered a weed, but many native populations consume the herb in various forms. Grain amaranth is believed to improve hair color and health with regular consumption. 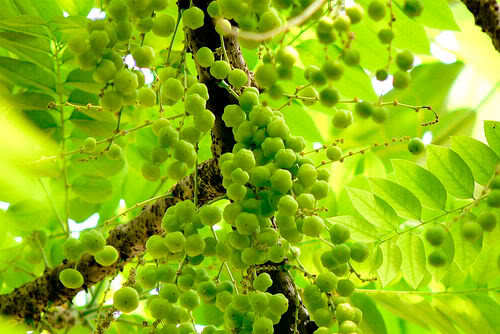 Little information is available about scientific studies. Indian gooseberry is also known as amla. Amla powder is high in vitamin C. It is sometimes mixed with lemon or coconut oils. 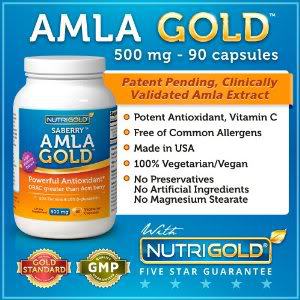 A common and readily available product that is touted by many as a means of how to get rid of gray hair is blackstrap molasses. It has been suggested that many Americans have a diet that lacks copper.

In addition, it is believed that using corn syrup as is found in many processed foods tends to strip copper from the body. Successful results have been found by simply adding a small daily dose of blackstrap molasses as a sweetener in tea or other drinks. 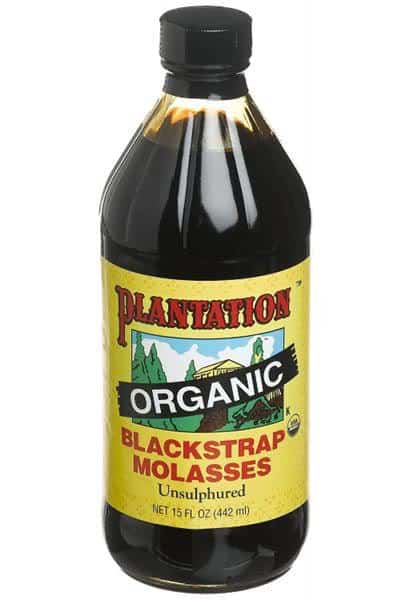 While copper is a trace mineral and doesn’t require a large amount to obtain the necessary levels, even foods with higher copper levels, such as liver, tahini and sesame seeds, oysters, chocolate, and sunflower seeds are made less effective when the cooking methods are not correct.

Overcooking tends to destroy the copper assimilation process. Certain kinds of proteins, such as those in eggs or milk interfere with the absorption of copper. 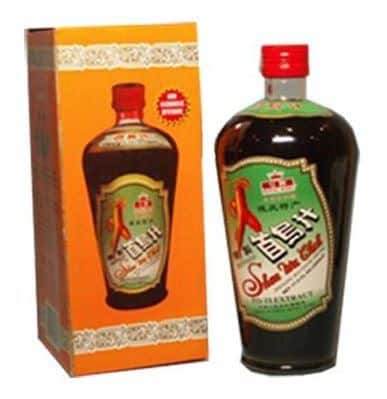 One of the most popular herbal compounds in TCM is He Shou Wu. This herb is also known as Fo-Ti or Polygonum multiflorum. The name is tied to a tale of a certain Mr. He.

A rough translation of the Chinese name is “Black-Haired Mr. He”. According to the story, Mr. He took the herb and was rewarded with black hairs well into old age. 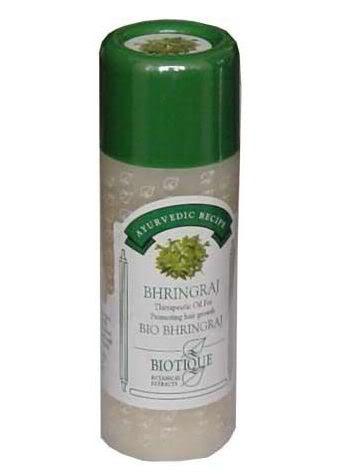 Ayurvedic medicine recommends another compound called bhringaraj, which is roughly translated as “King of the Hair.” Ayurvedic herbs also promote amla which addresses premature graying, along with other conditions. 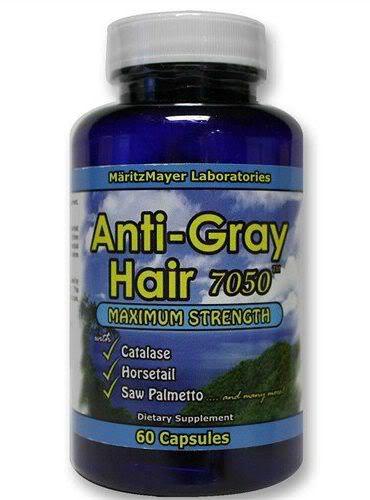 Anti-Gray Hair 7050 contains the Catalase enzyme. The compound is helpful to reactivate pigmentation cells all over the body. This enzyme will help to restore gray hairs to their original color. As stated above, catalase production is the enzyme that helps to transform hydrogen peroxide into water and oxygen.

When the hydrogen peroxide builds up in the follicle, it acts as a bleach in the strands. In addition to the catalase enzyme, Anti-Gray Hair 7050 contains amino acids, capsicum and essential minerals to nourish the follicles.

.The supplement includes Catalase and other nutrients to make the strands thicker, healthier and fuller. In addition, the compounds stimulate melanocytes to that the body is stimulated to produce the pigmentation primary of melanin.

By increasing the production of melanin, it is possible to overcome the genetically programmed tendency of the aging body to produce less and less melanin. Even nearly dead or inactive pigment cells can be stimulated and activated.

The formula is natural and works on both men and women. The age at which graying begins is not a factor in the reversal process provided by this compound. It usually requires up to nine months for a significant difference in the level of gray hairs to be seen. 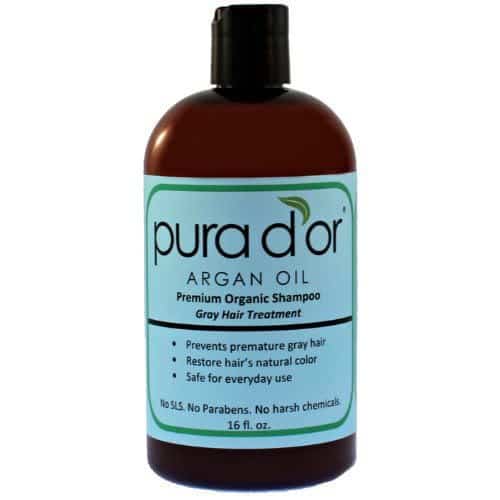 Another product that is useful to reverse the signs of gray naturally is Pura d’or Gray Hair Treatment. This shampoo is chemical-free and doesn’t cause many of the chronic damage conditions, including graying.

The gentle shampoo stimulates melanocytes which encourage the production of melanin protein. It only requires about four to six week of daily shampooing to see a restoration of naturally pigmented hairs. This shampoo is appropriate for all types and can be used daily. 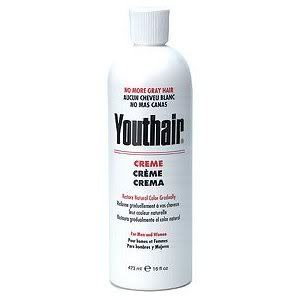 Another wonderful natural product of today that will restore natural color is YOUTHAIR creme. Daily application of this cream will result in a restoration to natural hair color in about three week. The product is intended to be applied to the hair and combed throughout on a regular basis.

All these products are intended to prevent and reverse premature gray hair in various ways. Promoting the increase of pigmentation through Catalase enzyme enhancement is helpful. This allows the buildup of hydrogen peroxide to be reversed and natural pigmentation to be restored. However there is an additional way to deal with premature graying. It can be colored. 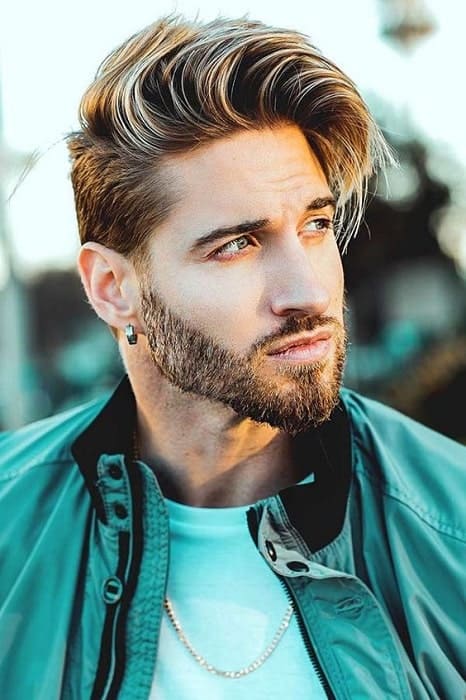 Using coloring agents is not something that should be attempted by anyone who is not willing to spend the time to understand how the product works and what precautions should be taken. For most people the desired result is to end up with a color that looks natural yet is not too flat or uniform.

Most strands are slightly varied in color, so the results should look varied as well. Some strands do not accept the color as well as others, whether gray or pigmented.

Generally speaking, the darker the hair color, the better coverage of gray hair will be achieved. Most people find that two or three shades darker than the natural hair color is adequate to achieve good coverage.

However, it is possible to go for an exciting new look in a lighter shade than what had been possible in the past. There is no need to dye all of the hair at the same color. Anyone can opt for a lighter shade to highlight or streak his hair. This streaking technique is a great way to hide gray hair while making a man look younger.