Actor Martin Freeman is known recently for his role as Bilbo Baggins in “The Hobbit”. He has a totally different type of role in the British television series “Sherlock”. The Martin Freeman hairstyle has different lengths of the bangs and different colors. The bangs might be side-swept or trimmed to mimic the Caesar style. 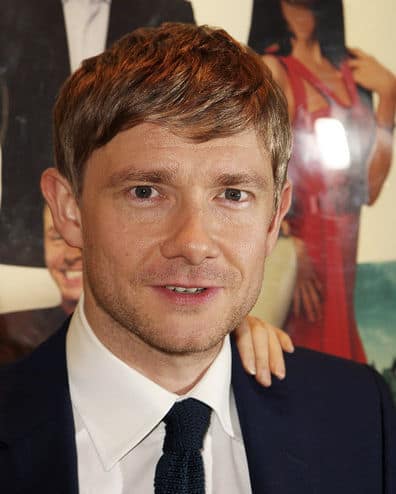 The actor’s formal look consists of bangs combed smooth and slightly to one side as well as onto the forehead. He has been known to texturize the front hair so that it appears fuller and not so rigid as it would be with the Roman emperor’s style. Of course, the Caesar style has bangs that are evenly cut and shorter than other designs. To avoid blunt ends, the fringe must be cut in an angle. 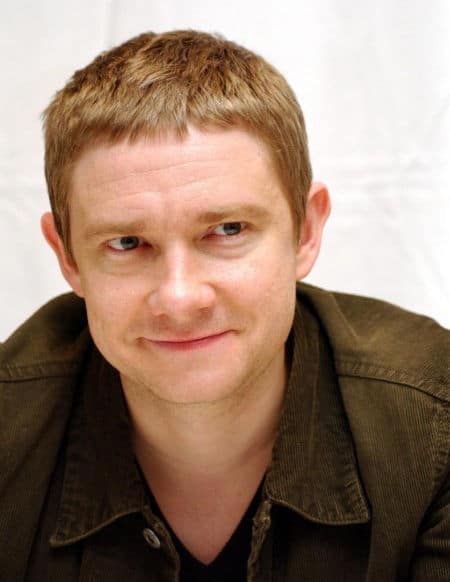 The color of the actor’s hair is perhaps as frequently changed as the fringe length. The rich light brown suits his skin color and his eye color. He is not known for his facial hair, so that doesn’t interfere with the hair color.

Daily styling is not a lengthy process, although hair color changes can require time. Most of the time, styling is through the use of ensuring a full look without the heavy or oily look of some styling products. 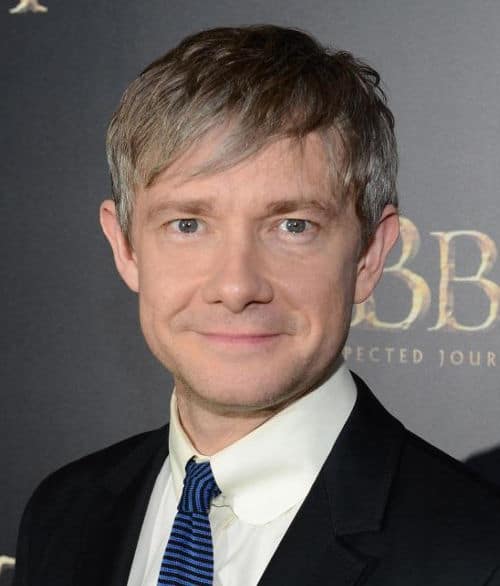 What unique from his hair is his graying hair. The gray occurs only at the tips area and faded away. Only few men experienced with the graying hair at the ends of their hair. The combination of the gray and the bangs is a great way for camouflaging a receding hairline or frontal baldness if one has any.

The specific style worn by the actor is suitable mainly for men with a face shape that is either square or rectangular. It is not recommended for men with a round face, since the look makes the face appear shorter and more rounded. The style can be worn by men and boys of various ages and job types.

The hairstyle is layered and generally is fairly short. In some instances, the back hair and sideburns are allowed to grow longer, but never beyond the earlobes. In the back, his hair does not reach collar length.