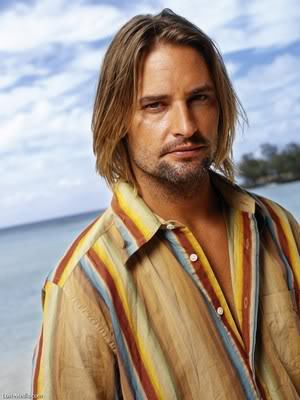 Josh Holloway long hairstyle
Few can match the ruffled look sported by the TV hunk Josh Holloway and his hairstyle fashioned in light copper brown hues. This actor has caught the fancy of many not only with his powerful acting but also with his shoulder-length locks. Blessed with light and straight mane Josh made his way through several hairdos pulling off every single one with equal ease.

California born Josh Halloway initiated his career with bit roles in several films but finally opted for the small screen to prove his mettle as an actor. Soon Josh made his presence felt in several episodes of popular soaps and became a noticeable face.

Much of his popularity is credited to his laid back haircut and cool image alongside his acting prowess. The model turned actor, however, gathered oodles of praise as the con artist James “Sawyer” Ford in Lost depicting a bad boy look all through. His shiny mane brushing his shoulders gave him the perfect conniving image his character demanded.

Prior to the long locks with casual wave Josh Holloway flaunted the short center spiky youthful cut in Doctor Benny. He charmed the audience with his tousled waves and beard sporting a boyish image in Walker, Texas Ranger.

Moving on from his miniature size cut, Josh went back to his signature long locks and bearded look. In fact, Josh’s hairdo is quite an inspiration for those men who prefer to keep their hair long. The shoulder length jagged cut goes perfectly with his macho style complementing his oval face. 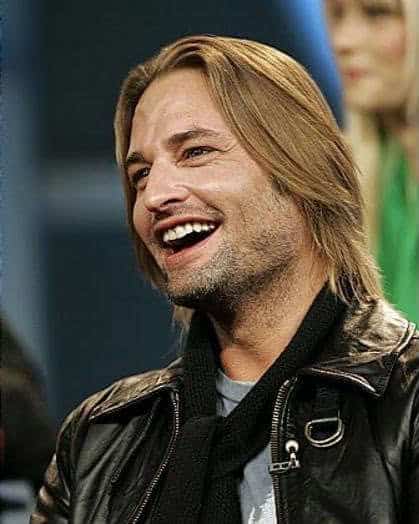 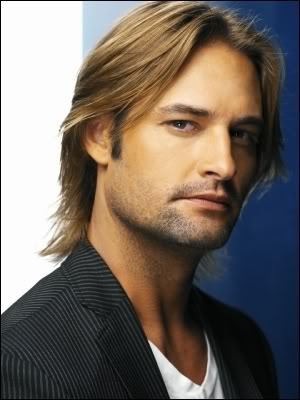 Whatever might be the character or occasion, Josh Halloway is a man who loves to keep it long, simple yet sexy. In his recent advert shoot for Davidoff Cool Water, Josh sports a wet brushed in look groomed to perfection. The straggly locks tuned with layers and bangs gives him a exact mean guy look required for his character in Stay Cool. 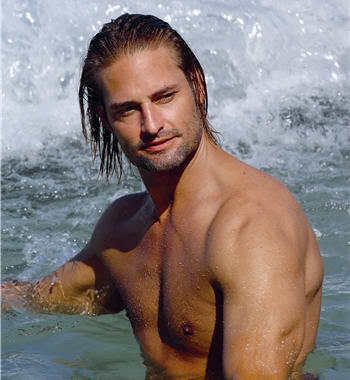 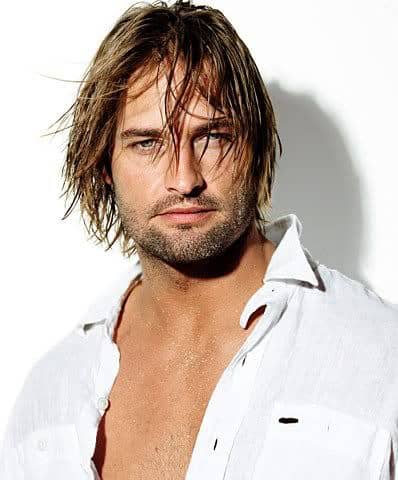 Josh Holloway and his surfer hair style
With light and wispy hair fine in texture, Josh Holloway promises to be a name never to get “Lost!” in the fashionably hip crowd of Hollywood!