Vinny Guadagnino is a 24 year old American actor and reality television personality. He is a member of the cast of MTV series “Jersey Shore” and has appeared in one episode of “The Hard Times of RJ Berger” and two episodes of “90210”. He has his own personal style as seen in his haircut.

This is a short buzz cut that hugs the shape of his head. All of the hair is cut to a uniform length.

This hairstyle has several advantages. First, it is much cooler because more air is able to reach the head and body heat is able to escape. It does not require any work on his part to keep the hair styled because it is too short for a comb or brush to have any real effect on it. This also makes it less expensive because no products are needed to hold the style in place.

The one drawback is the need to have the hair trimmed at regular intervals in order to maintain it. It should be trimmed at least once every two weeks in order to keep it from growing out enough to need a comb.

The Guadagnino butch cut is a style that a man can cut himself if he is confident in his ability to control the clipper. The blade should be set at their longest setting with no guards in place. Simply run the clipper over the head in the direction of hair growth.

Working in front of a mirror with another behind the head will help one avoid having any missed areas. If this is not available, one could have a friend who can see the entire head cut the hair so that all strands are of a uniform length. 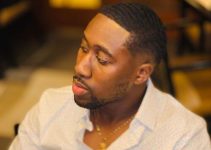