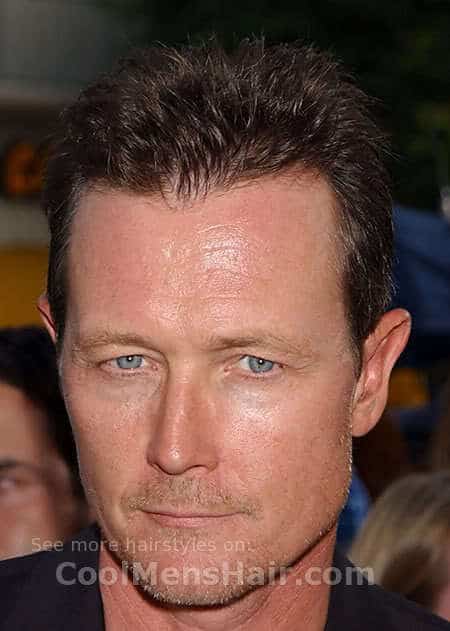 American actor, Robert Patrick, is probably best known for his role as the T1000 in “Terminator 2: Judgment Day”. He has also starred in “The Faculty”, television’s “The Outer Limits”, and other shows. He took on the role of John Doggett, the FBI agent who replaced Fox Mulder on “The X Files”. Here, we are going to look at Robert Patrick short spiky hairstyle. 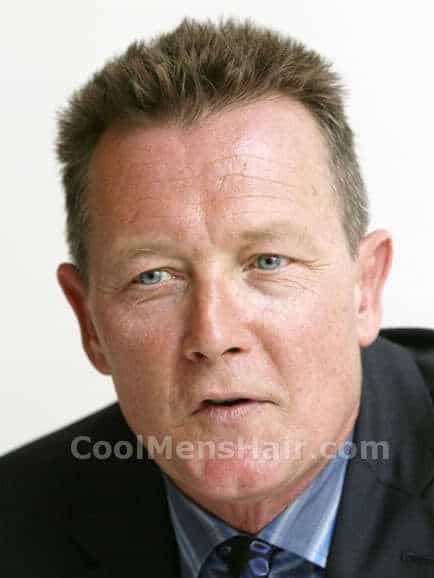 Robert’s hair is kept cut short. The length averages about a half to one, inch. The sides and back may be a bit shorter, though not much. The top would probably stand up on its own, but a small amount of gel assures it. This provides a stiff hold that should last all day.

If he wants his hair to feel more natural, he can use pomade, or wax instead of gel. Gel dries hard and stiff while pomade dries with a soft hold.

This is essentially a low maintenance hairstyle. No combing or brushing is needed at all. A small amount of product placed on the fingers and run through the hair is all that is needed to create the look and maintain it. Wax may need to be reapplied during the day.

It is also necessary to have the hair cut frequently to keep it from growing too long to stand up in this style. The hair normally grows at a speed of half an inch a month. Therefore, he should get his cut every few weeks.

The Robert Patrick short spiky hairstyle is one that looks especially good on older men, though it works for young men with the right facial shape. It is easy to achieve and maintain, with the most important part of the maintenance being frequent hair cuts. A small amount of product on the fingers is all that is needed to create the style.