If ever there has been a rocker in the British music scene who was both enigmatic and yet charming, Morrissey seems to epitomize him the best! A talented vocalist and lyricist, he has been named as one of the greatest influences in rock music in the past two decades.

Morrissey’s effervescent mannerisms and his rebellious trait made both fans and the media follow him like frenzied fanatics. “The Independent” has paid the ultimate tribute to Morrissey, stating, “Most pop stars have to be dead before they reach the iconic status that he has reached in his lifetime.”

This veteran singer was born in Davyhulme, Lancashire on 22nd May, 1959 to Irish immigrants. An author in his youth, Morrissey had been into punk rock and pop stars. His first short stint as a rock vocalist was with the punk rock band ‘The Nosebleeds’ in 1978.

His ambiguous sexuality, controversial lyrics, a forthright image, an ironically suave advocation of animal rights and vegetarianism, coupled with his vocal talent has earned him laurels worldwide. This is one of the main reasons why, even after the breakup of his famous band, ‘The Smiths’ at tight on the peak of popularity charts pursuing a solo career.

Morrissey remained unbeatable with his style too. Earlier Morrissey had long, fanned-out hair which was completely jet black in color. Later on, as he founded the alternative rock band, ‘The Smiths’ in Manchester in 1982, he gave a whole new look to his hair.

And boy did it catch on with the fans! A mid-way between the quiff and the Mohawk, Morrissey’s hair reached almost a cult status, just like his portrayal in the contemporary media – larger than life! 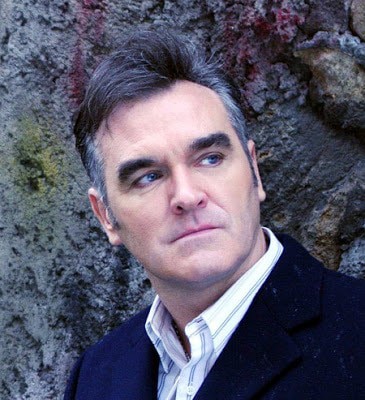 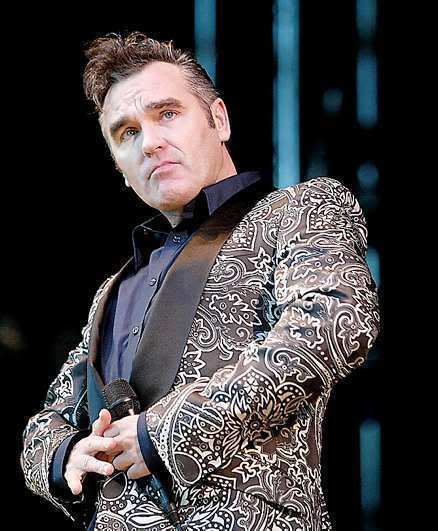 While with ‘The Smiths’ he has been constant in sporting a single hairdo. Cut very short on the sides, it has mid-length hair on the top. The hair on the top is air-brushed and messed up into spikes, standing right up on their roots! The hairstyle had fans swooning! Guys during his time started shaving their hair partially to achieve ‘The Morrissey Look’!