Christopher “Kit” Harington is a 25-year-old theater and television actor from England. When he played the part of Alberta in the West in the production of “Warhorse” he is currently seen on HBO in the medieval fantasy “Game of Thrones”. However, the interest here lies not so much in following his career as in looking at the Kit Harington hairstyle. 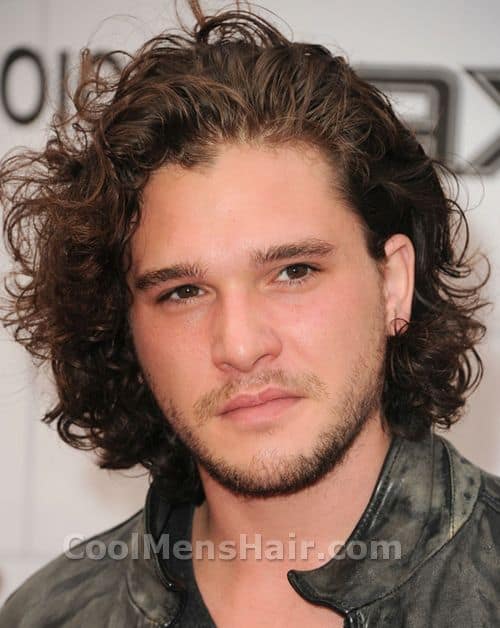 Christopher wears his hair at approximately shoulder length. It appears that he does not part it at all, choosing instead to simply comb it back and to the right. However, even this is not a truly accurate description because the style is one that gives the illusion that he does nothing with the hair. It is a natural messy curly hairstyle. 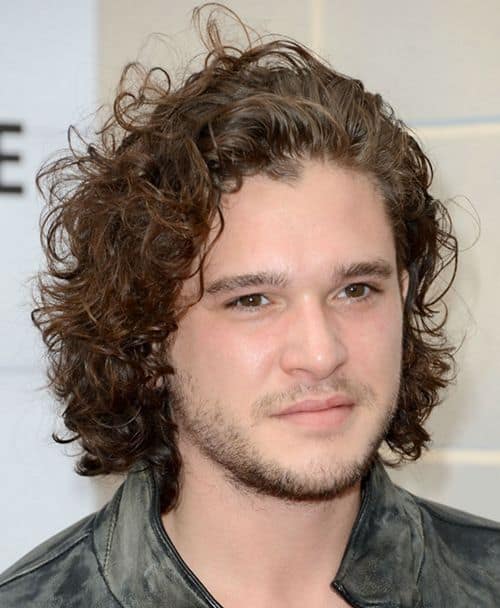 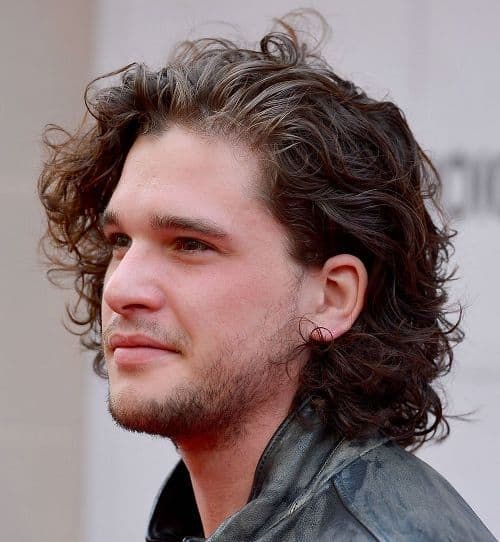 The side view of Kit Harington hair. Photos via KitHarington.com.

It does appear that he adds a small amount of pomade to his hair while it is still damp, giving it a slightly wet appearance. This is a softer, more natural look than could be achieved with gel. It also provides a general hold that keeps the hair in place even while filming action scenes.

In addition, he seems to sport a small amount of facial hair. He has a thin mustache coupled with a beard that starts out as sideburns and remains thin until it reaches his jaw line before getting thicker just below his chin. There is very little connection between the mustache and beard as the mustache tapers down to nothing as it goes toward the beard.

Considering his age, the appearance of his facial hair is actually what one would expect if he had not shaved for about five days. Of course even this is an illusion as he must maintain this length in order to play his character. He does a very good job of keeping it trimmed.

The Kit Harington hairstyle is one that would look good on most young men. It is a bit longer than traditional cuts normally seen in offices. However, it is an excellent length for most casual settings. While the character he plays lives in a medieval setting, this style is practically timeless.

It requires more maintenance than what it would appear, yet is a relatively simple style to maintain. It is also very easy to achieve this look when preparing to start the day by simply running a brush through it a few strokes to remove tangles than using the fingers to place the hair. Periodic trimming helps to maintain the length.