Kid Rock is the stage name of American rapper, singer/songwriter, musician, Robert James Ritchie. He has been active in the music business since 1988 but was almost unnoticed until the release of his album, “Devil Without a Cause” in 1998.

His first worldwide hit, “All Summer Long” was released in 2007. While his career has experienced many ups and downs, the primary focus here will be taking a look at Kid Rock hairstyles. 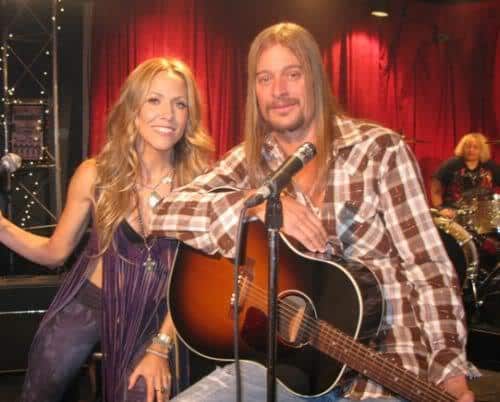 Ritchie wears his hair slightly longer than shoulder length. It has very little, if any, natural curl to it. This makes it hang straight down. It often has a slightly greasy appearance, though this is not always the case. As a rule, he simply parts it in the middle and brushes it so that it hangs straight down to either side. 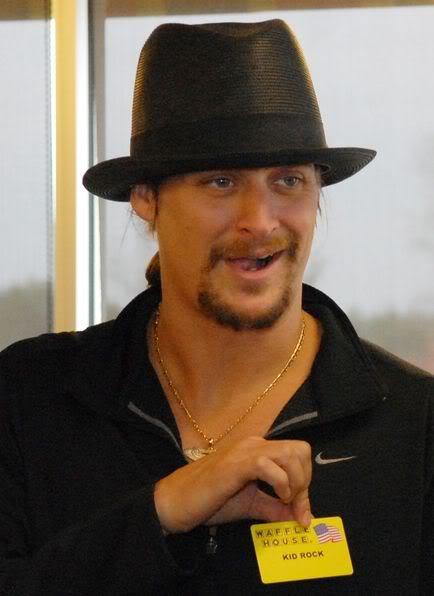 He has also been seen on several occasions with his hair pulled back into a ponytail. Because he normally wears a hat, the ponytail can create the illusion that his hair is shorter.

In addition to the long hair, he also wears a mustache and a small beard that covers his chin in a band slightly wider than his mouth. The ends of his mustache turn down and meet the ends of the beard. He has worn this style of facial hair basically since beginning his career.

Kid Rock hairstyles have not changed much since he first began performing. He seems to have focused more on his music than on changing his appearance through the years. This has allowed him to project the same “bad boy” image he started out with when he began rapping.

Even though his music has taken a turn toward the country sound, his hair is still well in keeping with the rebellious image that has come to characterize many of the best artists.