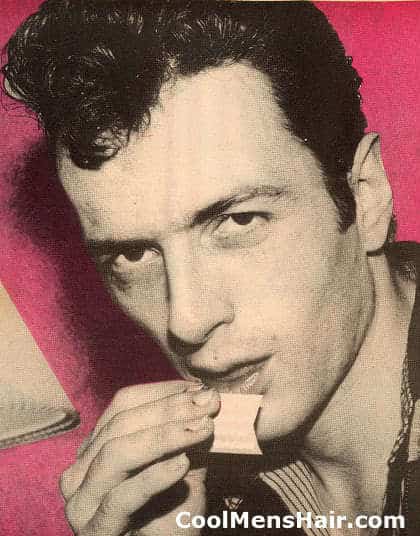 Joe Strummer Pompadour hairstyle.
Joe Strummer is the lead singer, rhythm guitar player, and chief lyricist for the English punk rock band, The Clash. He has also been a member of other bands, including The Mescaleros, the 101ers, and Latino Rockabilly Wars. Strummer was born John Graham Mellor in Ankara, Turkey to a British diplomat and a nurse. He died at the age of 50 in Broomfield, Somerset, England. 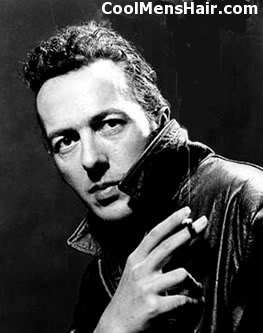 Joe Strummer’s pompadour haircut.
Early in his career, Strummer wore his hair in a pompadour. This is a high rising hairstyle that requires medium length hair. The hair is combed forward, then flipped upward to produce this style. The sides and back can be short or medium length, but the top needs some added length to make the hairstyle stand up tall, the way it is supposed to do.

Later, when he cofounded the Clash, Joe changed his hairstyle from the pompadour to a Mohawk. This is another style that stands up, but has some major differences. First, the sides of the head are shaved, or at least cut extremely short. The top of the hair is cut into a strip that runs over the center of the head. Wax is often used to make the stripe of hair that is left stand up straight and tall.

The length of the stripe can vary from one person to another. Joe kept his relatively short and uniform, without any of the spikes that characterize so many Mohawks. He also allowed stubble to grow on the sides of his head and in the back where the stripe was not located.

This is a divergence from the true Mohawk, but does not allow as much hair on sides and back as the similar hairstyle that is known as the faux-hawk. These are the two Joe Strummer hairstyles that were worn during his career as a musician and singer.