Danny O’Donoghue is a singer, songwriter and currently the lead man of the group known as The Script. He does vocals, plays the guitar and the keyboard. Over the years when he has been in the public eye, he has manifested a number of mid-length styles.

The spiked look features the dark haired artist with two to three-inch locks on the crown, sides, and back of his head. The spikes are brought up and back. The hair in front of the ears and in the temple area is flattened and trimmed in a broad wedge shape. Since the front locks are lifted up and away from the forehead, it leaves the forehead almost squared off.

Because the strands are brushed up from the front hairline, the design almost looks like a modified pompadour. However, it doesn’t have the smooth sweep of the traditional pompadour. The look is fresh and yet masculine. Since he is not clean shaven, there is a balance to his overall appearance.

Some mid-length looks emphasize the upswept lines from the forehead. He has a rather distinctive widow’s peak, so when the temple hair is brought slightly forward, there is a strong heart shape to his face. Again, facial hair keeps his look very masculine in overall appearance.

The Danny O’Donoghue hairstyle is not one which would be suited to every man. The most distinctive feature is the way the hairline is styled at the temple. It is a very geometric line with a blocked base angling up from the mid ear to a point above the outer third of the eyebrow. From there the line it straight upward to meet the hairline above the forehead. It effectively emphasizes his very attractive eyes. Whether smooth or spiked, he makes the most of his healthy looking hair. 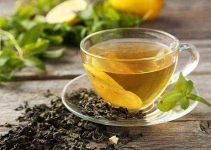