Contrary to the popular belief black kids with blonde hair aren’t rare! Most people think natural blonde hair has always been attributed to Caucasian or very light skin people only, with black women or men being directly associated with very curly, dark hair.

However, this is not true. Although it is the norm for white people to have blonde hair, it isn’t the rule, since black baby with blonde hair exists, and they are actually quite a big population. 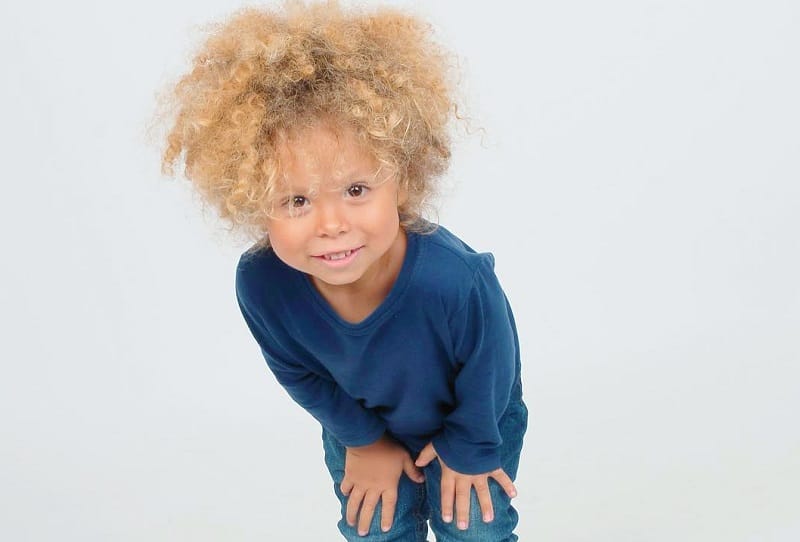 Thanks to globalization and social media, seeing a black kid with blonde hair isn’t as rare as it used to be, however, it is still something quite odd to the eyes for someone who didn’t know this could happen. So let us explain.

African people with blonde hair actually originates from Australia, where the Melanesian population is. They are the main population of a wide Area in New Guinea, and they are very well known for… Get this.. their blonde hair.

The thing that is so catching about them is their very dark skin mixed with curls of gold, because yes, their hair might be blonde as the sun, but they still have their signature curly hair as black kids. 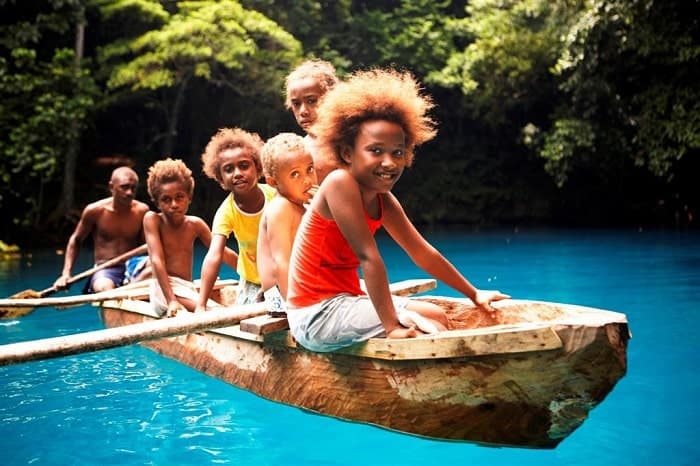 Now, as to exactly it all began, we would have to take a look back in history, but to sum things up, it is believed that black babies with blonde hair pretty much came from the Melanesians, who at the same time came from the black population of the Solomon Island.

You might be wondering what does this has to do with black kid’s blonde hair, and it all resumes to evolution and of course, genetics.

You see, according to science and history, due to the large exposure to the sun and the salt in the water people of the Solomon Island were constantly living under, their hair naturally began to turn blonde.

Why Black Babies Have Blonde Hair? 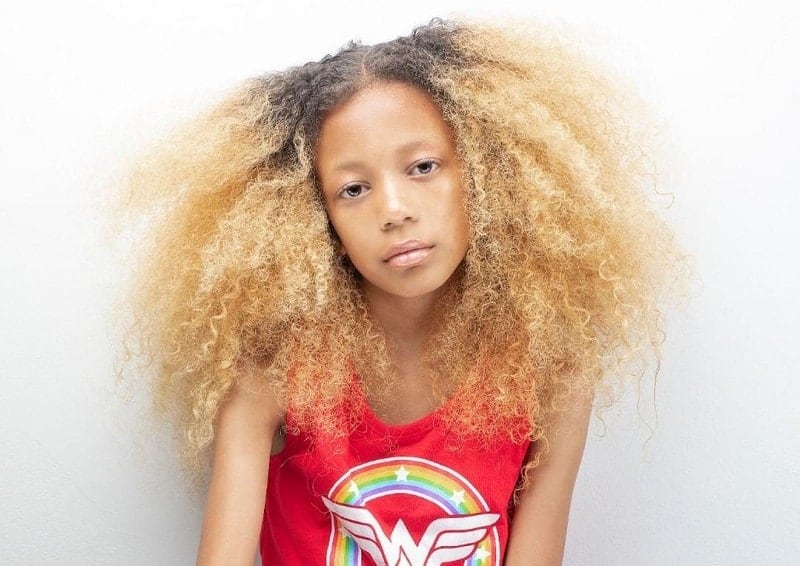 Like we just said, their story begins blonde hair dates back to the native people of the Solomon Island, however, it doesn’t really end there since there’s so much to talk about still.

For example, the reason why we are getting used to seeing more and more mixed babies with blonde hair nowadays is thanks to genetics; to be more specific, it’s thanks to one special gene. 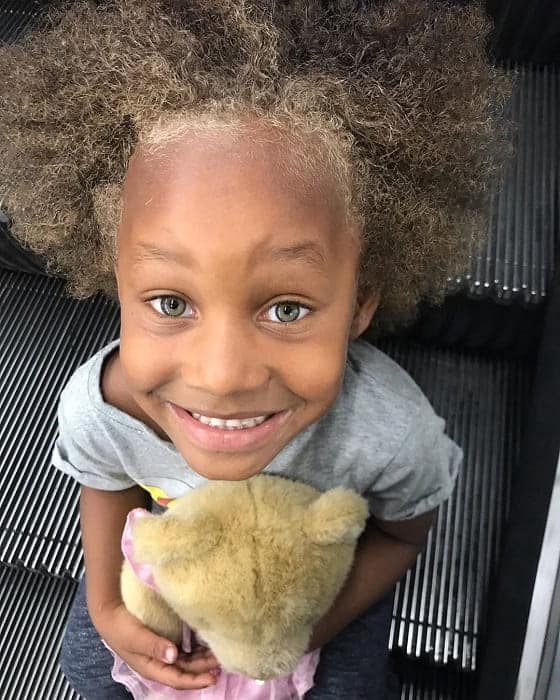 You see, although it is true blonde hair in black people has to do with European heritage/evolution, the main reason why so many more kids nowadays have blonde hair even though they are dark-skinned is thanks to their genes.

According to a study made by scientist Sean Myles and his whole team, it turns out there’s a variation of a specific gene that makes black people have kids with blonde hair. 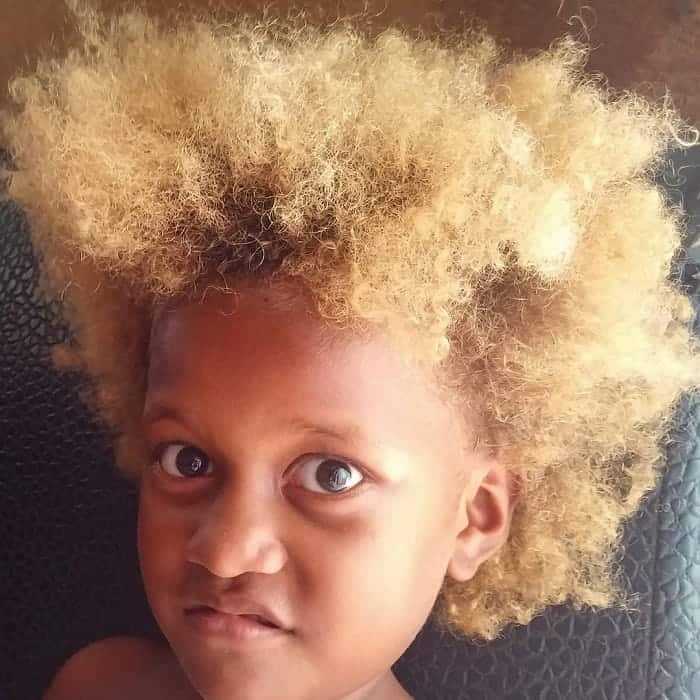 This is why to African parents could conceive a baby with naturally blonde hair, and is exactly why black kids still keep their natural curls, even if they don’t have their signature dark hair.

Now, it is important that you realize this isn’t so much of a common thing since the gene that makes this happen is recessive, which means: One, kids directly get it from their parents; Two, it can be easily overshadowed by a stronger gene, to say it someway. 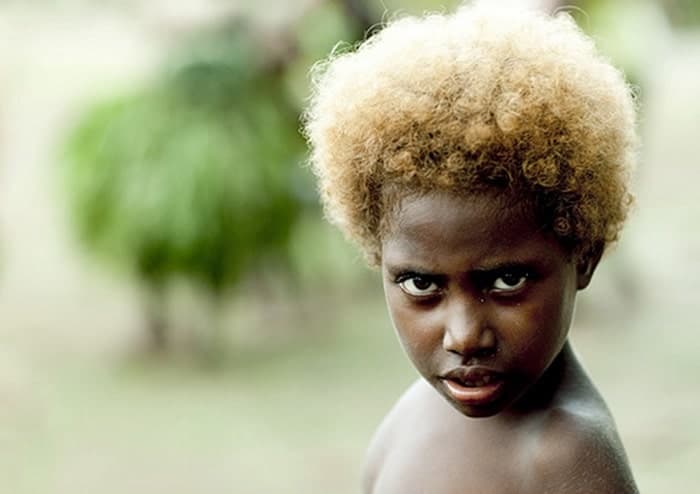 To sum things up, blonde black kids have existed for quite a while now, but it is thanks to social media and globalization that we have begun to see them more often, and little by little getting used to their blond curls.

Last, but not least, these black babies won’t stay with blonde hair all of their lives, since it’s very likely their hair will start to get darker once they begin to grow up.

This doesn’t mean they’re going to go from gold blonde to pitch-black hair, but they might go from a very light blonde to a more dark blonde as they grow up, and that’s completely normal!

So now you know the reasons behind black kids having natural blonde hair!