Bertram Cooper is a fictional character in AMC television’s series, “Mad Men“. He is one of the founding partners of Sterling, Cooper, Draper, Pryce, the advertising agency about which the plot of the program revolves. He is a distinguished older gentleman, and as such, many admire the Bertram Cooper hairstyle, mustache, and beard. 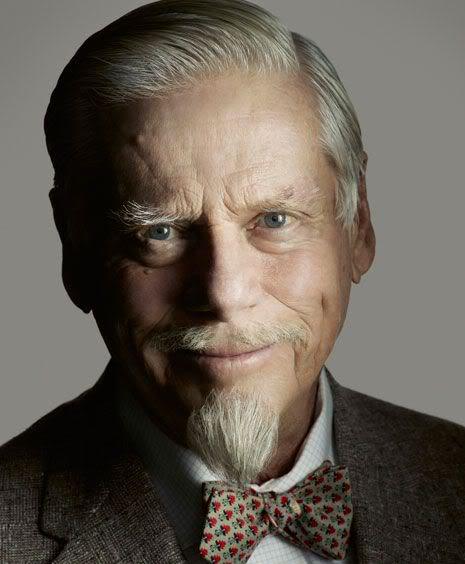 His hair is worn cut short in a conservative style in keeping with his professional status. It is off the collar in back and off the ears on the sides. The top is a touch longer so that it can be combed over to one side. He parts it on the left side and combs it to the right and back so that no sign of bangs can be seen on his forehead.

This is a relatively high maintenance style as he must comb it back into place after virtually any physical activity. A small amount of pomade and/or a light spritz of hairspray help to hold it in place.

In addition to his professionally cut and maintained hairstyle, he wears a medium thickness mustache. This is groomed so that it does not become bushy and completely cover his lip. He allows it to grow past the edges of his mouth and turn down slightly near the laugh lines in his face. Overall, the mustache helps to make him look more distinguished.

He also has a small beard. Because this grows almost exclusively at the point of his chin, most would refer to this as a goatee. He keeps it waxed and pulled down so that it comes to a point about an inch and a half below his chin. The rest of the face is kept clean shaven. 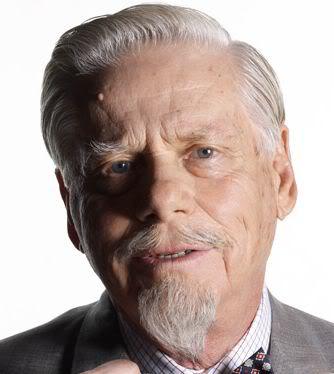 This limited use of facial hair serves to highlight his facial features without hiding anything, including his dimples. He still looks clean and well groomed, indicating that a good deal of time is taken to ensure that the mustache and beard are trimmed and styled the way he wants them.

The Bertram Cooper hairstyle is a look that works very well on older men who still have the majority of their own hair. Those with a receding hairline or male pattern baldness would not be able to pull it off.

On actor, Robert Morse (plays the role of Bertram Cooper), this look creates the illusion of an older, slightly eccentric professional. He makes expert use of a limited amount of facial hair to accent his features and make him look distinguished without any sign of scruffiness.