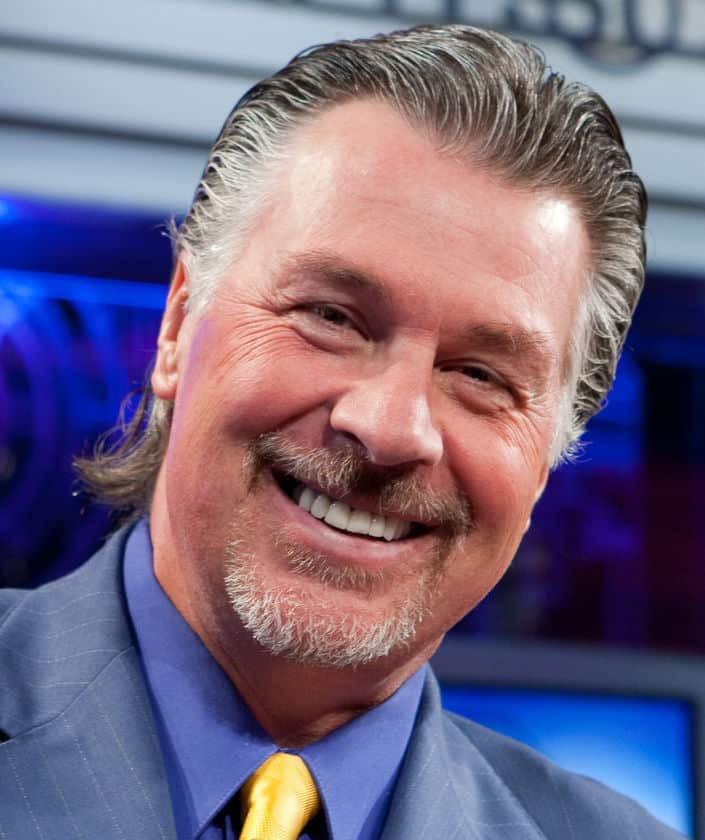 Barry Melrose is a Canadian sports broadcaster and hockey commentator for the ESPN network. Prior to this, he was a professional player in the NHL and a later head coach. One thing that has changed very little over the course of his career is his hairstyle. 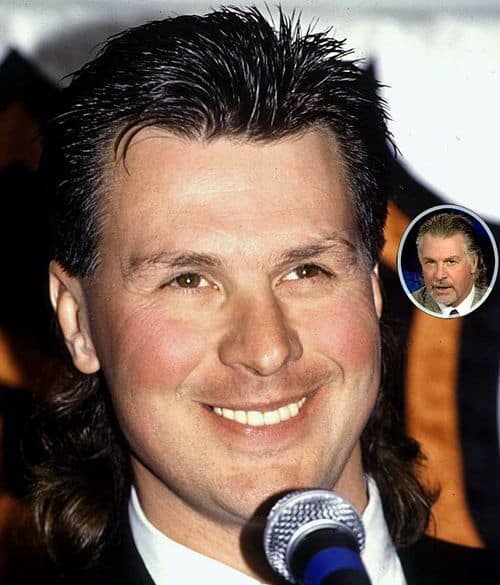 A mullet is a style that was very popular in the 1980s. The top and sides of the hair were cut short while the nether parts were allowed to grow long, often past the shoulders. The businesslike appearance when viewed from the front mixed with the long locks hanging down led to the coining of the phrase, “All business up front and a party in the back.”

One feature that sets Barry’s style apart from a standard mullet is the way he styles it. The sides are just a bit longer than one would expect with this style. This is so that he can sweep them to the rear and blend them into the long back hair without a clear division between the sections. He also combs the top straight back instead of having it parted on one side and combed over. 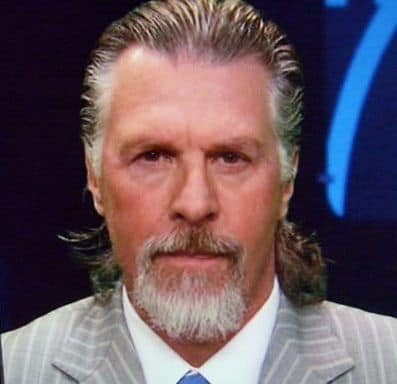 This sweptback style makes use of a product that was especially popular in the 1950s, hair creme. This product gives the hair a wet look, even when dry. It also holds the hair in place more stiffly than pomade, though not quite as stiffly as gel. Men used this product to create several different styles then, but all came to be known by the nickname, “greasers“, due to the greasy consistency of the product.

In many ways, the Barry Melrose slicked back mullet is a throwback to earlier years. However, the way he wears it now, in conjunction with a mustache and goatee, gives it a sleek, modern appearance.