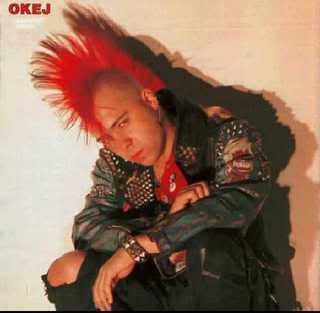 Wattie Buchan Fanned Mohawk hairstyle
Wattie Buchan is the lead vocalist for the punk rock group The Exploited. Born Walter Buchan in Edinburgh, Scotland on July 24, 1956, he served a stint in the British Army before he returned home and joined the band his brother had started in his absence.

He quickly took over the duties of front man and has led the band ever since. Their early music was of the street punk variety, but is now exhibiting more of a thrash influence. 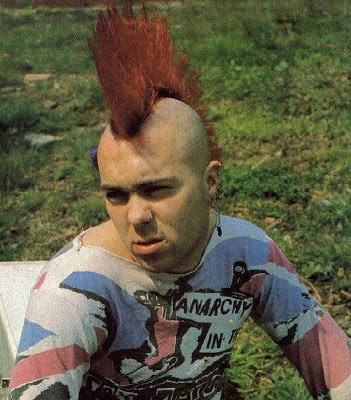 Wattie Buchan punk Mohawk hairstyle
Buchan wears his hair in what is basically a traditional punk hairstyle, the fanned Mohawk. A Mohawk consists of having the head shaved on both sides, leaving a strip of hair down the middle that is allowed to grow to different lengths.

Dye is often applied to the hair that remains to produce wild colors and stripe effects that make the style a statement of the person’s individuality. In the case of the fanned Mohawk Buchan favors, the strip of hair is allowed to grow out fairly long and is arranged so that it has the appearance of a fan when viewed from the side.

This arrangement is often more stylish and aesthetically pleasing than the spiked Mohawk favored by many of the younger punk rockers.