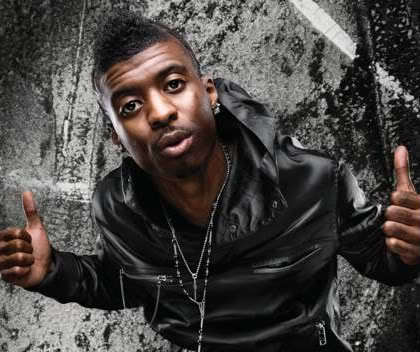 Yung L.A. Mohawk haircut.
Leland Austin, more popularly known as Yung L. A., is a popular rapper. However, it’s not only his songs, which normally talk about social issues such as struggles in the streets, that make him one of the most noticeable singers these days. It’s also his hairstyle, which is aptly called the Yung L.A. Mohawk hair.

Yung was not the first person to sport a Mohawk. In fact, the hairstyle is called as such because a lot of people believe it’s how a certain group of Indians wear theirs a long time ago. It’s also easy for you to spot a Mohawk. It is described as having shaved hairs on both sides of the heaven but leaving the center thick.

Yung L.A. ‘rock’ Mohawk hairstyle.
What makes Yung L. A.’s Mohawk so different or even radical is the fact that it contains a number of designs, depending on his mood and the message he wants to get across. For example, you may spot him wearing “stars” on his head or the word “rock.”

You too can get this type of hairstyle. You simply have to tell your hairdresser to be more creative and add art on to your Mohawk. Nevertheless, you have to be risky and brave enough to carry such hairstyle with flair and confidence.