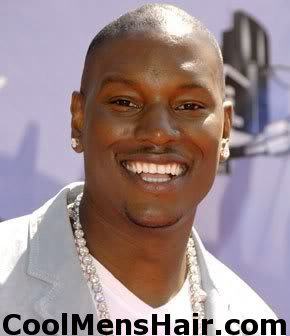 Not every man can get away with a bald pate. It requires several characteristics that you may not have thought about. The personality must be strong enough to not depend upon a hair style for confidence and self-possession. Going bald deliberately means “I’m know who I am.”

Not everyone has the head conformation to look sexy while bald. If you have bumps and scars on your scalp, you probably won’t be able to carry off the hairless style as well as Gibson.

A sexy hairless head requires a sexy body to match the head and this celebrity doesn’t fail in this department either. Proportions are important too.

Tyrese Gibson
Tyrese Gibson sexy bald head is not solely responsible for his success. His voice, musical artistry, creativity and acting abilities are versatile. It will be interesting to see where his next arena for success will be.