Tom Hiddleston is another in the ranks of prominent figures from the UK who are making a name in the film world. He is set set to reprise the role of Loki in the 2013 film “Thor: The Dark World”. The actor also played the same character in “The Avengers” from 2012 and the 2011 hit “Thor” from Marvel Studios. 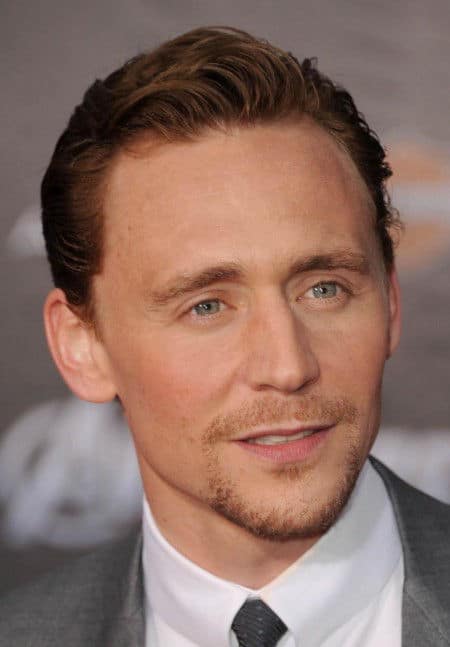 Like many men of his age group, the actor’s hair is obviously thinning. His forehead is high and there are signs of male pattern baldness beginning to show. His hair is relatively short and worn closer to his head than a spiked style would demonstrate. On the top and sides of his head the style is fuller than a slicked back look, but still has a direction to the back of the head rather than straight up. 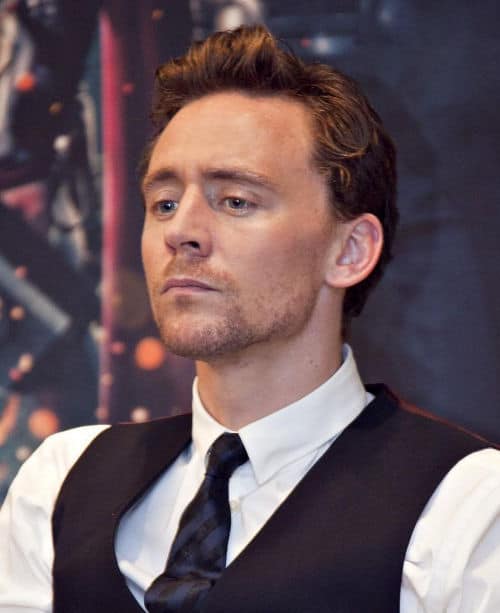 Viewed from the front, the back hair shows below the earlobes. The blunt ends of rear strands of hair drop to about an inch below the ear lobes. This element would be jarring were it not for the balance provided by other elements of this actor’s hair design. 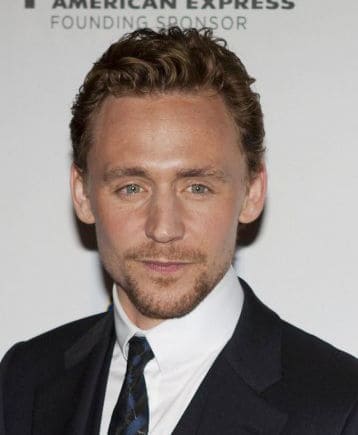 Several geometric shapes can be used to describe the hair and facial growth on this actor. For example, the neatly trimmed beard is definitely triangular in shape. The straight lines provided by the blunt base of rear hair and the rectangular shape of his forehead is partially offset by the high rise of his slightly receding hairline.

A Tom Hiddleston hairstyle is one that is particularly appropriate to men reaching middle age in appearance, if not in years. It’s a young look that will transition better than some of the more edgy styles. The look would be appropriate in most professions and goes well from office to recreational activities.