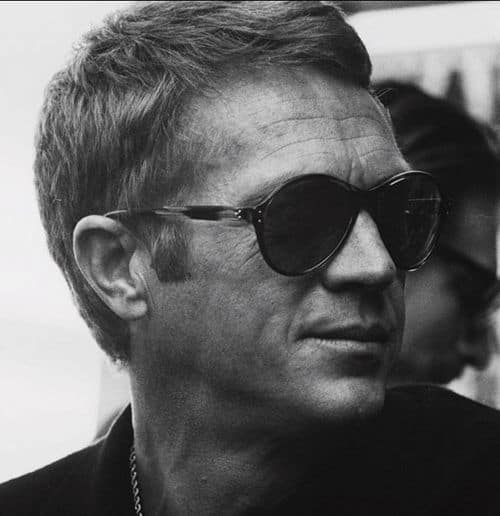 Steve McQueen (March 1930 – November 1950) was a very popular American film actor. He developed a sort of “anti-hero” persona that had people flocking to theaters to see his movies during the 1960s and 70s. He was one of the largest box office draws of the time and commanded very high salaries for his work.

As was common among men at that time, he almost always kept his hair cut short and conservative. The sides and back were tapered and the top was just long enough to comb to one side. He usually parted it on one side and combed to the other, but which side the part was on changed from time to time. 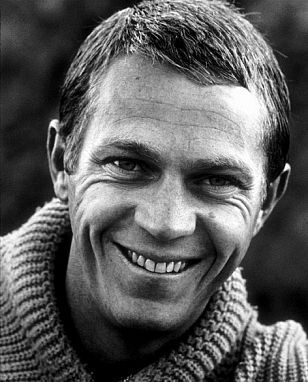 In a few instances, he had the top cut a bit shorter. This allowed it to stand up just a bit from his head and gave it a slightly thicker appearance. It was still combed to the side, but this cut allowed it to show a bit more texture. 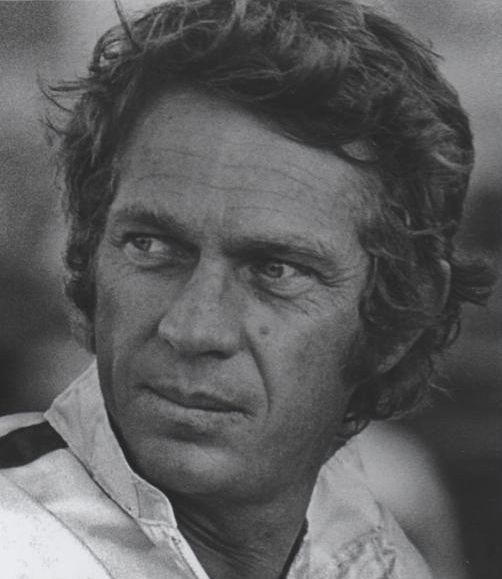 There were also times when he let the hair grow out long enough to touch his collar and cover his ears. This made use of the same styling technique, but changed his appearance considerably. He also wore long, bushy sideburns with this style, which was common practice in the 70s.

The Steve McQueen hairstyle did not change a great deal at all during his career. While the length was somewhat variable, he always kept it neat and used a conservative comb-over style that would have been acceptable in any setting, including working in a professional office.

He did allow texture in his style, both when the hair was at its shortest and when at its longest. In between, the locks were straight and lay flat against his head without the need for gel or other products to hold it.