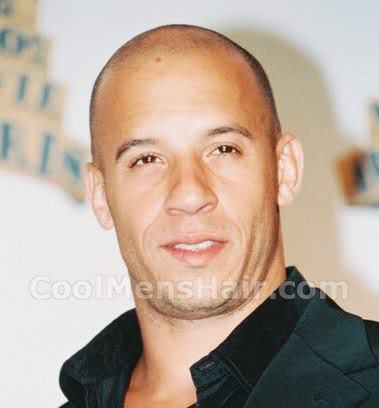 Vin Diesel is an American born star with a bi-racial background. The facial characteristics that are so strong allow him to play numerous roles. His deep voice gives him additional exposure in speaking roles for animated projects. The name selected surname refers to his high energy level in activities, while Vin is a shortened version or his true surname Vincent.

His live theater experience began with a performance at age seven in a children’s play in New York City. He has worked at a number of jobs, but acting, directing and writing are his first love. In fact, his stage name was first developed when he worked as a bouncer in a New York City nightclub.

His interest in the theater was the impetus for attending Hunter College in NYC where he explored his ability to do screenwriting. The first film role for Diesel occurred in 1990.

Urban Strays was in competition at the 1997 Sundance Festival and was transformed into a series by MTV. Other major roles include the film Saving Private Ryan, The Iron Giant (voice only) and the breakthrough role in Pitch Black.

Since that time, he has been seen as a major action adventure hero in the roles he has selected. His career has earned him a loyal fan following. He admits that he shaves his head to achieve the bald signature look. 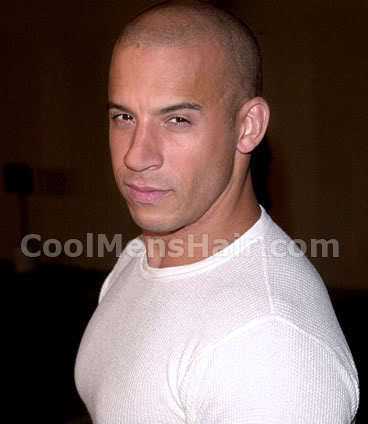 Sexy bald actor, Vin Diesel has the strong features that can carry off the lack of hair on his head. His features are well defined with no obvious bumps and lumps on the scalp to cause the focus to be on the detail rather than the overall look. His complexion is such that there is a balance in overall characteristics.