Peter Andre is a British musician who was raised in Australia. He was once married to model, Katie Price. He is most widely known for two songs he recorded, “Flava” and “Mysterious Girl”. He has been performing since 1991. During that time, there have been several different Peter Andre hairstyles.

As a general rule, he chooses to keep his hair cut short. It is not uncommon for him to be seen with the sides and back buzz cut very short while the top is left about two to three inches in length. This gives him a good deal of versatility in styling the hair according to his circumstance.

He typically uses a good bit of hair cream on his hair to make it look wet and lay flat to his head. It was parted on one side with the top being brought forward and to the other side. He has also used cream to pull his hair up and present a messier look. This is accomplished by coating the fingers and running them through the hair two or three times. 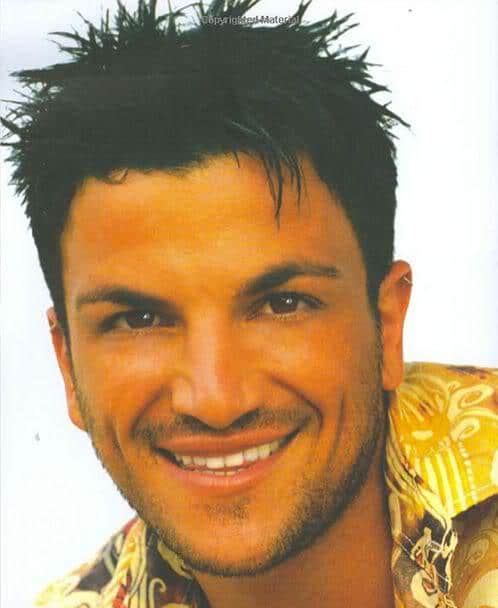 He has occasionally had the top hair cut a bit shorter so that he could get it to stand up in spikes all over. This look was generally achieved by using gel and pulling up each spike individually with his fingers. All he had to do was lift a clump of hair from one area and twist it into a pointed spike.

The hairstyles are all similar in cut. However, the way he has it cut provides a great deal of leeway in choosing exactly how he wants to style it. He can brush it out straight and tight to his scalp, use his hands to give it a mussed up appearance, or use his fingers to create uniform spikes all over.