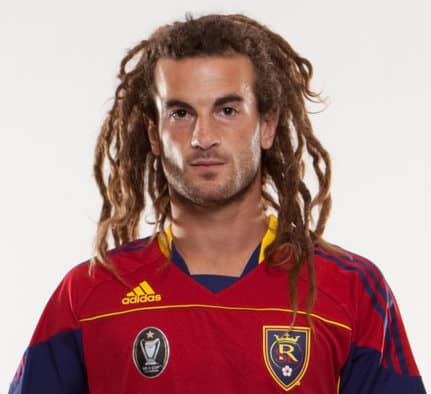 The fascination with Kyle Beckerman’s dreads is far less about the actual style of his hair and more about its versatility. His long locks suit both his face and his personality. In fact, it is even possible to say that his dreadlocks enhance both of these things by simultaneously muting and highlighting their most commanding features and aspects. 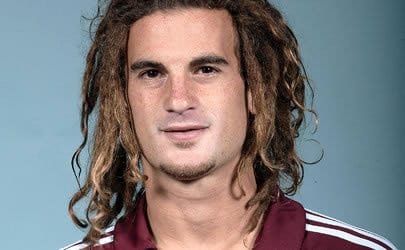 He didn’t always wear his hair this long and there are numerous images of him growing out his current style. The in-between phases in which his locks were not quite long enough to hang loosely were certainly less than appealing.

Now that they have the proper extension and shape, however, they are the perfect adornment for his long square-shaped face, whether he has pushed them back with an inconspicuous headband, wrapped them in a loose and messy ponytail or left them to swing wildly about as he dominates the field.

For men like Beckerman, locks have a way of softening the face. This is due in large part to their association with nature-loving, laid back individuals who are more likely to hum a Bob Marley tune than scream in your face. It doesn’t hurt that this player has a winning smile and scruffy thatch of facial hair.

The fullness of his locks helps to round out his rectangular face. He still maintains enough angular precision to hold court as a believable and utterly capable team manager, which means that even though his hair tames his sculpted visage, it also enhances his all-natural, manly appeal. This is saying a lot for a style that travels just beyond the shoulders.

Perfect for guys who like the ungroomed look of someone who is beyond the stuffy conventions of the everyday working Joe, Kyle Beckerman dreads hairstyle is the ideal way to create a softer, gentler look, without emasculating the face.