Kenshiro is the main character and protagonist in the manga series known as “Fist of the North Star”. The Kenshiro hairstyle is is unique and somewhat exaggerated, simply because the hero is a comic book character. According to the creators of this series, Ken, is loosely based on martial arts star Bruce Lee.

The character has another nickname. He is known as the “Man With Seven Scars”. The scars found on his chest represent the stars in the Big Dipper. In the first chapter of this saga, the hero spends his time fighting various opponents by using an ancient assassination technique using hidden meridian points. The technique is known as Hokuto Shinken. 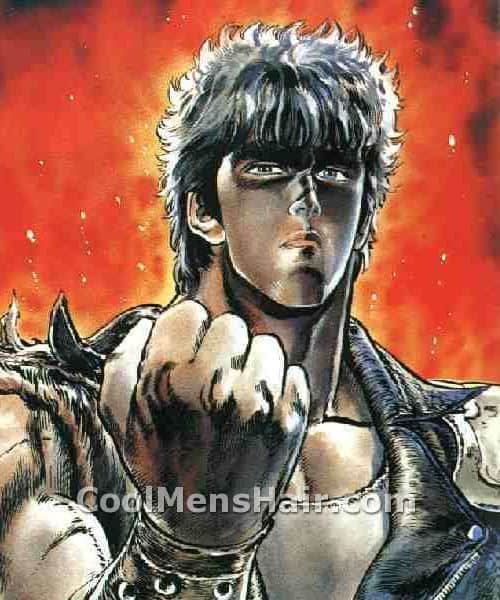 The adult character is portrayed as a muscular, tall and dark-haired male with a forbidding visage. The hairstyle is one that might be hard to duplicate in real life. It has a crown point, not at the usual location, but significantly forward on the top of his head. From that point, spiked hair radiates in all directions as a sunburst effect. 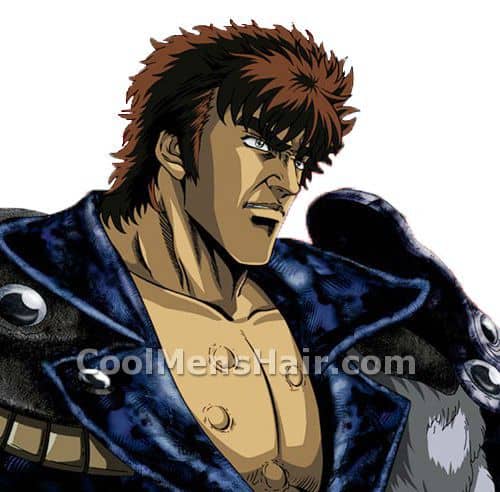 The top hair appears to be about three or four inches long and is stiffened into a spiked style. On the back and sides of his head, his hair is significantly shorter, and trimmed more to the shape of his head. Long trimmed sideburns extend to earlobe length in front of his ears, while the entire ear is visible, framed by shorter side and back hairs.

Given that the setting of this character’s activities are mostly in a post apocalyptic era, the Kenshiro hairstyle is not too hard to place as unique. A number of versions of the hero have been presented and there is some continuity between the original characters and later battles undertaken by the skilled fighter and warrior. The image of this character is consider one of the top three most popular manga heroes.