Ice pick sideburns are the thin and tapered kind of sideburns that work great in men with short, close-cropped hair.

They are often very thin and narrow as they go down and the reason why this type of sideburns is named so because the tip is often pointed like an ice pick.

It is relatively easy to do, but we recommend having a barber do the style to make sure that both sides are even.

How to Make Ice Pick Sideburns 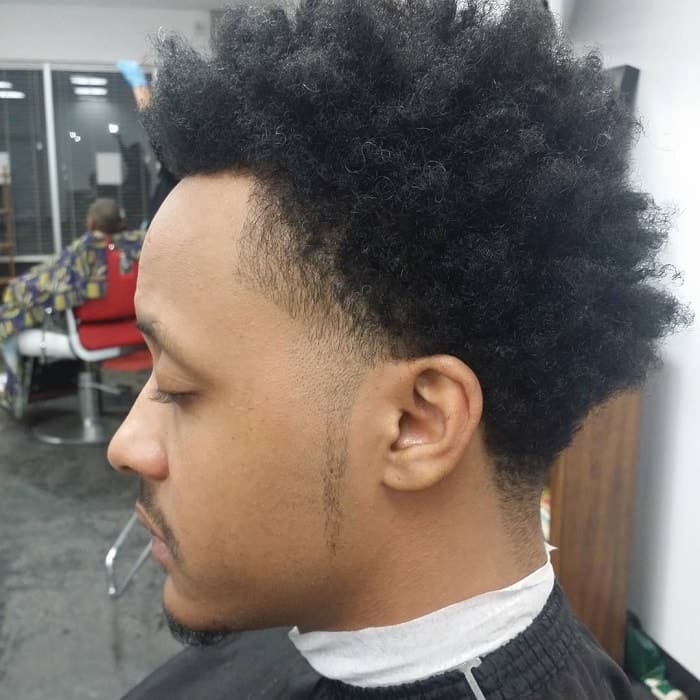 The sideburns tend to be light and thin, so they will not be very visible in men with long wavy hair. Therefore, you need to trim your hair short. After that, using an electric razor, follow the curve of the hair from the side of the forehead down to create a distinct line.

Do this by positioning the razor against the line that the curve forms, and drawing straight up to cut the hair and define the outer curve. Follow the straight line of hair that runs alongside the ear, going with it so that you make the line straight and distinct.

The tip should not be longer than the earlobe and should end about 1 inch from your jawline. You can trim the area immediately next to the earlobe so that you make the skinny sideburns more distinct. Clean the surrounding area by simply running a razor around it, leaving the sideburns untouched.

Some guys prefer extending the tip so that it forms an unbroken line with the hair on the chin but if you want to create a distinct ice pick, stopping right next to the earlobe would be a good choice.

To enhance the tip of the sideburns, hold the razor against the tip in a slanted position so that you create a V-shape on the tips. It is important to remember that you need to use the trimmer without an attachment to keep them as thin and as short as possible.

The ice pick should form a triangle on the base and extend downwards in a thin, very narrow strip of hair until it reaches the tip, where you have created the point. You can keep the hair in place by running hair gel through it, although even without any product you can expect the sideburns to stay put.

You can maintain the pointed sideburns by cleaning around the area to prevent the surrounding hair from growing too long. An electric razor is the best tool you can use since you can get the thin, narrow lines you need to create for this particular style.

It is important to do the trimming on dry hair to ensure straight, even lines. A good way to make sure that you are staying within the lines and you are keeping the lines as straight as possible would be to use a shave gel since the gel will help make the lines more obvious.

To make sure your ice pick sideburns are even in length, look at yourself in the mirror with your head straight and trim each side as needed.