Erroll Flynn was an American actor in the 1940s and 50s. He was actually born in Australia but became a naturalized American citizen in 1942. He is likely best known for his role as Robin Hood and for playing other swashbuckling heroes. While he did change his hair for different roles, he is easily recognized in photos by his trademark Errol Flynn hairstyle. 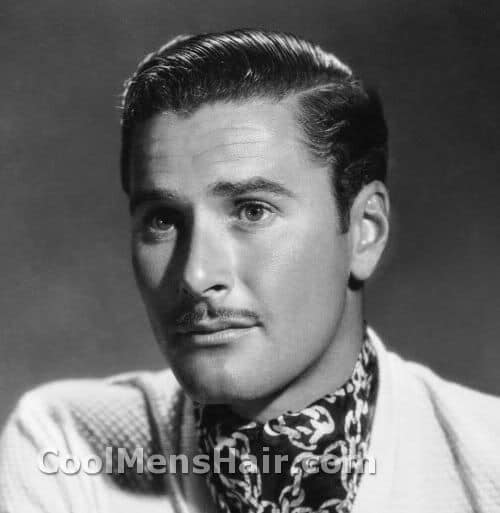 Throughout much of his career, the actor wore his hair in a short, conservative male style. The sides and back were cut short and tapered to blend into the top, which was left longer so that it could be combed over. He typically combed it back at an angle and applied a liberal amount of hair cream to hold it in place.

This was a popular style among men in that era. Those who wore it came to be called “greasers” because of the amount of styling product used to hold the hair in place. 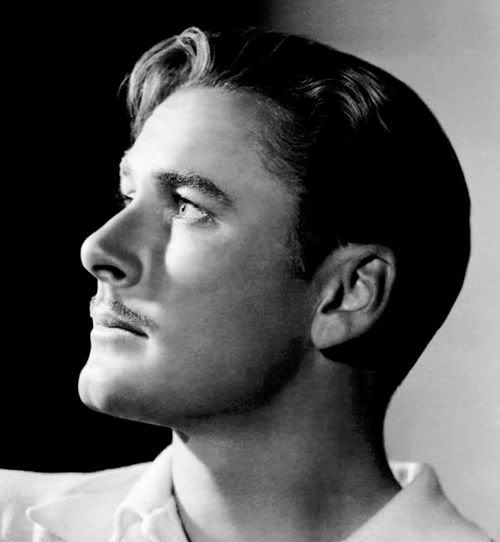 Another feature that was uniquely his was the pencil thin mustache he always wore. This held true no matter how the rest of his hair was styled or how long he allowed it to grow. He kept his beard cleanly shaved off and the mustache meticulously groomed so that it always looked exactly as he wanted it.

While he played several different swashbucklers in the movies, Errol also played in war movies, which were quite popular during that time. In almost all of these movies, he wore the same trademark style that came to be known as the Errol Flynn hairstyle.

This included not only his hair on top of his head, but also his mustache. While his health was not good as a rule, he was considered the epitome of the strong, virile, action hero during the active years of his career.