Dougie Poynter is a 24 year old English musician and vocalist. He currently plays bass and does some of the lead vocals for the band, McFly. He was also the winner in the eleventh series for the British talent contest, “I’m a Celebrity, Get Me out of Here!”. 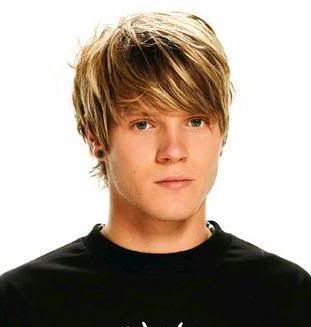 He has worn his hair in its natural dark color and dyed to almost blonde. Regardless of its color, he wears basically the same style most of the time. This style is a somewhat messy look, resembling someone who has just gotten out of bed and not brushed or styled his hair. However, a lot more effort goes into creating this look than one might imagine. 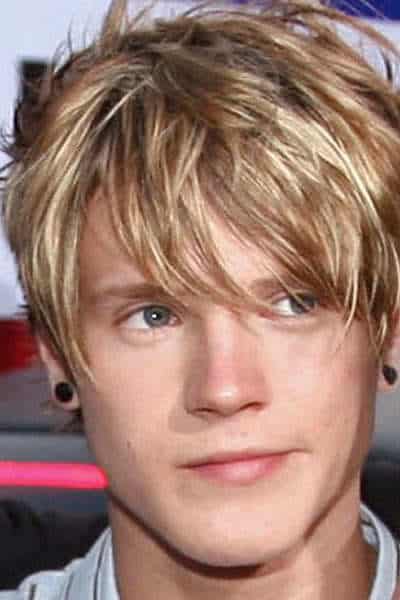 The hair is of a medium length that covers most of his ears. The top is long enough to allow him to have a fringe that comes down to just above his eyes. He is able to style it by applying a small amount of pomade to his fingers and running them through it. He does not use a brush or comb to achieve this particular look.

Using his fingers as a comb, he brings the top forward and angles it toward the side in front. There is no actual part in the hair as would be seen with a traditional comb over. A few locks are pulled away from the main body of the hair and angled off in random directions to create the messy appearance. 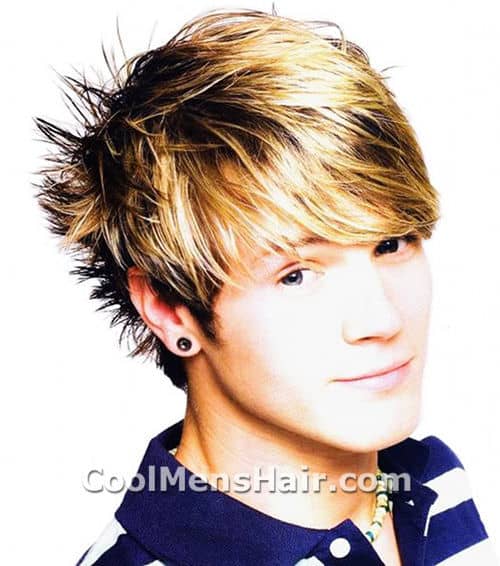 Dougie Poynter hair with short and spiked in the back.

The good news about the Dougie Poynter hairstyle is that it can easily be replicated and worn by almost anyone. It is a low maintenance style that can be put in place first thing in the morning and worn the whole day through without any need to run to a restroom and refresh it. The hair can move about some without destroying the overall effect of the style.