Hair stylists often disagree on what techniques to use to achieve a specific hairstyle. In truth, both parties are often right. This is because cutting and styling hair is more of an art than a science.

There are several different routes one can take to get to the same results. However, more and more people are beginning to have their hair cut at home. For this reason, it is important to have a basic understanding of different hair cutting techniques for men’s hair.

In general, there are three different methods used to cut hair. One is the use of electric clippers. This method is probably the most popular way to cut men’s hair. Another popular method is the use of special scissors known as barber shears. The final method is with a straight razor. This method works best when one is trying to create a deliberately disheveled look.

One technique that is quite popular whether one is using clippers or scissors is to use a comb to pull the hair away from the scalp and determine the length of the cut hair. This technique allows for changing lengths at various points in the cutting process to create the particular hairstyle one is seeking. A major difference in the two techniques is that clippers are best used on dry hair while scissors work better if the hair is damp.

One critical technique that should be observed regardless of the method being employed for cutting hair is cross checking. For all short hair styles and most other styles, it is important to ensure that the hair is cut to the same length on both sides. Failure to cross check can result in one side being longer than the other and throwing the entire style out of balance.

One commonly used technique for cutting men’s hair at home is the use of clipper guards. Hairstylists tend to discourage this practice though because the guards only allow for one uniform length of hair over the entire head. It is impossible to get the kind of results one can expect from a salon when this technique is employed. 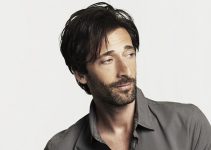 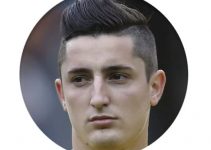